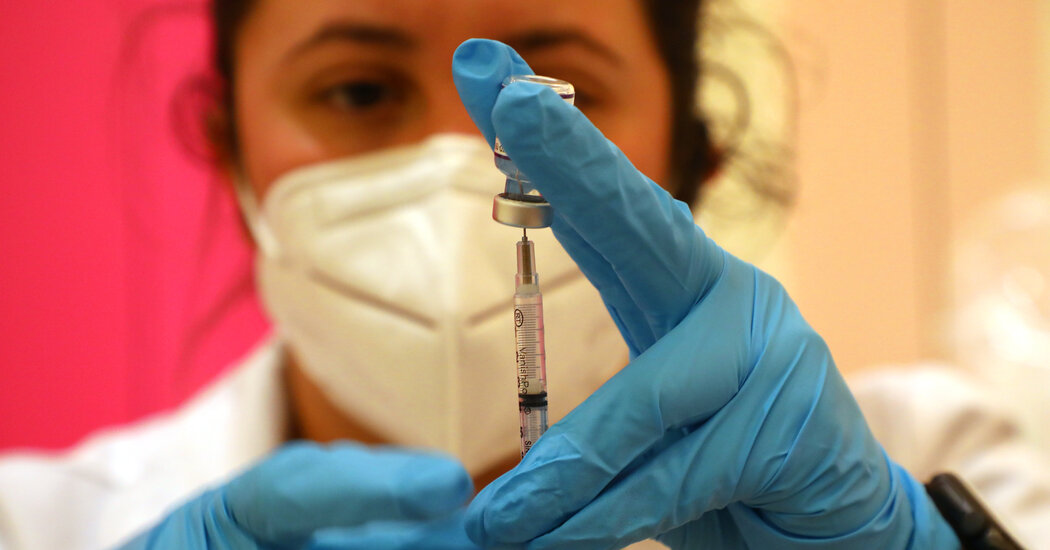 The Food and Drug Administration seems likely to allow Americans to switch vaccines when choosing a Covid-19 booster shot. That authorization, which could come this week, is the latest development in a long-running debate over whether a mix-and-match strategy helps protect people from the coronavirus.

Here are answers to some common questions about mixing and matching booster shots.

How is mix-and-match different?

Immunizations typically consist of two or more doses of the same vaccine. The Moderna vaccine, for example, is administered in two identical shots of mRNA, separated by four weeks.

A double dose can create much more protection against a disease than a single shot. The first dose causes the immune system’s B cells to make antibodies against a pathogen. Other immune cells, called T cells, develop the ability to recognize and kill infected cells.

The second shot amplifies that response. The B cells and T cells dedicated to fighting the virus multiply into much bigger numbers. They also develop more potent attackers against the enemy.

In recent years, some vaccine researchers have experimented with a switch from one vaccine to another for the second dose. This strategy is technically known as a heterologous prime-boost.

The pandemic spurred more research into this possibility. One of the first authorized heterologous prime-boost vaccines for any disease is the Sputnik V vaccine, developed last year by Russian researchers to prevent Covid-19. It uses two different adenoviruses to deliver coronavirus proteins, which the immune system then attacks. The first dose contains an adenovirus called Ad5, and the second contains another, called Ad26.

Scientists have long suspected that heterologous prime-boosts sometimes work better than two identical doses. The designers of the Sputnik V vaccine were concerned that the first shot of Ad5 would create antibodies not just against the coronavirus proteins it delivered, but also against Ad5 itself. A second shot of Ad5 might be wiped out by people’s immune systems before it could boost protection against Covid-19.

Studies of experimental H.I.V. vaccines also suggested that mixing vaccines could create a broader, more potent response than multiple doses of a single vaccine. Different types stimulate the immune system in different ways, and switching between two vaccines might give people the best of both worlds.

The pandemic gave scientists new opportunities to test that idea. As the AstraZeneca vaccine was quickly rolled out in Europe, it became clear that younger recipients run a small but real risk of developing blood clots. Young people who had already received one dose of AstraZeneca were offered a second dose of Pfizer-BioNTech.

The two vaccines are profoundly different. AstraZeneca’s formulation is based on a chimpanzee adenovirus. Pfizer and BioNTech make their vaccine with mRNA. When researchers looked at the immune response from this heterologous prime-boost, they found that it produced more antibodies than two shots of AstraZeneca alone.

A larger trial with 830 volunteers took place in Britain. Researchers gave two doses of AstraZeneca vaccines to some of the volunteers, two shots of Pfizer-BioNTech to others, and a mix to the rest. They found no concerning evidence that a heterologous prime-boost caused dangerous side effects. (Still, in their report, published last month, the British scientists cautioned that their study was too small to detect rare problems.)

The mix-and-match option could offer lifesaving flexibility in a world where Covid-19 vaccines remain in desperately short supply. If supplies were to run out before people got a second dose, they could switch to another vaccine and still get a strong immunity to the coronavirus.

So what about Covid vaccine boosters?

Vaccines against some diseases require more than two shots in a so-called primary series to reach the highest possible protection. In other cases, an additional booster shot, after the primary series, is needed to restore flagging immunity.

Over the summer, both the Moderna and Pfizer-BioNTech vaccines began showing some loss of effectiveness against infection, although they both remained strong against hospitalization. Nevertheless, the Biden administration began a push for boosters to restore people’s immune responses.

Pfizer and BioNTech ran trials of boosters of their vaccine, while Moderna ran its own studies. Last month, the F.D.A. authorized a Pfizer-BioNTech booster for certain groups of people who received two doses earlier this year. It is expected to do the same for Moderna this week.

On Friday, the F.D.A. advisers voted in favor of authorizing a second dose of Johnson & Johnson’s vaccine as a booster, to strengthen immunity in Americans who had received the first dose. But Dr. Peter Marks, the F.D.A.’s top vaccine regulator, said at the meeting that it was possible the agency would not require people to take the same vaccine as a booster.

How well do mix-and-match boosters work?

The studies of heterologous prime-boosts in Europe earlier this year suggested that mixed vaccines can still deliver good protection against Covid-19. In June, the National Institutes of Health started its own variation on these trials, looking at what happens when fully vaccinated people switch to a new vaccine for a booster.

Dr. Lyke and her colleagues found that switching boosters raised the level of coronavirus antibodies, no matter which combination people got. “Maybe these things are going to play well together,” she said in an interview. And switching to a new booster did not produce any notable side effects.

Dr. Lyke cautioned against drawing hasty conclusions from the results so far. The researchers hope that by next month they’ll know how well the different boosters increase T cells, not just antibodies. It’s possible that Johnson & Johnson’s vaccine will shine in those results.

“We’ll get a more rounded picture,” she said.

Will there be other booster options?

It’s entirely possible. Over 100 Covid-19 vaccines are now in clinical trials, with even more being tested in animals. Adam Wheatley, an immunologist at the University of Melbourne in Australia, predicted that some of those new vaccines could prove to be superior boosters.

Unlike vaccines made from mRNA or adenoviruses, those from companies like Sanofi-Pasteur and Novavax contain large amounts of viral proteins.

“I suspect the protein boosters will be really good,” Dr. Wheatley said. “When you come in with a relatively large dump of proteins to the body, it results in a quite robust recall of antibody responses.”

Nicolas Kressman, a spokesman for Sanofi-Pasteur, said the company was far along in trials of its protein-based vaccine as a booster for people who have already received other vaccines. “Our intention is also to develop our vaccine as a universal booster, able to boost immunity regardless of the vaccination first received,” he said.

It’s not yet clear how many Covid-19 boosters we will need to gain long-lasting protection. It’s conceivable that a single shot may be enough. But it’s also possible that Covid-19 vaccines will have to be given every year, much like a seasonal flu shot.

If Covid-19 boosters become an annual event, then a mix-and-match strategy should help enable more people to get vaccinated. It will be far easier for people to get regularly immunized if they don’t have to worry about receiving another shot of their original vaccine.

The flu offers a precedent for this plan. Each year, vaccine makers produce new batches of seasonal flu shots. Some are inactivated influenza viruses. Some contain live viruses that are too weak to make people sick. Others are made just of proteins from influenza proteins. The Centers for Disease Control and Prevention has no preference for which age-appropriate flu vaccine people get.

That sort of flexibility may also drive down the price of boosters.

“Cost considerations are definitely going to play a role,” Dr. Wheatley said. “When you rock up to your local CVS, they might not carry the Pfizer shot, and you might have to get the Sanofi product because that’s what’s more cost-effective.” 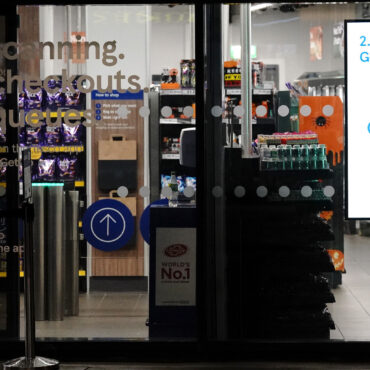 The firm’s high street store trial, which it has called GetGo, is in High Holborn in London Tesco is launching its first checkout-free high street store where shoppers can pick up their groceries and leave without the need for a till. It is the latest retail giant to open a store where checkouts are replaced by high-tech cameras designed to track the items shoppers place in their baskets. The firm’s […]