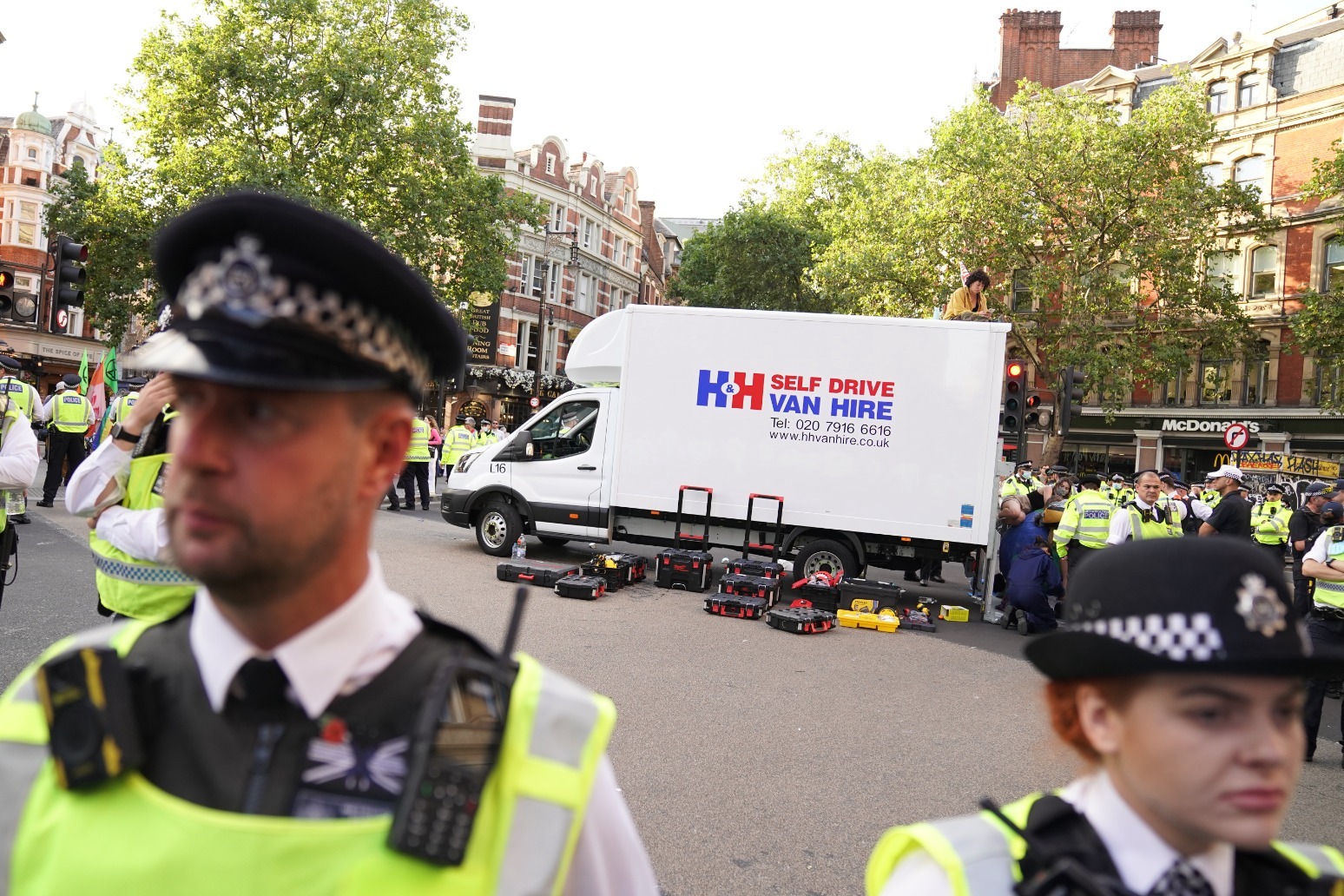 A further 40 people have been arrested at Extinction Rebellion protests as group’s action in central London continues.

The Metropolitan Police said the arrests were for a variety of offences.

It means that as of 5.30pm on Tuesday, the total number of arrests over the three days of activity by Extinction Rebellion stood at 102.

This includes 10 on Sunday and 52 on Monday.

Earlier on Tuesday, the climate protest group said two women had been arrested for spray painting the floor outside the HM Revenue & Customs (HMRC).

An elderly woman who lay in the road was carried off by four policemen and appeared to be arrested, with XR protesters suggesting this was for obstruction.

Other demonstrators lay in front of a banner saying “Government in bed with climate criminals”.

After gathering at Parliament Square, demonstrators ran towards slow-moving traffic on Whitehall for the second day of its planned 12-day mass protest.

A Transport for London spokesperson said that Parliament Street in Whitehall was blocked in both directions and that there was slow-moving traffic in pockets of central London near Embankment and in Westminster, with local delays expected.

Mike E, 72 – who declined to give his full name, joined XR in 2019 but protested in London for the first time on Tuesday.

He said that people labelling the climate activist group “extremist” was “nonsense”.

“We’re just ordinary human beings who’ve come from all over the country. We’ve different backgrounds and pasts. We may be a little more courageous than some others but that’s all. We’re all in this together,” he said.

“Extremism is just a way of being able to label an organisation that you don’t like that might encourage people to take power away from you. It’s nonsense.”

Gaby, 48, from Bristol – who also declined to give her full name, said she had been campaigning for environmental change since she was at school and said that XR had helped spur on a much-needed urgency to the movement.

She said: “For years and years you do little bits and small things happen but the change we need now is so urgent that as many people need to come out on the streets to show that they don’t agree with the direction our earth is going in.”

She added that as a mother, her “heart bleeds” for her sons’ futures, saying: “I’m a mother of two boys. One is grown up and another is almost out of school, and it’s really sad for me to know that in their heads are questions about whether it’s wise for them to have children and what their futures will look like.

“My heart bleeds for them and all the people who are already facing the crap we have here.”

A silent protest where a group of some 20 demonstrators wearing burlap fabric and their bodies painted white also walked down from Trafalgar Square towards Whitehall.

The giant pink table erected in the middle of a central London street by protesters on Monday has been dismantled by police.

Segments of the four-metre structure were seen being carried off by men in hard hats and blue overalls on Tuesday.

A cordon was put in place in the tourist hotspot of Covent Garden, blocking off parts of the Long Acre junction with Upper St Martin’s Lane.

Activists set up the large pink structure, which featured the words “come to the table”, on Monday and it contained built-in lock-ons where protesters could attach themselves to make their removal difficult for police. It also had sleeping quarters and a stereo system.

Some demonstrators were pictured standing on top of the structure waving pink flares.

XR kicked off its Impossible Rebellion protests on Monday when demonstrators blocked roads in central London, including around Trafalgar Square, as they demanded the Government immediately end investment in fossil fuels that are driving climate change.

On Sunday, ahead of the official start of the action, protesters gathered at Guildhall in central London, with three scaling the entrance to the building.

A crowd of about 200 people sang and cheered as the protesters sprayed red paint over the walls of the building and unfurled a banner reading “co-liberation freedom together”.

The Met said a “significant” operation would be in place for the protests over the bank holiday weekend but also acknowledged the activists’ “important cause”. 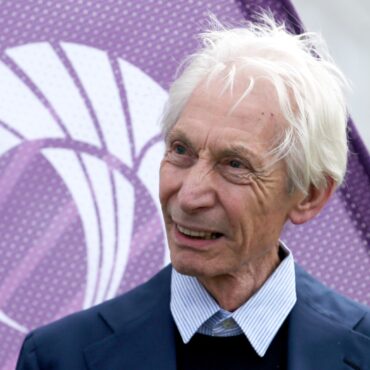 The Rolling Stones drummer Charlie Watts has died at the age of 80, his publicist has said. The musician, who marked his 80th birthday in June, had been a member of the rock group since 1963. A statement from his London publicist Bernard Doherty to the PA news agency said: “It is with immense sadness that we announce the death of our beloved Charlie Watts. He passed away peacefully in […]