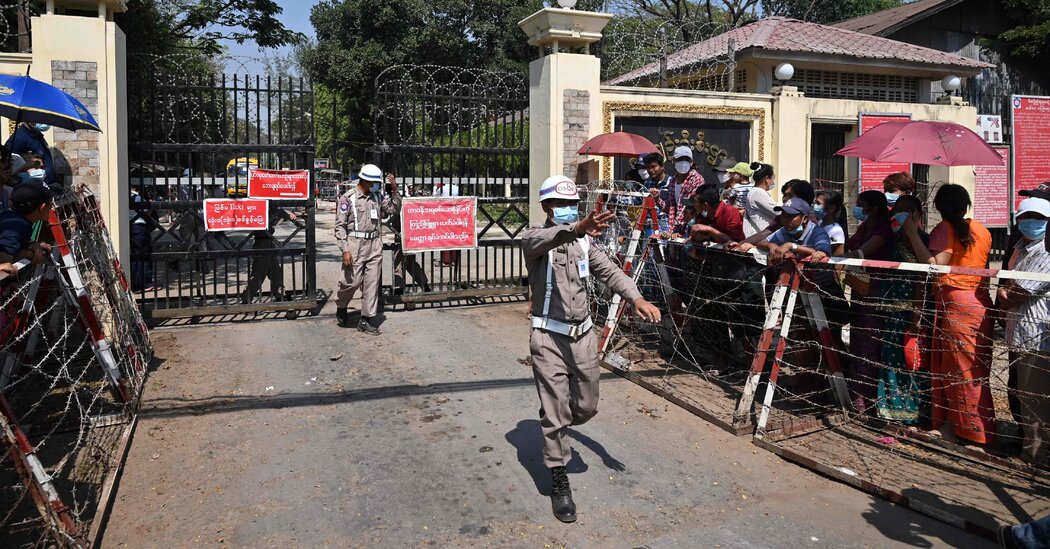 After nationwide protests erupted, the security forces responded by shooting some protesters, arresting others and raiding the homes of suspected critics. The A.A.P.P. says at least 1,723 civilians have been killed.

“The United States and Singapore share deep concerns about the situation in Myanmar and the challenges it poses to regional stability,” the two leaders said. “We continue to call for an end to violence against civilians in Myanmar, the release of all political detainees, including State Counselor Aung San Suu Kyi, President Win Myint and foreign detainees.”

Antony J. Blinken, the United States secretary of state, estimated in December that more than a million political prisoners are being held in more than 65 countries around the world.

“More individuals are being unjustly detained or convicted in sham trials with each passing day,” he said, citing the case of Ms. Aung San Suu Kyi, who was sentenced to six years in prison in December and January and faces a dozen more counts. Mr. Blinken urged countries detaining political prisoners to free them.

While numbers are difficult to come by, North Korea probably holds the most political prisoners of any nation, with estimates of 120,000 or more. Many are imprisoned in a vast network of forced labor camps that has been expanded under its brutal ruler, Kim Jong-un. In Egypt, where the armed forces commander, Abdel Fattah el-Sisi, seized power in 2013, human rights groups say the regime holds as many as 60,000 political prisoners.

In Southeast Asia, Myanmar has quickly outstripped the dismal records of its autocratic neighbors, including Vietnam, Cambodia and Laos, said Phil Robertson, the deputy Asia director for Human Rights Watch. 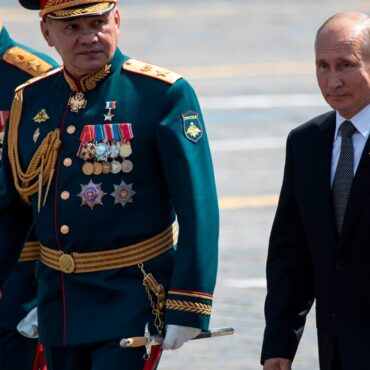 The Kremlin on Thursday dismissed American intelligence showing that President Vladimir V. Putin has been misinformed about his military’s struggles in Ukraine, and warned that such a “complete misunderstanding” of the situation in Moscow could have “bad consequences.”Dmitri S. Peskov, the Kremlin’s spokesman, also played down the notion that a meeting between Mr. Putin and President Volodymyr Zelensky of Ukraine could take place in April.“It turns out that neither the […]