N.Y.C.’s Workplace Vaccine Mandate Goes Beyond Those in U.S. 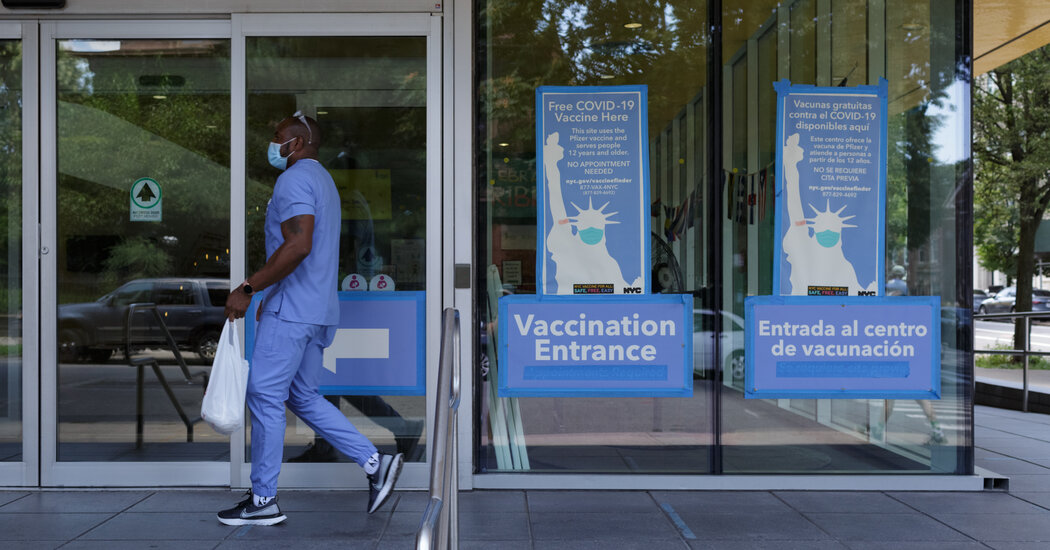 The coronavirus vaccine mandate for private employers in New York City, announced by Mayor Bill de Blasio on Monday, pushed the city’s workplace vaccination requirements well beyond those in most of the country, where local mandates are generally limited to the public sector and health care.

“It’s a significantly more sweeping policy than we’ve seen other cities put in place,” said Emily Gee, a senior fellow on health policy at the Center for American Progress.

At least twenty-two states now require coronavirus vaccination for some categories of workers, like those employed by the state or in health care settings or schools, according to the National Conference of State Legislatures. Dozens of counties and cities, including New York City, have also imposed vaccine requirements on those kinds of workers. But these mandates have largely left private-sector employers untouched.

Under New York City’s new mandate for private employers, employees who work in-person at private companies must have one dose of the vaccine by Dec. 27. Remote workers will not be required to get the vaccine. There is no testing option as an alternative.

At the federal level, the Biden administration’s mandates for government employees and the military are in effect, but those covering private employers are tied up in court.

The Occupational Safety and Health Administration issued an “emergency” rule in November requiring vaccination or weekly testing for most employees of companies with at least 100 workers, but the rule was stayed last month by a federal court, putting enforcement on hold. Similarly, a nationwide mandate covering most health care workers was recently blocked when a federal judge issued a preliminary injunction.

In general, under federal law, private employers can act on their own to require their workers to be vaccinated, and some major companies have done so, with apparent success. United Airlines, which requires its 67,000 U.S. employees to be vaccinated, said in September that more than 99 percent had complied. Tyson Foods said in October that more than 96 percent of its workers had their shots, up from less than half before the company announced its mandate in August.

A survey of employers last month found that more than half of respondents either already required employees to be vaccinated or planned to do so. The survey, conducted by Willis Towers Watson, a consulting firm, found that just three percent of respondents with vaccine mandates had seen a spike in staff resignations.

Some state governments, though, have adopted laws or issued orders forbidding employers from requiring workers to show proof of vaccination against the coronavirus.

Even so, labor experts say that workplace vaccination requirements are crucial, both to stop the spread of the virus and to encourage more people to return to the labor force.

“Employers are having a hard time getting workers, because workers don’t want to jeopardize their safety and their health,” said Debbie Berkowitz, a former chief of staff at OSHA.

Still, many businesses are reluctant to enforce their own vaccine requirements.

“Employers are hesitant to mandate vaccines, particularly in areas where there is a lot of hesitancy and where vaccines have been politicized,” Ms. Gee said.

With employers worried about alienating customers or workers, and federal efforts tied up in litigation, she said, it is up to local governments to step in with vaccine mandates for private workplaces.

“It is in cities’ self-interest to do this,” Ms. Gee said. 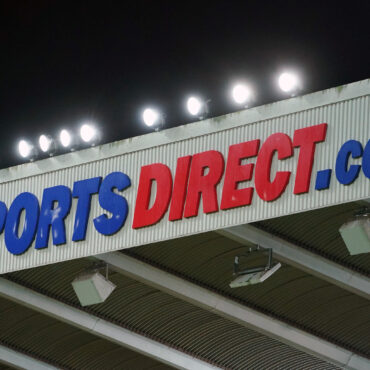 Work is said to be ongoing throughout this week The Sports Direct signage at St James’ Park is finally being removed, Newcastle have confirmed. The dismantling of the branding linked to unpopular former owner Mike Ashley has already been welcomed by Magpies fans on social media. Work began at the Leazes End of the ground and it is understood the work will be ongoing this week. Ashley was finally able […]