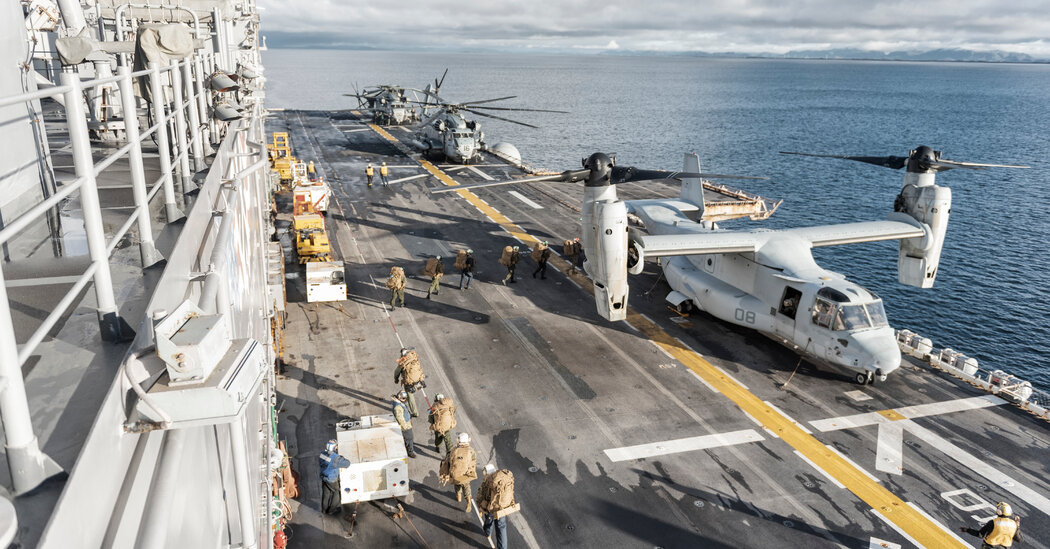 BRUSSELS — Pushing back against European complaints that the Biden Administration had failed to consult its allies over the withdrawal from Afghanistan, Jens Stoltenberg, NATO’s secretary-general, said those objections were exaggerated and that NATO had given unanimous approval for the withdrawal as far back as April.

Mr. Stoltenberg also said that talk of a new, separate European Union military force — which some have argued is necessary in the aftermath of the collapse of Afghanistan — could only weaken the trans-Atlantic alliance and divide the continent.

“You see different voices in Europe, and some are talking about the lack of consultation, but I was present in those meetings,” Mr. Stoltenberg said late Thursday in a wide-ranging interview at NATO’s headquarters. “Of course the United States consulted with European allies, but at the end of the day, every nation has to make their own decision on deploying forces.”

He acknowledged that the consultation was somewhat artificial, because once the United States decided to withdraw, he said, “it was hard for other allies to continue without the United States. It was not a realistic option.”

Mr. Stoltenberg is described by those familiar with his thinking as unhappy with the decision by President Biden to leave Afghanistan by Sept. 11 without conditions. He had urged “a conditional withdrawal” that would have required the Taliban to follow through on its vow to seek a negotiated political solution.

In the interview, Mr. Stoltenberg declined to confirm that version of his views, but argued that once NATO decided to support the Biden plan in April — in a meeting with no voiced objections from other allies — there was no point revisiting the decision.

NATO allies did push for a political process, Mr. Stoltenberg said, even after former President Donald J. Trump signed a bilateral deal with the Taliban in February of 2020 that excluded the Afghan government and set May 1 for American troop withdrawal. “The problem was that the Taliban did not want to negotiate if the government in Kabul was part of those negotiations,” he said.

Asked about the Taliban’s failure to keep its promises, Mr. Stoltenberg, with only a year left to his second term, sighed.

“We were all aware that this was a difficult decision and we were faced with a difficult dilemma,” he said, “threaten to leave and risk the Taliban returning, or to stay, but then with more fighting and more casualties.” Everyone understood the risks, he said, if not the speed of the Afghan government’s collapse.

Asked if he pushed Mr. Biden to insist on a conditioned withdrawal in their meeting on June 7, a week before Mr. Biden came to Brussels for his first NATO summit meeting, Mr. Stoltenberg shrugged. “The decision was made in April and all allies agreed,” he said, “so I felt that after the decision was made, then the main focus was on how to make sure that we were able to implement it in the best possible way.”

Mr. Biden has been pilloried in the United States for his decision to withdraw last month, against the advice of top generals, and for the rushed, chaotic evacuation.

But Mr. Stoltenberg, defending Mr. Biden, blamed the rapid collapse in Afghanistan not on Washington or NATO but on the Afghan government. “What we saw was a collapse of the political and military leadership, and that triggered the collapse of the whole defense against the Taliban.” Mr. Stoltenberg was asked whether the U.S. and NATO departures had a psychological and logistical impact that abetted the Afghan collapse. “There will be of course a lot of analysis and scholars looking into this,” he said. “My main focus is how we can preserve the gains made in the fight against terrorism and how you get people out of Afghanistan.”

Nearing the end of his second term, Mr. Stoltenberg is credited with trying to keep NATO together in the face of Mr. Trump’s public skepticism about its value and the American role in it. That meant defending Mr. Trump’s demands for more allied spending that sometimes bordered on the deferential.

But given the importance of the United States to an alliance where 80 percent of the military spending comes from countries that do not belong to the European Union, Mr. Stoltenberg has been openly solicitous and supportive of Mr. Biden, too, not just on Afghanistan but also on China, Washington’s primary diplomatic concern.

He said he was personally “heartbroken to see the Taliban being back,” but he insisted that for European nations the political difficulty of staying in Afghanistan had been underestimated.

“For European allies to go to their parliaments and ask for more money and more soldiers to send into harm’s way in Afghanistan in a mission launched to protect the United States” would have been very hard once Washington decided to leave, he said. “This is about more than European capabilities, this is about deep politics, about what’s reasonable to expect from allies that went in to support the United States.”

But a former French ambassador to NATO, Philippe Errera, suggested last week at a conference in Estonia that one of the lessons for NATO is to have more frank discussions with the United States, even if they are difficult.

Among NATO allies, said Mr. Errera, now director general of the French Foreign Ministry, there has been a “shared responsibility in not having used NATO for what it should be — a place where we can openly put the hard questions on the table.” Afghanistan may have been a special case, given 9/11, he said, but added: “We cannot just sweep the elephant under the rug. Otherwise there comes a point where you can’t walk in the room anymore.”

In the aftermath of the collapse of Kabul, the European Union’s foreign policy chief, Josep Borrell Fontelles, has urged the creation of a new rapid-reaction force of some 5,000 troops or more to be able to handle operations like the Kabul airport without the Americans. Other Europeans have called for the revival of plans formed in the early 2000s to create battle groups of willing countries, and some have even resurfaced an older unrealized goal of having 50,000-60,000 troops able to deploy within 60 days for up to a year.

This is a recurring argument for Mr. Stoltenberg and one he regards as deeply damaging to trans-Atlantic security. While always urging more military spending from European allies, he said “any attempt to weaken the bond between Europe and North America will not only weaken NATO, it will divide Europe itself,” a longstanding goal of Moscow.

“We’ve been pushing for more European allies to do more on defense, but not as an alternative but as part of NATO,” he said. “Any attempt to establish parallel structures, to duplicate the command structure, will weaken our joint capability to work together because with scarce resources we need to prevent duplication.”

Asked about the dangers of mixing the war on terrorism with nation-building, Mr. Stoltenberg hesitated. NATO’s job was combating terrorism, he said, and governments and aid agencies made their own choices about nation-building. NATO tried to provide them security, but concentrated on its own mission.

The failures of Western intervention should remind everyone, he said, “how serious it is to use military force and to go into another country.” If history has any lesson, he said, “it’s that it’s easier to start a military operation than to end it.” 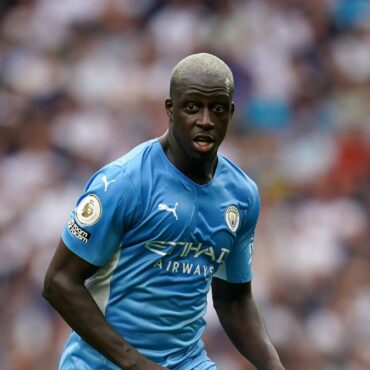 Benjamin Mendy will go on trial early next year accused of the rape of two women and the sexual assault of a third alleged victim. The Manchester City left-back spoke only to confirm his name during the 45-minute hearing at Chester Crown Court, where a date of January 24, 2022 was set for his trial, accused of four counts of rape and one of sexual assault. The 27-year-old, wearing a […]