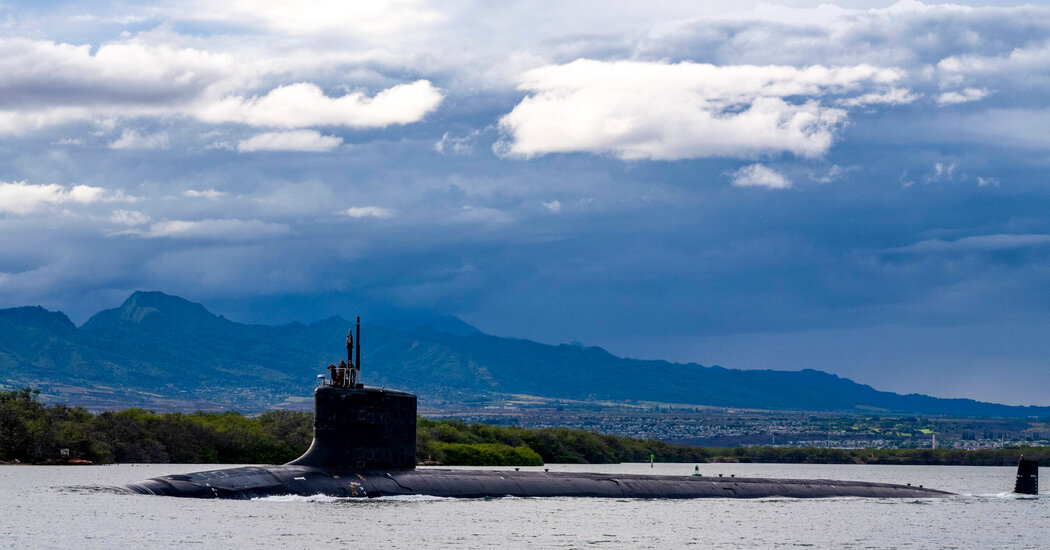 WASHINGTON — A nuclear engineer for the U.S. Navy and his wife have been charged with trying to share some of the United States’ most closely held secrets on submarine technology with another country, according to court documents unsealed on Sunday.

The engineer, Jonathan Toebbe, was accused of trying to sell information on the nuclear propulsion system of U.S. Virginia-class attack submarines — the technology at the heart of a recently announced deal with Britain and Australia.

While rivals like Russia and China have long sought details of U.S. submarine propulsion, it was unclear whether the unsolicited offer was to an adversary or an ally.

Mr. Toebbe has worked for the military as a civilian since 2017 and was originally part of the active-duty Navy. He has worked on naval nuclear propulsion since 2012, including on technology devised to reduce the noise and vibration of submarines, which can give away their location.

The classified material in question included designs that could be useful to many different countries building submarines. In the Australia deal, the United States and Britain would help the country to deploy nuclear-powered submarines, which are equipped with nuclear propulsion systems that offer limitless range and run so quietly that they are hard to detect.

Nuclear propulsion is among the most closely held information by the U.S. Navy because the reactors are fueled by highly enriched uranium, which can also be converted to bomb fuel for nuclear weapons. Building compact, safe naval reactors is also a difficult engineering task. Until the deal with Australia, the United States had shared the technology with only Britain, starting in 1958.

According to the court documents, the investigation into the Toebbes began in December 2020, when the F.B.I. obtained a package that had been sent to another country with operational manuals, technical details and an offer to establish a covert relationship. The package was intercepted in the other country’s mail system and sent to an F.B.I. legal attaché.

“Please forward this letter to your military intelligence agency,” a note in the package read. “I believe this information will be of great value to your nation. This is not a hoax.”

The F.B.I. followed the instructions in the package and began an encrypted conversation, in which the sender offered Navy secrets in return for $100,000 in cryptocurrency.

Over a series of exchanges, the F.B.I. persuaded the sender to leave information at a dead drop in return for cryptocurrency payments. The F.B.I. then observed Mr. Toebbe and his wife, Diana Toebbe, at the location of the drop, in West Virginia.

With Ms. Toebbe acting as a lookout, Mr. Toebbe left an SD card concealed inside half a peanut butter sandwich in a plastic bag, according to the court documents. After the undercover agent retrieved the sandwich, Mr. Toebbe was sent $20,000.

Agents then set up another dead drop in Pennsylvania and a third in Virginia, where they said Mr. Toebbe deposited an SD card concealed in a package of chewing gum.

While working at the Bettis Atomic Power Laboratory, a little-known government research facility in West Mifflin, Pa., Mr. Toebbe would have had access to the documents that he is accused of passing to the undercover F.B.I. officer.

Many of the details of the exchanges were redacted in the court documents, but there was a reference to scaled drawings and maintenance details. One cited a note, which the documents suggest was written by one of the Toebbes, that the information “reflects decades of U.S. Navy ‘lessons learned’ that will help keep your sailors safe.”

The F.B.I. and the Naval Criminal Investigative Services arrested Jonathan and Diana Toebbe on Saturday. They will appear in federal court in Martinsburg, W.V., on Tuesday. 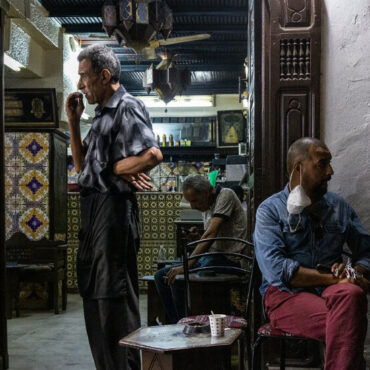 ‘What Have We Done With Democracy?’ A Decade On, Arab Spring Gains Wither

TUNIS, Tunisia — For roughly three months after Tunisians toppled their dictator in January 2011 in an eruption of protest that electrified the Arab world, Ali Bousselmi felt nothing but “pure happiness.”The decade that followed, during which Tunisians adopted a new Constitution, gained freedom of speech and voted in free and fair elections, brought Mr. Bousselmi its own rewards. He co-founded a gay rights group — an impossibility before 2011, […]