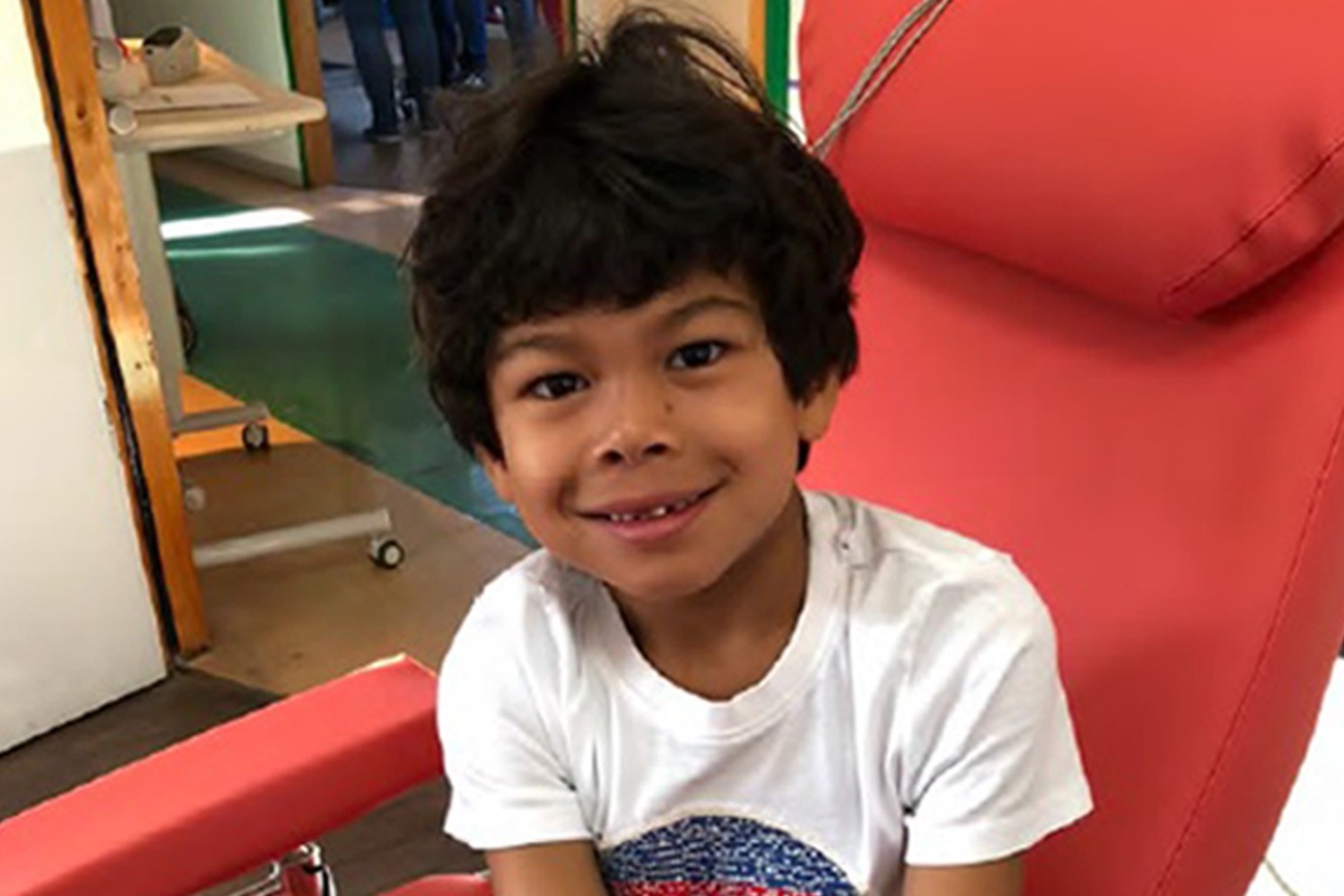 Around 1,500 people in England with certain types of spinal muscular atrophy will be able to have risdiplam

A treatment for a rare genetic disorder is being made available on the NHS in the hope it can help “transform” the lives of children and adults by improving their mobility.

Around 1,500 people in England with certain types of spinal muscular atrophy (SMA) will be able to have risdiplam, following a recommendation from the health watchdog.

The drug, also called Evrysdi and made by pharmaceutical giant Roche, is a syrup which can be taken at home and is the first non-injectable treatment for the condition.

SMA is a progressive neuromuscular condition affecting the nerves in the spinal cord controlling movement and can cause paralysis, muscle weakness and progressive loss of mobility.

Risdiplam has initially been recommended for limited use for people with certain types of SMA as part of a deal known as a managed access agreement between NHS England and the drugs firm, the National Institute for Health and Care Excellence (Nice) said.

The organisation said it could not recommend the drug for routine commissioning at this stage due to cost-effectiveness, and added that more data will be collected before a decision on whether to recommend it for more widespread use on the NHS.

The list price of risdiplam is £7,900 per 80 ml vial but a deal – details of which are confidential – has been struck to make it available to the NHS with a discount.

NHS England chief executive Amanda Pritchard said: “In the last three years the NHS has revolutionised care for people with SMA, by securing access to a trio of innovative treatments- Spinraza, Zolgensma and now risdiplam – where three years ago clinicians had no effective medicines at all.

“Spinal Muscular Atrophy is a cruel disease and the leading genetic cause of death among babies and young children, which is why NHS England has been determined to make these treatment available to people as soon as possible to help transform the lives of patients and their families.”

Meindert Boysen, deputy chief executive and director of the centre for health technology evaluation at Nice, said they were pleased to recommend a “convenient oral treatment for people with SMA that can be administered at home”.

He said: “This will not only be less burdensome, and therefore have a positive impact on the lives of both people with SMA and their caregivers, but it will also reduce the treatment administration requirements for the NHS.

“In practical terms, the availability of an oral drug should lead to greater adherence to treatment, along with giving access to a treatment to those who aren’t able to have other currently recommended options.”

NHS England said babies as young as two months can be treated with the drug.

The mother of a nine-year-old boy from London who was the first patient from the UK to receive risdiplam through a clinical trial, described as “absolutely amazing” the change she has seen in him.

Melvil Vedrenne-Cloquet, who started taking the drug when he was five, said she has shown “really positive results” and “faces a brighter future”, his mother Eve Chirdkiatisak said.

She added: “It’s fantastic for the other children and their families out there that it will now be available on the NHS, because when it comes to a diagnosis of SMA, time is of the essence.

“Children will never get what they have lost back, so the faster they can get the right medicines the better.”

Tim Paine has stepped down as captain of the Australia Test cricket team less than three weeks before the Ashes over a sexting exchange with a former colleague. Paine, 36, had been expected to lead his side in the series against England which starts in Brisbane on December 8, but made the “incredibly difficult decision” to leave the role. The wicketkeeper-batsman did not speak about the nature of the messages […]