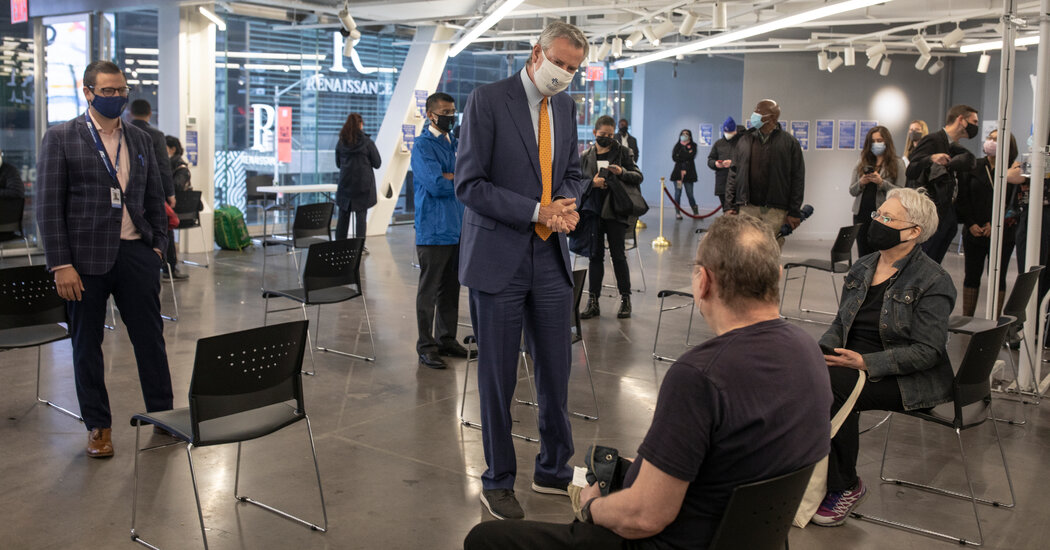 Mayor Bill de Blasio announced a sweeping Covid vaccine mandate for all private employers in New York City on Monday morning to combat the spread of the Omicron variant.

Mr. de Blasio said the aggressive measure, which takes effect Dec. 27 and which he described as the first of its kind in the nation, was needed as a “pre-emptive strike” to stall another wave of coronavirus cases and help reduce transmission during the winter months and holiday gatherings.

“Omicron is here, and it looks like it’s very transmissible,” he said in an interview on MSNBC. “The timing is horrible with the winter months.”

New York City has already put vaccine mandates in place for city workers and for indoor dining, entertainment and gyms. Nearly 90 percent of adults in the city now have at least one dose of the vaccine.

But Mr. de Blasio said the city must go further to combat another wave of the virus in New York City, once the epicenter of the pandemic. Some private employers have required employees to get vaccinated, but many others have not.

The mayor also announced that the rules for dining and entertainment would apply to children ages 5 to 11, starting on Dec. 14, and the requirement for adults will increase from one dose of a vaccine to two starting on Dec. 27.

Mr. de Blasio, a Democrat with less than a month left in office, said he was confident the new mandate would survive any legal challenges.

“We are confident because it’s universal,” he said of the mandate. 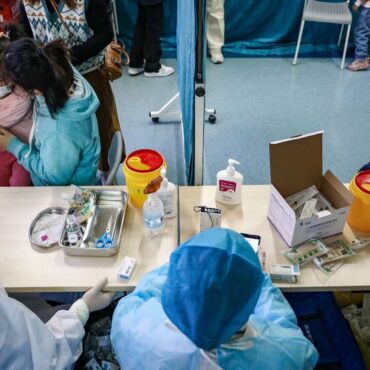 As the rest of the world struggles to vaccinate adults in the face of a threat from a new coronavirus variant, China has embarked on an ambitious campaign that it says will give the country better protection against Covid-19: full inoculation of 160 million of its youngest citizens by the end of the year.The campaign — powered in part with red flower stickers, balloons and boxes of toys for children […]