New York’s Travel Restrictions To Be Lifted From European Countries 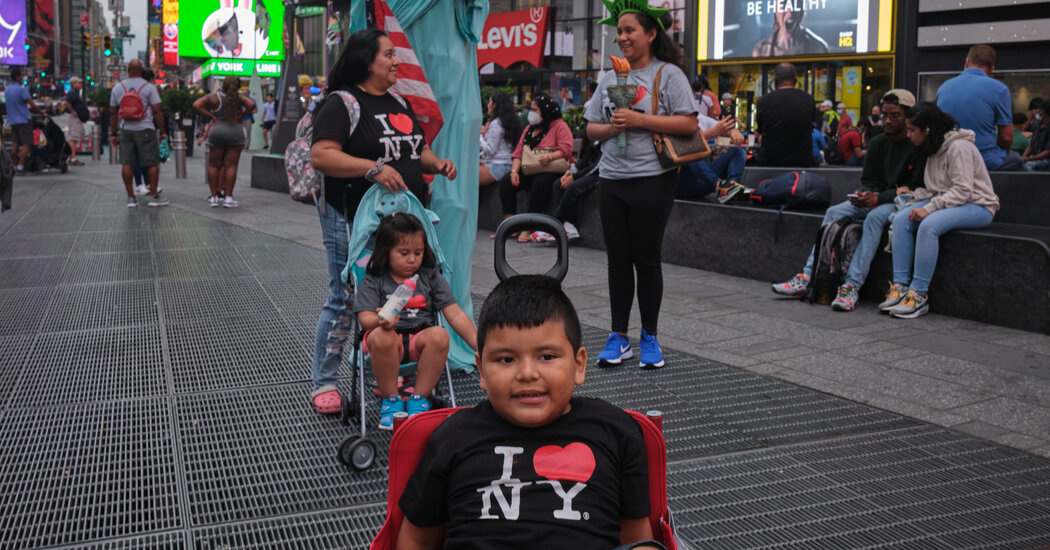 Tourism officials in New York City welcomed the news on Monday that restrictions on travel to the United States by those fully vaccinated against the coronavirus would be eased in November. It was a sign of hope for a city whose famed retail corridors and hotel and leisure sectors have been pummeled without international tourists during the pandemic.

International visitors have been a critical driver of growth in New York City’s economy for years, helping to fuel a steady rise in the number of hotels and restaurants in the city and the jobs they support.

Though travelers from abroad account for just one-fifth of the city’s visitors, they generate 50 percent of the city’s tourism spending, because they stay longer and shop more, and 50 percent of hotel room occupancy, according to Fred Dixon, the chief executive of NYC & Company, the city’s tourism promotion agency. Mr. Dixon welcomed the administration’s decision on Monday, calling it “a shot in the arm for the industry.”

The restrictions will be lifted for vaccinated travelers including from European countries, which sent millions of tourists to New York City in the years before the pandemic. More than 1.25 million visitors from Britain traveled to New York City in 2018, the most from any single country, according to an analysis of tourism data by Baruch College. Britain and the rest of the European Union accounted for nearly half of all international visitors that year.

Businesses that cater to tourists have been hit the hardest by the pandemic, with the restaurant, hotel and performing-arts industries sustaining the biggest and most sustained job losses. A new report from the Center for New York City Affairs at the New School showed that employment in the city’s hotel industry was still down 60 percent from prepandemic levels, and the number of jobs in full-service restaurants was still down 40 percent.

“Everyone says New York is back, New York is back, but it’s not really back until tourists are back from all countries,” said Leyla Saleh, 28, a pastry chef whose father’s gift shop in Midtown was forced to shut down last year because he did not have enough business.

“American tourists don’t shop like foreigners, we didn’t stand a chance,” she said. “Now we all work in different jobs to get by.”

Major retail districts that depend on international tourists and their spending, notably the SoHo neighborhood and the luxury mall known as the Shops at Hudson Yards, have struggled without them.

Before the pandemic, visitors to New York City from other countries peaked at 13.5 million a year in 2019, according to data compiled by NYC & Company. The figure plunged last year to 2.4 million, almost all of whom arrived before the pandemic took hold in early March and travel restrictions were imposed.

NYC & Company had predicted that the figure would nearly double this year to 4.6 million, a projection that hinged on a relaxation of travel restrictions by the Biden administration.

The agency has estimated that it will take until 2025 for the city to recover all of the international tourism that it lost because of the pandemic.

Luke Miller, the owner of Real New York Tours, which conducts walking tours, said that for his business, the lifting of the ban on international visitors was the “best news I’ve had since the outbreak of Covid.”

Before the virus, 65 to 70 percent of his business came from international travelers, Mr. Miller estimated, and he had to lay off 15 tour guides soon after the pandemic began.

Jared Goldstein, an independent tour operator in New York City, said that he was thrilled by the news. His business was down more than 90 percent in 2020 from 2019, he estimated.

“I’m so happy to welcome them back,” he said. Already Monday morning he’d reached out to a client in England who plans group tours to tell him that he could finally solidify his plans. The client responded promptly that he’d be bringing a group in February, Mr. Goldstein said. He welcomed the fact that only vaccinated international travelers will be permitted to visit the United States.

“I’m a New Yorker and I want locals to be safe,” he said.

In Canada, Will Young Voters Turn Out for the NDP and Jagmeet Singh?

Ditching a collared dress shirt for a sleeveless hoodie, Jagmeet Singh, the leader of the left-leaning New Democratic Party, sways to the music in a recent TikTok video recreating a viral dance trend, with text overlaid about how youth voters are “going to make history” this election.But political analysts aren’t convinced TikToks and streams on Twitch — another social media platform he has appeared on — will translate into votes.Mr. […]