New Zealand’s Sea Lions Are Back, and Crashing Golf Courses and Soccer Matches 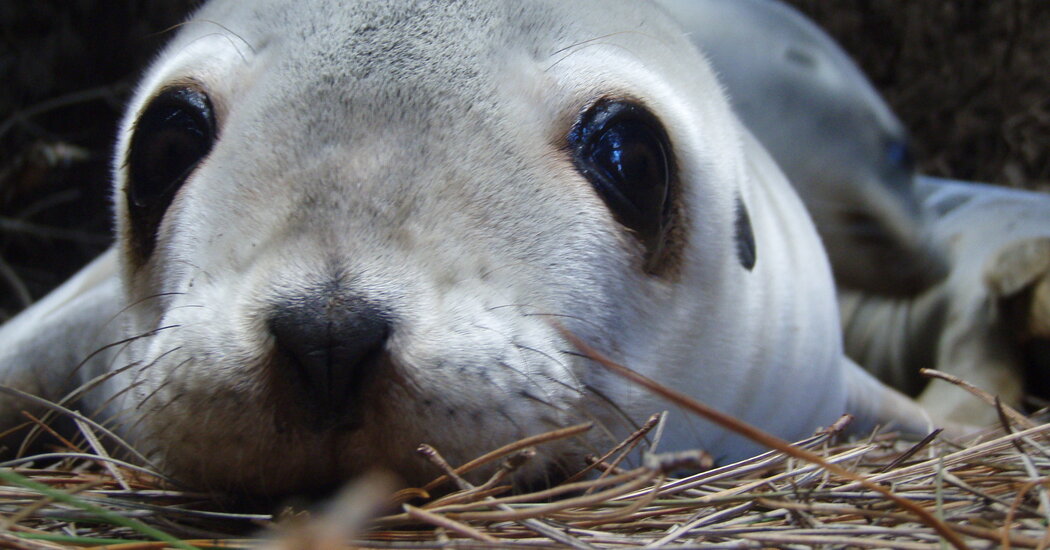 They have surprised the users of public toilets by their sudden appearances and stopped a children’s soccer match by ambling onto the field. They have frolicked in a community swimming pool and shut down an urban road for weeks. One even gave birth near the 13th hole of a golf course.

Sea lions once flourished along New Zealand’s coasts. But over hundreds of years, human hunting diminished their numbers and drove them to subantarctic islands hundreds of miles south. In recent decades the animals — which are one of the world’s rarest sea lion species — began, slowly and unexpectedly, to return to New Zealand’s mainland.

It is a conservation story of hope and possibility. But with many of the sea lions’ former breeding grounds now populated by humans, scientists say that this time, New Zealanders will have to learn to share.

A study published Sunday in Methods in Ecology and Evolution suggests a new way to do that — combining algorithmic modeling that predicts where species will settle with on-the-ground information from those who regularly encounter the wildlife.

Man-made hazards like roads and fences, which do not always appear on maps, can be overlooked in algorithmic modeling, meaning that predictions of where the sea lions will roam can be way off. By working closely with wildlife rangers and sea lion experts, New Zealand’s Department of Conservation, which helped fund the research, hopes to better identify appealing habitats and spot potential threats to the animals in a more accurate and realistic way than before.

“One way it will help is the public awareness and engagement and knowing which communities to target as the population expands,” said Laura Boren, a science adviser for the conservation agency. “We can get people ready for sea lions coming to their town.”

With no part of New Zealand located more than 80 miles from the sea, and children learning the names of native trees and birds at school, Ms. Boren added that many New Zealanders are keenly interested in conservation — making them well-placed to adapt to sharing beaches and hikes with cheeky, curious sea lions.

Some human encounters have been whimsical — one animal prompted the closure of a saltwater swimming pool in the city of Dunedin, on the country’s South Island, when it lolled near the toddlers’ pool and had to be coaxed into leaving the complex through the electronic doors. But sea lions have occasionally been deliberately killed, or hit by cars. A monthlong road closure to protect a mother and her pup in January, also in Dunedin, provoked some frustration among locals.

“We need to educate people that these guys are supposed to be here,” said Louise Chilvers, an ecologist at Massey University in New Zealand who was not involved in the research. “They are animals, they are part of the ecosystem. You respect them, and they’ll respect you.”

Sea lions are not aggressive, but the largest males can grow as heavy as cows. Their sheer bulk, as well as their noisy grunts when startled, can be intimidating.

The new model for predicting suitable habitats showed that integrating sea lions back into New Zealand will require some creativity. Veronica Frans, the study’s lead author and a Ph.D. student in quantitative ecology at Michigan State University, found 395 sites identified as suitable habitats for New Zealand sea lions using algorithm-based modeling. But when the study’s additional data from sources like rangers and scientists was factored in, the suitability of 90 percent of the locations was called into question because of human impact, such as roads and fences.

Why these sea lions, which are estimated at about 10,000 animals, are returning to New Zealand from their subantarctic island habitat is something of a mystery. The first female made a pilgrimage to the mainland to birth a pup in 1993, and repopulation has been slow.

Their return home is even more curious given sea lions are highly philopatric, meaning they tend to breed extremely close to where they were born — sometimes within a few hundred feet.

But given the harsh climate of the subantarctic islands and more plentiful fish stocks in waters off the warmer mainland, the animals are faring better in their original home — humans and all, Dr. Chilvers said.

“They’re coming back, whether we like it or not,” she added.

But planning for the sea lions’ return does not necessarily mean humans must give up swathes of New Zealand’s coast, Ms. Frans said.

“It’s difficult because we imagine protected areas being areas that kind of kick people out, but people are allowed to be integrated in those places,” she said, adding that she had recently learned of signs that help drivers in some parts of New Zealand to share roads with sea lions. “It’s more that we find a balance.” 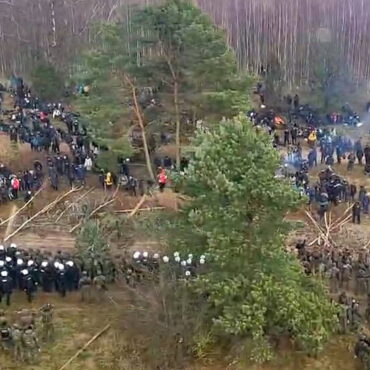 new video loaded: Hundreds of Migrants Gather at Belarus-Poland BordertranscriptBackbars0:00/1:20-1:20transcriptHundreds of Migrants Gather at Belarus-Poland BorderMore than 1,000 people, largely from the Middle East, camped at the Belarus-Poland border in frigid weather seeking to enter Poland. Belarus has pressured the West by orchestrating a refugee crisis at its borders with the European Union.Announcement: “Crossing the border is legal only at border crossings. Attention, attention.” “We don’t have water, don’t have […]