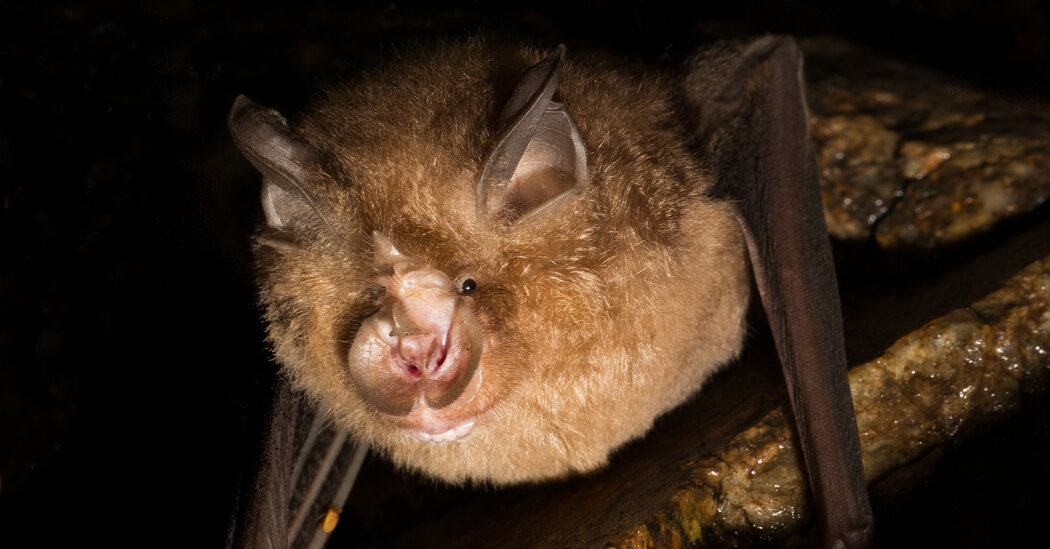 In the summer of 2020, half a year into the coronavirus pandemic, scientists traveled into the forests of northern Laos to catch bats that might harbor close cousins of the pathogen.

In the dead of night, they used mist nets and canvas traps to snag the animals as they emerged from nearby caves, gathered samples of saliva, urine and feces, then released them back into the darkness.

Three of the Laos coronaviruses were unusual: They carried a molecular hook on their surface that was very similar to the hook on the virus that causes Covid-19, called SARS-CoV-2. Like SARS-CoV-2, their hook allowed them to latch onto human cells.

“It is even better than early strains of SARS-CoV-2,” said Marc Eloit, a virologist at the Pasteur Institute in Paris who led the study, referring to how well the hook on the Laos coronaviruses binds to human cells. The study was posted online last month and has not yet been published in a scientific journal.

Virus experts are buzzing about the discovery. Some suspect that these SARS-CoV-2-like viruses may already be infecting people from time to time, causing only mild and limited outbreaks. But under the right circumstances, the pathogens could give rise to a Covid-19-like pandemic, they say.

The findings also have significant implications for the charged debate over Covid’s origins, experts say. Some people have speculated that SARS-CoV-2’s impressive ability to infect human cells could not have evolved through a natural spillover from an animal. But the new findings seem to suggest otherwise.

“That really puts to bed any notion that this virus had to have been concocted, or somehow manipulated in a lab, to be so good at infecting humans,” said Michael Worobey, a University of Arizona virologist who was not involved in the work.

These bat viruses, along with more than a dozen others discovered in recent months in Laos, Cambodia, China and Thailand, may also help researchers better anticipate future pandemics. The viruses’ family trees offer hints about where potentially dangerous strains are lurking, and which animals scientists should look at to find them.

Last week, the U.S. government announced a $125 million project to identify thousands of wild viruses in Asia, Latin America and Africa to determine their risk of spillover. Dr. Eloit predicted that there were many more relatives of SARS-CoV-2 left to find.

“I am a fly fisherman,” he said. “When I am unable to catch a trout, that doesn’t mean there are no trout in the river.”

When SARS-CoV-2 first came to light, its closest known relative was a bat coronavirus that Chinese researchers found in 2016 in a mine in southern China’s Yunnan Province. RaTG13, as it is known, shares 96 percent of its genome with SARS-CoV-2. Based on the mutations carried by each virus, scientists have estimated that RaTG13 and SARS-CoV-2 share a common ancestor that infected bats about 40 years ago.

Both viruses infect cells by using a molecular hook, called the “receptor-binding domain,” to latch on to their surface. RaTG13’s hook, adapted for attaching to bat cells, can only cling weakly to human cells. SARS-CoV-2’s hook, by contrast, can clasp cells in the human airway, the first step toward a potentially lethal case of Covid-19.

To find other close relatives of SARS-CoV-2, wildlife virus experts checked their freezers full of old samples from across the world. They identified several similar coronaviruses from southern China, Cambodia, and Thailand. Most came from bats, while a few came from scaly mammals known as pangolins. None was a closer relative than RaTG13.

Dr. Eloit and his colleagues instead set out to find new coronaviruses.

They traveled to northern Laos, about 150 miles from the mine where Chinese researchers had found RaTG13. Over six months they caught 645 bats, belonging to 45 different species. The bats harbored two dozen kinds of coronaviruses, three of which were strikingly similar to SARS-CoV-2 — especially in the receptor-binding domain.

In RaTG13, 11 of the 17 key building blocks of the domain are identical to those of SARS-CoV-2. But in the three viruses from Laos, as many as 16 were identical — the closest match to date.

Dr. Eloit speculated that one or more of the coronaviruses might be able to infect humans and cause mild disease. In a separate study, he and colleagues took blood samples from people in Laos who collect bat guano for a living. Although the Laotians did not show signs of having been infected with SARS-CoV-2, they carried immune markers, called antibodies, that appeared to be caused by a similar virus.

Linfa Wang, a molecular virologist at the Duke-NUS Medical School in Singapore who was not involved in the study, agreed that such an infection was possible, since the newly discovered viruses can attach tightly to a protein on human cells called ACE2.

“If the receptor binding domain is ready to use ACE2, these guys are dangerous,” Dr. Wang said.

Paradoxically, some other genes in the three Laotian viruses are more distantly related to SARS-CoV-2 than other bat viruses. The cause of this genetic patchwork is the complex evolution of coronaviruses.

If a bat infected with one coronaviruses catches a second one, the two different viruses may end up in a single cell at once. As that cell begins to replicate each of those viruses, their genes get shuffled together, producing new virus hybrids.

In the Laotian coronaviruses, this gene shuffling has given them a receptor-binding domain that’s very similar to that of SARS-CoV-2. The original genetic swap took place about a decade ago, according to a preliminary analysis by Spyros Lytras, a graduate student at the University of Glasgow in Scotland.

Mr. Lytras and his colleagues are now comparing SARS-CoV-2 not just to the new viruses from Laos, but to other close relatives that have been found in recent months. They’re finding even more evidence of gene shuffling. This process — known as recombination — may be reshaping the viruses from year to year.

He and his colleagues are now drawing the messy evolutionary trees of SARS-CoV-2-like viruses based on these new insights. Finding more viruses could help clear up the picture. But scientists are divided as to where to look for them.

Dr. Eloit believes the best bet is a zone of Southeast Asia that includes the site where his colleagues found their coronaviruses, as well as the nearby mine in Yunnan where RaTG13 was found.

The U.S. government’s new virus-hunting project, called DEEP VZN, may turn up one or more SARS-CoV-2-like viruses in that region. A spokesman for USAID, the agency funding the effort, named Vietnam as one of the countries where researchers will be searching, and said that new coronaviruses are one of their top priorities.

Other scientists think it’s worth looking for relatives of SARS-CoV-2 further afield. Dr. Worobey of the University of Arizona said that some bat coronaviruses carrying SARS-CoV-2-like segments have been found in eastern China and Thailand.

“Clearly the recombination is showing us that these viruses are part of a single gene pool over hundreds and hundreds of miles, if not thousands of miles,” Dr. Worobey said.

Colin Carlson, a biologist at Georgetown University, suspects that a virus capable of producing a Covid-like outbreak might be lurking even further away. Bats as far east as Indonesia and as far west as India, he noted, share many biological features with the animals known to carry SARS-CoV-2-like viruses.

“This is this is not just a Southeast Asia problem,” Dr. Carlson said. “These viruses are diverse, and they are more cosmopolitan than we have thought.”

The interest in the origins of the pandemic has put renewed attention on the safety measures researchers are using when studying potentially dangerous viruses. To win DEEP VZN grants, scientists will have to provide a biosafety and biosecurity plan, according to a USAID spokesman, including training for staff, guidelines on protective equipment to be worn in the field and safety measures for lab work.

If scientists find more close cousins of SARS-CoV-2, it doesn’t necessarily mean they pose a deadly threat. They might fail to spread in humans or, as some scientists speculate, cause only small outbreaks. Just seven coronaviruses are known to have jumped the species barrier to become well-established human pathogens.

“There’s probably a vast range of other coronaviruses that end up going nowhere,” said Jessica Metcalf, an evolutionary ecologist at Princeton University.

Still, recombination may be able to turn a virus going nowhere into a new threat. In May, researchers reported that two coronaviruses in dogs recombined in Indonesia. The result was a hybrid that infected eight children.

“When a coronavirus that we have monitored for decades, that we think of as just something our pets can get, can make the jump — we should have seen that coming, right?” Dr. Carlson said. 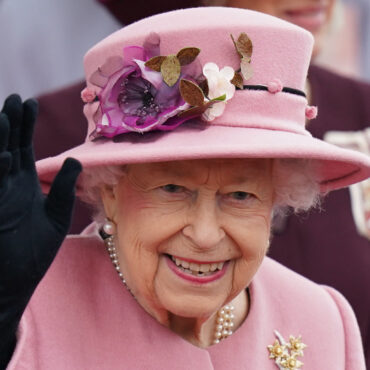 She spoke at the sixth session of the Senedd The Queen has affectionately described the Welsh Senedd as “grown up now”, as she met its members following the opening of the parliament’s sixth session. In a speech delivered in the Senedd chamber she listed the institution’s major developments since her last visit to Wales five years ago, and said a “debt of gratitude” was owed to its people for their […]