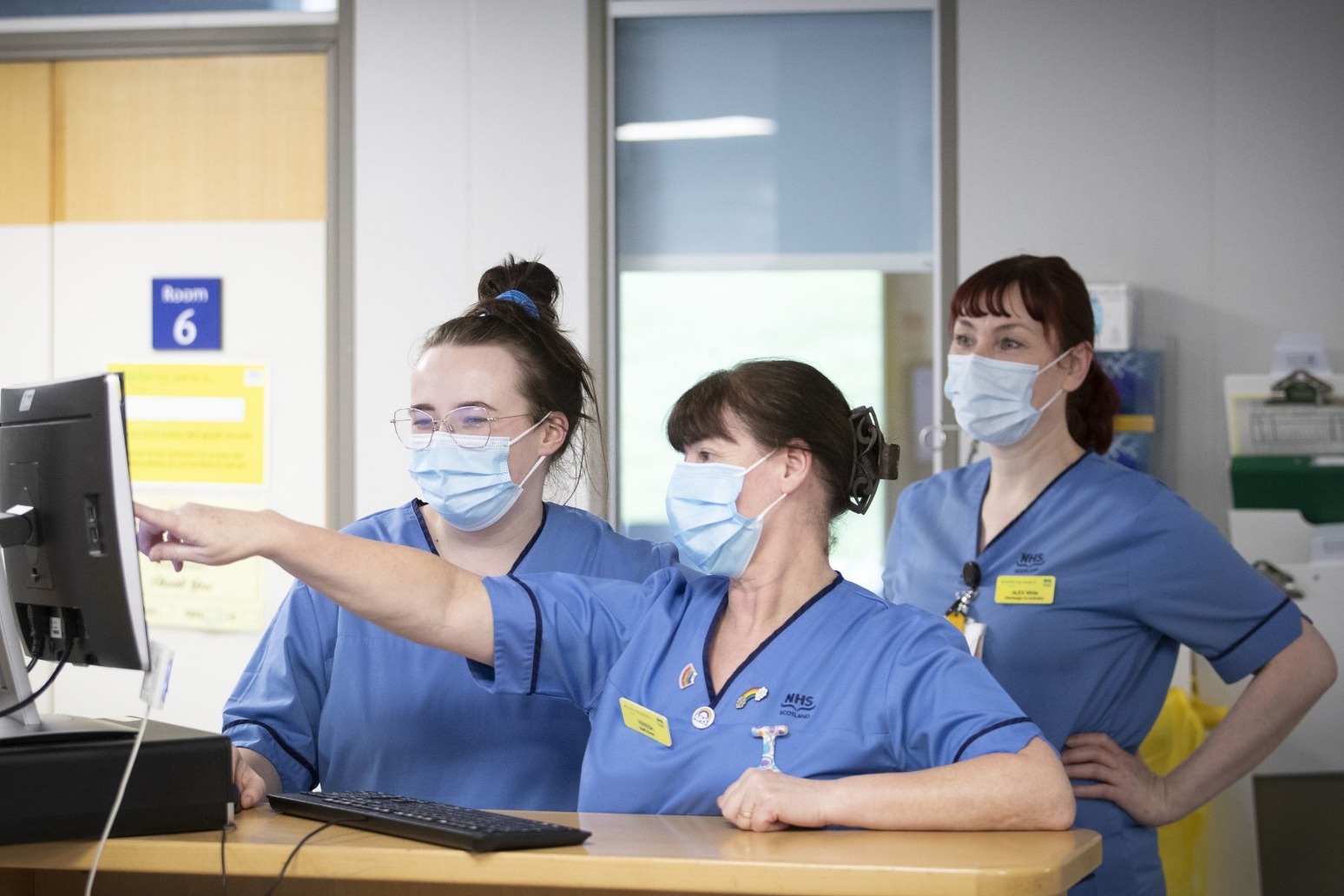 Around 100,000 NHS workers in England and Wales are being balloted for industrial action in protest at a “miserable“ pay offer.

Unite said the 4% increase for staff in middle pay bands announced by the Government last month is a “massive pay cut” because of soaring inflation.

The union will now consult with its 100,000 health members across the NHS in both England and Wales on whether they accept the “imposed deal” or want to challenge it through industrial action, which could mean strikes this winter.

Unite is recommending its members, including health visitors and speech therapists, vote yes to industrial action.

General secretary Sharon Graham said: “This offer is nothing other than a massive national pay cut for NHS staff.

“After everything they have been through with the Covid pandemic and the service this workforce gives this country day in, day out, this is a kick in the teeth from the Government and an insult to staff and patients alike.

“This ballot is a chance for our members to have their say, and, whatever they decide, they will have the full backing of their union, Unite.”

In England, the ballot closes on Sunday September 11 .

Colenzo Jarrett-Thorpe, Unite’s national officer for the NHS, said: “For the Government to demand that even this insulting pay offer is funded through existing NHS money is an appalling, irresponsible move.

“The health service is already at breaking point and needs urgent investment to stave off collapse, but we also need to reward staff properly. There are already 40,000 vacancies across the NHS. This dreadful pay offer will only make it far harder to recruit and retain staff.”

In Wales, the ballot closes on Friday September 15.

“They’ve given everything to help care for people through this extremely testing time, only to be told it is yet another cut to their pay.

“We understand the constraints on Welsh Government in terms of funding but more needs to be done to improve the pay of NHS workers. An improved pay offer is crucial to acknowledge what our members do, and to both recruit and retain staff.”

The Royal College of Nursing is also balloting its members for strikes over pay.

Written by Oscar Holland, CNNContributors Alex Rees, CNNJacqui Palumbo, CNNThe enduring image of Olivia Newton-John may always be one of permed hair, bare shoulders and black spandex on the set of "Grease". But the late actress and singer, who died Monday aged 73, was a fashion icon before -- and long after -- the blockbuster musical.Emerging in the early 1970s with a string of hit singles, Newton-John came to typify […]