No Way to Grow Up 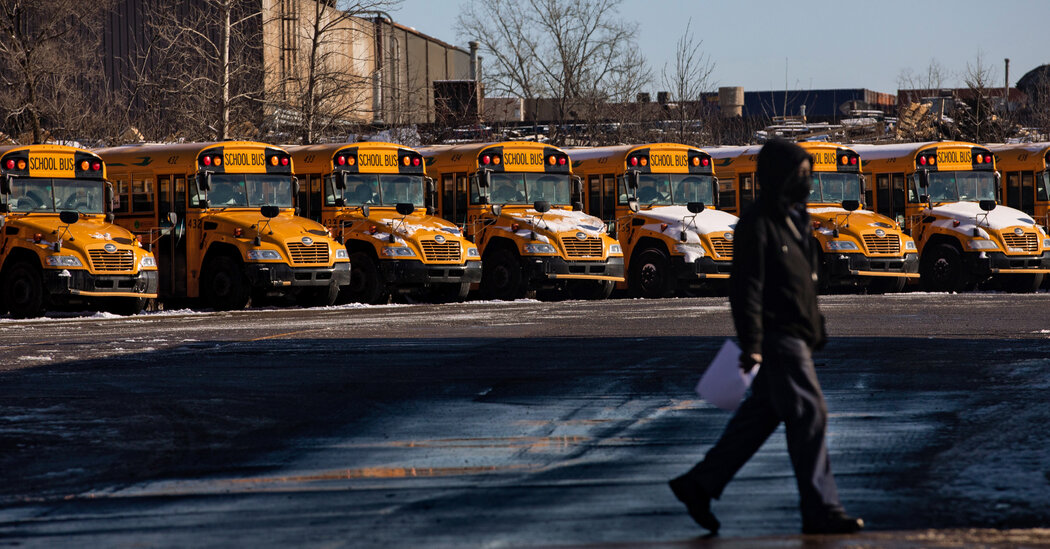 American children are starting 2022 in crisis.

I have long been aware that the pandemic was upending children’s lives. But until I spent time pulling together data and reading reports, I did not understand just how alarming the situation had become.

Today’s newsletter offers an overview of that crisis.

Children fell far behind in school during the first year of the pandemic and have not caught up. Among third through eighth graders, math and reading levels were all lower than normal this fall, according to NWEA, a research group. The shortfalls were largest for Black and Hispanic students, as well as students in schools with high poverty rates.

“We haven’t seen this kind of academic achievement crisis in living memory,” Michael Petrilli of the Thomas B. Fordham Institute told Politico.

Many children and teenagers are experiencing mental health problems, aggravated by the isolation and disruption of the pandemic. Three medical groups, including the American Academy of Pediatrics, recently declared a national state of emergency in children’s mental health. They cited “dramatic increases in emergency department visits for all mental health emergencies.”

Gun violence against children has increased, as part of a broader nationwide rise in crime. In Chicago, for example, 101 residents under age 20 were murdered last year, up from 76 in 2019. School shootings have also risen: The Washington Post counted 42 last year in the U.S., the most on record and up from 27 in 2019.

When The Morning asked parents and teachers about the situation in their local schools, we heard an outpouring of anguish:

Behavior problems have increased. “Schools across the country say they’re seeing an uptick in disruptive behaviors,” Kalyn Belsha of Chalkbeat reported. “Some are obvious and visible, like students trashing bathrooms, fighting over social media posts or running out of classrooms. Others are quieter calls for help, like students putting their head down and refusing to talk.”

Kelli Tuttle, a teacher in Madison, Wis., told us, “There is a lot of swearing, vandalism and some fights.” A teacher in Northern California said she had witnessed the “meanest, most inappropriate comments to teachers” in her 15 years of working in schools.

The Omicron variant is now scrambling children’s lives again. Most schools have stayed open this week, but many have canceled sports, plays and other activities. Some districts have closed schools, for a day or more, despite evidence that most children struggle to learn remotely, as my colleague Dana Goldstein reports. Closings are taking place in Atlanta, Cleveland, Milwaukee, Newark and several New York City suburbs, among other places.

“It’s chaos,” Keri Rodrigues, president of the National Parents Union, told Dana. “The No. 1 thing that parents and families are crying out for is stability.”

For the past two years, large parts of American society have decided harming children was an unavoidable side effect of Covid-19. And that was probably true in the spring of 2020, when nearly all of society shut down to slow the spread of a deadly and mysterious virus.

But the approach has been less defensible for the past year and a half, as we have learned more about both Covid and the extent of children’s suffering from pandemic restrictions.

Data now suggest that many changes to school routines are of questionable value in controlling the virus’s spread. Some researchers are skeptical that school closures reduce Covid cases in most instances. Other interventions, like forcing students to sit apart from their friends at lunch, may also have little benefit.

One reason: Severe versions of Covid, including long Covid, are extremely rare in children. For them, the virus resembles a typical flu. Children face more risk from car rides than Covid.

The widespread availability of vaccines since last spring also raises an ethical question: Should children suffer to protect unvaccinated adults — who are voluntarily accepting Covid risk for themselves and increasing everybody else’s risk, too? Right now, the U.S. is effectively saying yes.

To be clear, there are some hard decisions and unavoidable trade-offs. Covid can lead to hospitalization or worse for a small percentage of vaccinated adults, especially those who are older or immunocompromised, and allowing children to resume normal life could create additional risk. The Omicron surge may well heighten that risk, leaving schools with no attractive options.

For the past two years, however, many communities in the U.S. have not really grappled with the trade-off. They have tried to minimize the spread of Covid — a worthy goal absent other factors — rather than minimizing the damage that Covid does to society. They have accepted more harm to children in exchange for less harm to adults, often without acknowledging the dilemma or assessing which decisions lead to less overall harm.

Given the choices that the country has made, it should not be surprising that children are suffering so much.

Related: Polls show that Americans are worn out and frustrated by the pandemic, Blake Hounshell and Leah Askarinam explain in the first edition of the new On Politics newsletter.

The U.S. election system, which gives conservatives a structural advantage, is to blame for the Capitol riot, Osita Nwanevu writes.

Genetic ghosts: The DNA of these lanky canids could help revive the endangered red wolf.

Wordle: His partner loved word games, so he created one for her. It’s a hit.

Ready, set, go: The hot trend in running is streaking — no, not like that.

Virtual travel: Experience the celebration at the Great Night of Shiva in Nepal.

Never too late: They tried something new. Now they’re encouraging you to try, too.

A Times classic: Step inside a Hokusai picture that captures an instant on the south coast of Honshu, and taste the salt in the air.

Lives Lived: April Ashley rose from poverty to the heights of London society, rubbing shoulders with John Lennon and Mick Jagger — and all while fighting for legal recognition of her gender. Ashley became one of the first Britons to undergo gender confirmation surgery. She has died at 86.

The Times’s Kim Severson rounded up what forecasters are predicting we will eat and drink in 2022. Among them: a new interest in mushrooms, a rethinking of chicken and coffee and a resurgence of 1980s cocktails.

As far as the flavor of the year goes, look out for hibiscus, “which is adding its crimson hue and tart, earthy flavor to everything from cocktails and sodas to crudos and yogurt,” Kim writes.

You may even start hearing entirely new words to describe tastes, like “swicy” and “swalty.” Check it all out here. 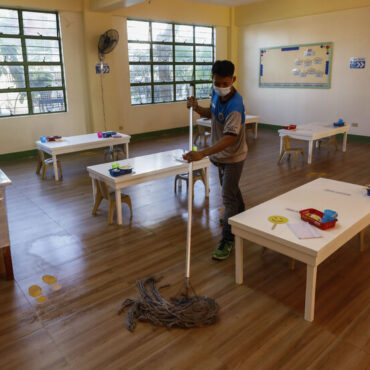 The Philippines announced on Tuesday that it was expanding a lockdown for unvaccinated people around the capital, Manila, after recording a spike in Covid-19 cases after the holidays.Officials made the announcement after the Philippines reported 4,984 new cases in the country, the highest daily total in recent months for a second straight day.Metropolitan Manila, an area containing 16 cities and a township with a population of about 14 million, had […]