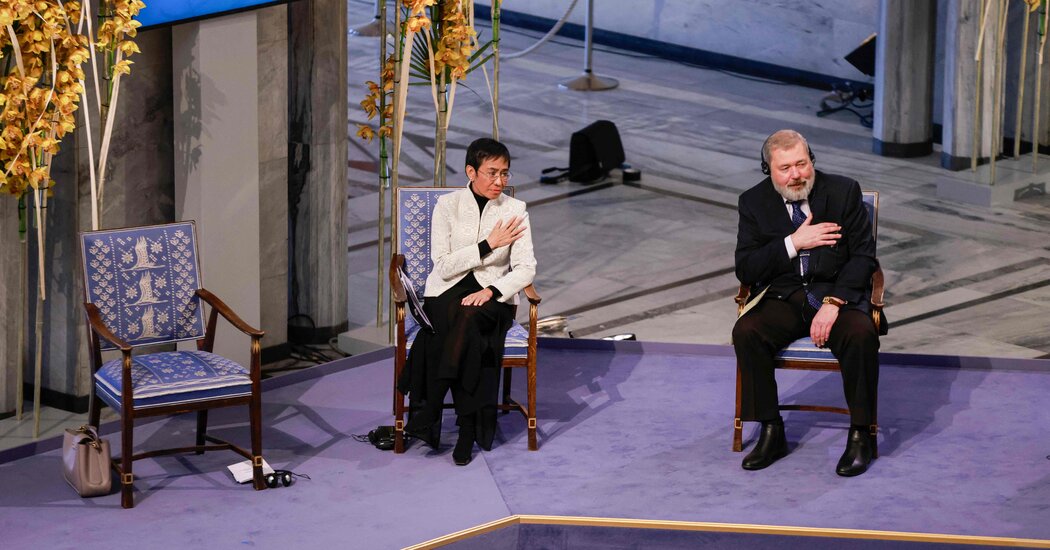 “The powerful actively promote the idea of war,” he said. “Aggressive marketing of war affects people and they start thinking that war is acceptable.”

At the same time, he said, the ideas of liberal democracy are under threat.

“Our greatest need today is to transform that hate and violence, the toxic sludge that’s coursing through our information ecosystem, prioritized by American internet companies that make more money by spreading that hate and triggering the worst in us,” Ms. Ressa said in her speech.

Since it started in January 2012, Rappler has become one of the Philippines’ most popular and influential media platforms, mixing reporting with calls for social activism. Rappler’s reporters, most of whom are in their 20s, have investigated Mr. Duterte’s extrajudicial campaign to kill people suspected of dealing or using drugs, documented the spread of government disinformation on Facebook, and reported on malfeasance among his top advisers.

Mr. Muratov has dedicated the prize to his slain colleagues at Novaya Gazeta. Six of the paper’s journalists or contributors died under his watch, including Anna Politkovskaya, whose 2006 murder in the elevator of her apartment block has never been solved. When the award was announced, he also said that opposition politician Aleksei A. Navalny, who was poisoned last year and has been in jail since January, deserved to have received it.

Mr. Muratov is the third Russian to win the Nobel Peace Prize, after the Soviet leader Mikhail Gorbachev and the physicist and dissident Andrei D. Sakharov, who won in 1975 for his human rights advocacy. 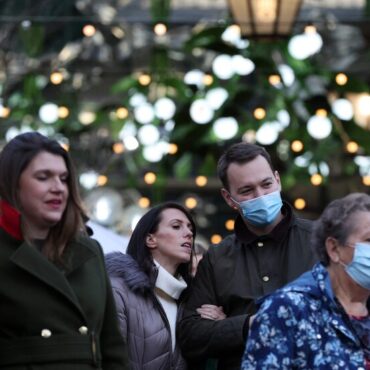 Britain faces an Omicron wave, but it’s not clear how bad it’ll be.

With cases of the Omicron variant doubling every three days and the government doing an about-face on restrictions it had long resisted, Britain is bracing for a new coronavirus surge, unsure if it will be a relatively minor event or a return to the dark days of earlier pandemic waves.So far, the number of Omicron cases — 817 confirmed by Thursday, though officials say the real figure is likely to […]