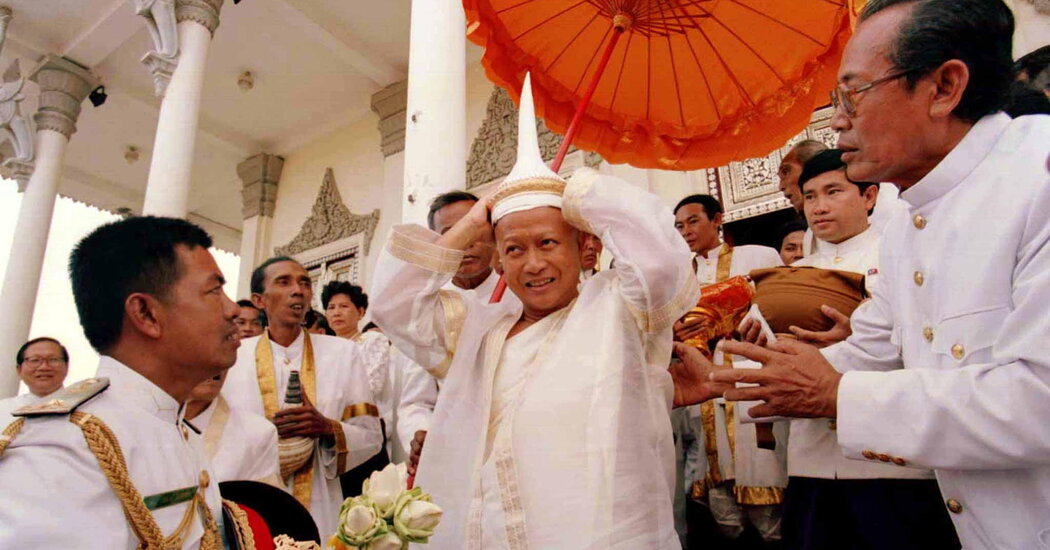 Prince Norodom Ranariddh of Cambodia, a son and brother of kings who shared the post of prime minister until he was ousted in a coup, died on Nov. 29 in France. He was 77.

His death was announced on Facebook by Cambodia’s minister of information, Khieu Kanharith. No cause was given, but Prince Ranariddh had been in ill heath since being badly injured in 2018 in an automobile accident in which his wife, Ouk Phalla, was killed.

Prime Minister Hun Sen, the man who ousted Prince Ranariddh in a coup and crushed his political party, said in a statement that he was heartbroken over the loss of “one of the royal noble figures who had sharp will, was extremely intelligent and was loyal to the nation, religion and monarchy.”

Bearing a striking resemblance to his popular and charismatic father, King Norodom Sihanouk, the prince rode a wave of royalist sentiment to win a United Nations-sponsored election in 1993.

The election followed the 1991 Paris peace accords that officially ended a nearly decade-long civil war in Cambodia. Before the civil war, 1.7 million people were killed from 1975 to 1979 during the genocide under the communist Khmer Rouge.

In a compromise, Prince Ranariddh was named first prime minister, Mr. Hun Sen was named second prime minister and government ministries were shared by officials of their two parties, the royalist Funcinpec and the communist Cambodian People’s Party.

A professor of law who was educated in France and had been teaching there, Prince Ranariddh was not suited to leadership in the harsh political landscape of postwar Cambodia. Mr. Hun Sen, though he was nominally second in command, easily outmaneuvered him.

“He had to work through the communist state apparatus including the army and security forces, all firmly under the control of his no less communist coalition partner and rival,” Lao Mong Hay, a leading Cambodian political analyst, said in an email.

In 1997 the two men’s private armies clashed in a two-day battle in the streets of Phnom Penh; Prince Ranariddh, who had fled to France, was ousted as co-prime minister, and Mr. Hun Sen declared himself “the only captain of the ship.” Dozens of Funcinpec’s senior officials and military commanders were hunted down and killed.

Mr. Hun Sen remains in power today, a self-declared strongman in what is effectively a one-party state.

Prince Ranariddh returned from abroad in 1998 to lead a weakened opposition party. When it lost an election that year, he was named president of the National Assembly, a post he held until 2006.

The prince renounced any claims to the throne from among many eligible heirs, and in 2004, when his father abdicated, his half brother Norodom Sihamoni was named king by a Throne Council of which Prince Ranariddh was a member.

Neither brother inherited their father’s charisma and political adroitness. King Sihamoni, who had been a dancer, reigns as a purely ceremonial monarch.

The former King Sihanouk remained a revered figure in Cambodia until his death in 2012 at 89.

Prince Ranariddh’s up-and-down political career continued. After being ousted as leader of Funcinpec in 2006, he founded the Norodom Ranariddh Party, was driven into exile by a conviction for embezzlement, was pardoned and returned to Cambodia.

He later launched another short-lived party, the Community of Royalist People’s Party, then rejoined Funcinpec and was re-elected party leader. The party never again posed a challenge to Mr. Hun Sen.

Norodom Ranariddh was born on Jan. 2, 1944, the second son of King Sihanouk and his first wife, Phan Kanhol, a ballet dancer attached to the royal court.

The prince was sent to boarding school in Marseille, France, then received a bachelor’s degree from the University of Provence in 1968 and a law degree in 1969.

He obtained a Ph.D. at the university in 1975, then took a post there in 1979 teaching constitutional law and political sociology.

In 1983, after a coalition of opposition armies formed an armed resistance against Mr. Hun Sen’s Vietnamese-installed government, Prince Ranariddh left his teaching career at the urging of his father and became leader of the royalist forces, which were given the awkward name Funcinpec.

Funcinpec was transformed into a political party in 1993.

Prince Ranariddh is survived by a daughter, Norodom Rattana Devi; four sons, Norodom Chakravudh, Norodom Sihariddh, Norodom Sutharidh and Norodom Ranavong; his half brother King Norodom Sihamoni; and several other half siblings. He divorced his previous wife, Norodom Marie, in 2010. 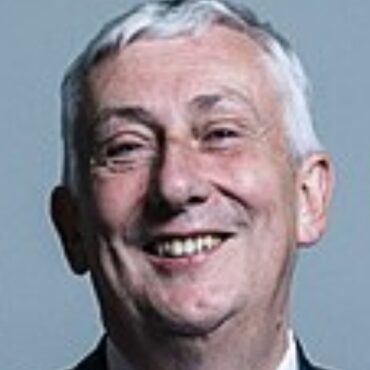