North Korea Builds ICBM Base Near China to Deter U.S. 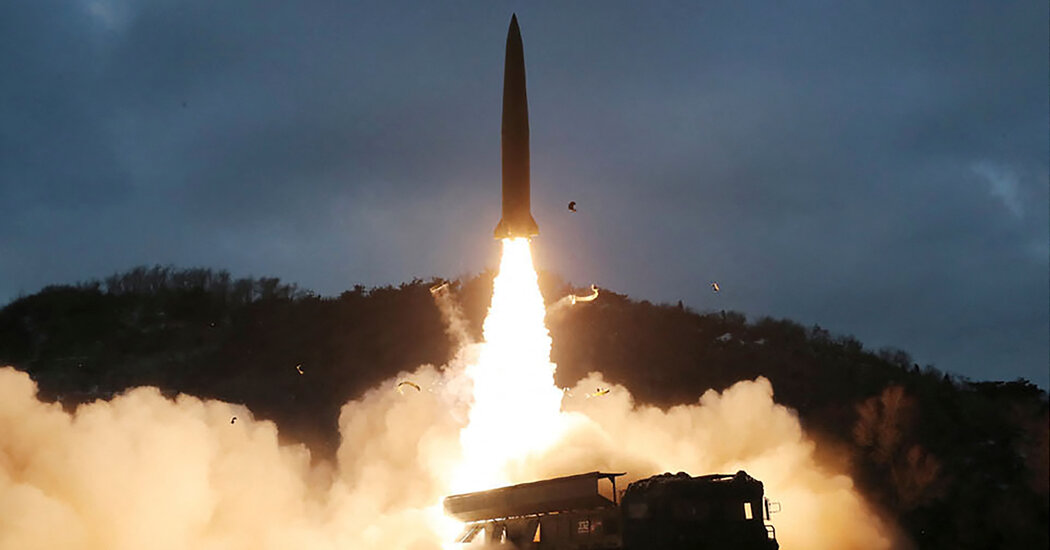 SEOUL — North Korea began this year with a record-breaking spate of missile launches, but stopped short of a truly provocative step: ending its self-imposed moratorium on nuclear and intercontinental ballistic missile tests​.

Some experts say that next move could be just a matter of time.

Kim Jong-un, the country’s leader, has already threatened to end the moratorium, saying at a party meeting in January that his country would consider “restarting all temporarily suspended activities” and switching to “more powerful physical means” to deter the United States. He has spent several months unveiling new weapon technology. And, according to new research, his military has been building a base strategically located for future ICBM launches.

In a report published Monday, a team of analysts at the Washington-based Center for Strategic and International Studies said they had located an underground, regiment-size military base used for housing North Korean ICBMs just 15 miles from the border with China.

The location, the analysts say, was chosen to deter pre-emptive strikes from the United States against North Korea’s most important weapons as the country to continues to expand and modernize its arsenal.

“As best as can be determined from satellite imagery, informed sources, and what little data is available, the base is ready to receive an operational ICBM unit​,” said the report.

In January alone, North Korea launched 11 missiles, including its Hwasong-12 intermediate ballistic missile, prompting the United States to call for additional sanctions at the United Nations.

North Korea is not expected to do any new missile tests in February, possibly out of deference to its ally China, which is hosting the Winter Olympics in Beijing this month. But observers fear the provocations will intensify once the Games are over and North Korea seeks to prod the Biden administration to resume stalled negotiations.

“North Korea will likely escalate pressure on the United States by taking a series of steps toward an ICBM test,” said Cheon Seong-whun, a former head of the Korea Institute for National Unification, a government-funded research institute in Seoul.

North Korea conducted its last ICBM test in November 2017, after which it claimed that its nuclear-tipped ICBM could ​strike any part of the continental United States​. Should Mr. Kim launch an ICBM this year, it would most likely be from vehicles housed in a base such as Hoejung-ni, the facility identified in the report published on Monday.

Though it is unclear if Hoejung-ni is fully operational, most analysts believe a North Korean ICBM would be launched from a similarly concealed military installation.

Hoejung-ni is the second possible ICBM base in North Korea that CSIS analysts have identified. Yusang-ni, a base 39 miles northeast of Pyongyang, the capital, was identified in 2019.

North Korea has long hidden its vital military assets in caves, underground bunkers and tunnels. But the country has spent recent years making it even harder for the United States and its allies to find and target its most dangerous weapons — by keeping them not only deep underground but also near the border with China​​.

“The position near the Chinese border acts as a potential deterrent to a pre-emptive strike that might impinge on Chinese security equities,” said Victor Cha, a senior vice president and North Korea expert at the CSIS.

The location also allows Pyongyang to keep its most prized weapons far from South Korea’s stealth jets and conventional missiles, the range and destructive power of which have increased in recent years to target the underground facilities.

​Building activities at Hoejung-ni and the nearby Yeongjeo-dong facility were first reported in 2018. But the new report claims to be the first to confirm Hoejung-ni as an ICBM base. The researchers also used new satellite imagery to provide updated details on entrances to the underground facilities, support buildings and hardened drive-through concrete shelters where missiles are armed and fueled.

“North Korea doesn’t have a strong air force or air defense system, so the best way for the country to protect its missiles is to conceal them in underground facilities,” said Shin Jong-woo, a senior analyst at the Korea Defense Security Forum in Seoul. “When it launches missiles, its launcher vehicles will spread out from these bases to their launching positions.”

Some have been dug under the northern slopes of the rugged mountains facing China, making it harder for American and South Korean warplanes to target their entrances without provoking Beijing. During the Korean War, when the American-led United Nations forces pushed their way up the Korean Peninsula toward China, Mao Zedong sent troops streaming across the border to turn the tide of the conflict.

South Korea said the North’s Strategic Force command has added four regiments since 2018, for a total of 13. All four — including one based in Hoejung-ni — were reported to be located near the border with China.

The location of Pyongyang’s nuclear missiles is among the most tightly guarded secrets within the North Korean military. In 2017, the Pentagon told Congress that the only way to “locate and destroy — with complete certainty — all components of ​North Korea’s nuclear weapons programs​” would be through a ground invasion.

Finding the underground facilities has been a key challenge for American and South Korean military planners for decades, because they are hard to spot by satellite. Some are built as decoys. Others may be hidden under ordinary houses.

“An underground facility in North Korea is so tightly guarded that soldiers who work there can have access to their assigned area only, so it’s extremely hard to get a blueprint of the place,” Maj. Park Sung-man, an officer at the South Korean Army’s Special Warfare Command, said in a paper published in 2015.

What little data that is available on North Korea’s weapons development can come from unexpected sources.

In April 2019, a pro-North Korean website boasted that nuclear missiles launched from train cars rolling out of tunnels — like in the old Soviet Union — would be another potent addition to the North’s growing arsenal. In a first, the country launched two missiles from a train car last September and another pair last month.

North Korea is crisscrossed with rail lines going through numerous tunnels that provide cover from spy satellites. While most of the country’s rail lines are electric, its military railways run diesel locomotives.

The country recently switched from electricity to diesel engines to power the Haesan-Manpo railway, a 156-mile rail line that runs near the border with China, according to the pro-North Korean website. The Haesan-Manpo line goes straight through Hoejung-ni. 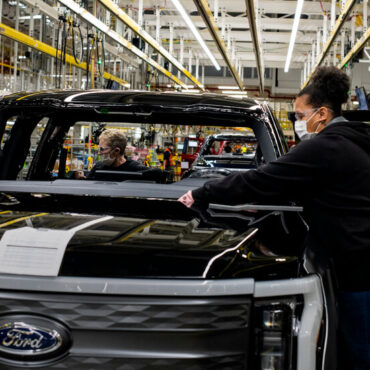 Why This Could Be a Critical Year for Electric Cars

Sales of cars powered solely by batteries surged in the United States, Europe and China last year, while deliveries of fossil fuel vehicles were stagnant. Demand for electric cars is so strong that manufacturers are requiring buyers to put down deposits months in advance. And some models are effectively sold out for the next two years.Battery-powered cars are having a breakthrough moment and will enter the mainstream this year as […]