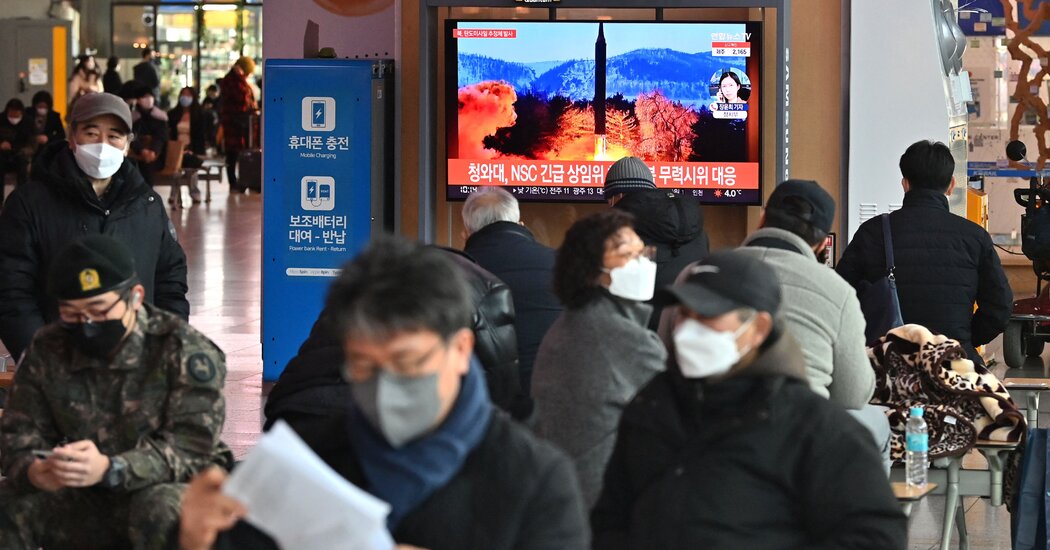 SEOUL — North Korea on Saturday launched a ballistic missile toward the sea off its east coast, its second missile test in a week, South Korean defense officials said.

The missile was launched at 8:48 a.m. from Sunan, near Pyongyang, the North Korean capital, the South Korean military said. South Korean defense officials provided no further details, waiting on the analysis of flight data to determine what type of missile North Korea had fired.

North Korea last conducted a missile test on Sunday, when it launched what the United States and South Korea called a ballistic missile off its east coast. At the time, North Korea said the test had taken place as part of its preparations to launch a military reconnaissance satellite, and its state media released aerial photos of the Korean Peninsula that it said had been taken by a camera mounted on the rocket.

During a Workers’ Party congress in January last year, North Korea ​unveiled an unusually detailed list of weapons that it ​​was developing, including military reconnaissance satellites. But the U.N. Security Council has banned North Korea from launching a rocket to place a satellite into orbit because the country has used such rockets to develop its long-range ballistic missiles.

North Korea conducted seven missile tests in January, more than in all of 2021. ​It refrained from weapons tests ​for most of February, possibly out of deference to China, its neighbor and only major ally, which was hosting the Winter Olympics in Beijing.

But with the Olympics now over, analysts had expected the North to start testing missiles again, both to advance its weapon technology and to gain diplomatic leverage with the United States, in hopes of eventually securing a reduction of international sanctions over its nuclear weapon program.

​The resumption of North Korean weapon tests comes as the Biden administration is focused on the crisis in Ukraine, and as South Korea is in the midst of a presidential campaign. South Korea goes to the polls next Wednesday to elect the replacement for President Moon Jae-in, whose single five-year term ends in May. 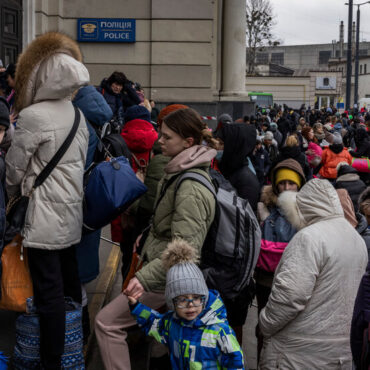 Zelensky Criticizes Nato Over Its Rejection of a No-fly Zone

President Volodymyr Zelensky of Ukraine criticized NATO late Friday night over its rejection of a no-fly zone, hours after the alliance announced it would not intervene by air or land for fear of creating a conflict with Russia that could spill into other parts of Europe.Leaders of the alliance met Friday in Brussels, after which NATO’s secretary general, Jens Stoltenberg, said its members had rejected any possibility of intervening against […]