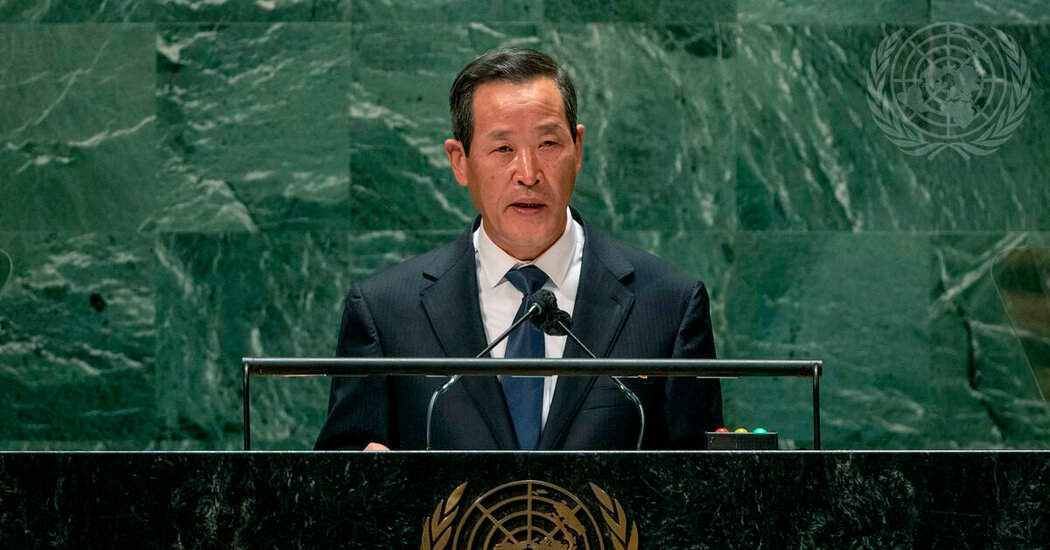 SEOUL — North Korea fired a short-range missile off its east coast on Tuesday, the South Korean military said, just as the North’s ambassador to the United Nations called on the United States to end joint military exercises and withdraw its strategic weapons from around the Korean Peninsula.

These short-range missiles, although aimed at South Korea and Japan and the American troops stationed there, are not treated with as much alarm as the North’s intercontinental ballistic missiles.

The missile launching on Tuesday morning came three days after the sister of Kim Jong-un, the North’s leader, said on Saturday that the country would consider holding a summit meeting with South Korea and declaring an official end to the Korean War if the South could restore trust with Pyongyang.

The statement from the sister, Kim Yo-jong, had raised cautious hopes that North Korea might be ready to resume dialogue, two and a half years after Mr. Kim’s diplomacy with former President Donald J. Trump collapsed in early 2019 without an agreement on ending the North’s nuclear weapons programs and lifting sanctions on the country.

But speaking to the United Nations General Assembly, the North’s ambassador, Kim Song, reiterated that Washington must end “hostile policy” toward his country if it wants peace on the peninsula. The Korean War was halted in a truce in 1953, leaving the peninsula technically in a state of war.

“If the U.S. wants to see the Korean War, the most prolonged and long-lasting war in the world, come to an end, and if it is really desirous of peace and reconciliation on the Korean Peninsula, it should take the first step towards giving up its hostile policy,” Mr. Kim, the ambassador, said.

The first step, he added, includes “stopping permanently the joint military exercises and the deployment of all kinds of strategic weapons” in and around the peninsula.

North Korea has long said that its nuclear arsenal is for self-defense. Washington has repeatedly urged the North to return to nuclear disarmament talks, saying it has no hostile intent against the isolated, impoverished country.

But North Korea has yet to respond to the Biden administration’s proposal that talks resume anytime, anywhere “without preconditions.”

The North has insisted that negotiations would be useless unless it was convinced that the United States would abandon its “hostile policy.” That is usually a reference to American joint military drills with South Korea, the American military presence on the peninsula and American-led United Nations sanctions imposed on the North over its nuclear weapons and ballistic missile development.

Talks between Mr. Kim and Mr. Trump collapsed when North Korea demanded that Washington lift all of the most biting U.N. sanctions in return for a partial dismantling of its nuclear weapons program.

On Monday evening at the United Nations, Mr. Kim, the North’s envoy, said that his country would persist on its nuclear program.

“Given that the U.S. and the U.S.-South Korea military alliance increase military threats against the D.P.R.K., nobody can deny the righteous right to self-defense for the D.P.R.K. to develop, test, manufacture and possess the weapon systems equivalent to the ones which are possessed or being developed by them,” said Mr. Kim, using the abbreviation for his country’s official name, the Democratic People’s Republic of Korea. 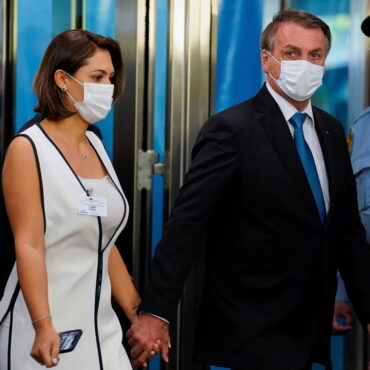 Bolsonaro’s Wife Was Vaccinated During Their Visit to New York

Jair Bolsonaro, Brazil’s proudly unvaccinated president, is contending with more fallout from his visit to New York last week to speak at the United Nations: A fourth member of his entourage has tested positive for Covid-19, and his wife, Michelle, opted to get vaccinated before they returned home.Pedro Duarte Guimaraes, an economist who is the chief executive of Caixa Economica Federal, a leading Brazilian banking institution, disclosed on Sunday that […]