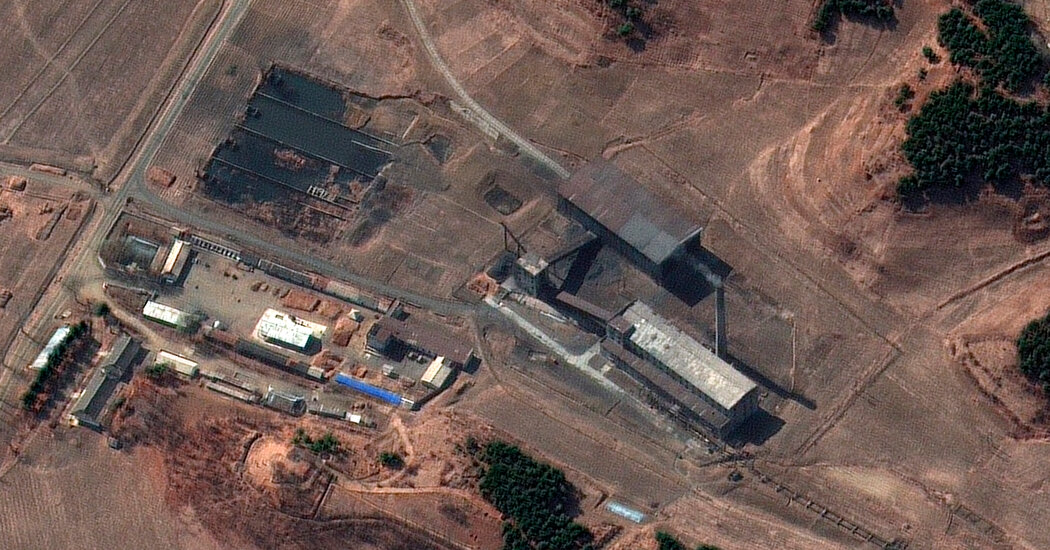 SEOUL — North Korea appears to have restarted a reactor​ in its main nuclear complex, the United Nations’ nuclear watchdog said in a report, an indication that the North has been ramping up its nuclear weapons program while talks with the United States remain stalled.

The report also suggested that North Korea had renewed efforts to extract plutonium from spent fuel removed earlier at the sprawling complex, in Yongbyon, north of Pyongyang, the capital.

Nuclear-disarmament talks between Washington and Pyongyang fizzled after the second summit meeting between the North’s leader, Kim Jong-un, and former President Donald J. Trump collapsed in 2019. The Biden administration has offered to renew talks “anywhere, anytime without preconditions,” but North Korea has not shown interest, and in recent weeks the United States has been focused on the chaotic withdrawal from Afghanistan.

Historically, the North has increased activities at Yongbyon when it has sought to raise tensions and increase ​its diplomatic leverage.

“There were no indications of reactor operation from early December 2018 to the beginning of July 2021,” the International Atomic Energy Agency said in its annual report, dated Friday and reported earlier by The Wall Street Journal. “However, since early July 2021, there have been indications, including the discharge of cooling water, consistent with the operation of the reactor.”

The watchdog also reported that North Korea may have used a laboratory at Yongbyon for five months, from mid-February to early July, to extract plutonium from nuclear waste removed from the reactor. The activities were consistent with the North’s previous campaigns to produce plutonium from the waste, it said, calling the activities “deeply troubling.”

The Yongbyon reactor has been the only source of plutonium-fuel nuclear warheads for North Korea, although the country is believed to produce an alternative bomb fuel​ — highly enriched uranium​ — through centrifuge plants as well.

The North’s production of fissile materials violates multiple resolutions from the United Nations Security Council, which has sought to stop the country from developing nuclear warheads, with little success. Earlier this year, the North also restarted tests of short-range ballistic missiles, another violation of U.N. resolutions.

When Mr. Kim met with Mr. Trump in Hanoi in February 2019, he insisted on moving in phases toward denuclearization. As a first step, he offered to dismantle the facilities at Yongbyon, where the regime enriches uranium and produces plutonium from spent fuel unloaded from a five-megawatt reactor. In return, ​Mr. Kim insisted that the United States lift United Nations sanctions imposed since 2016, including a ban on crucial exports like coal, iron ore, fish and textiles.

Mr. Trump rejected the offer, demanding ​a much quicker and broader elimination of North Korea’s weapons, including its nuclear warheads and long-range missiles. North Korea is widely believed to run at least one other uranium-enrichment plant outside Yongbyon, and to keep its ​nuclear ​arsenal​ in secret locations around the mountainous country.

The International Atomic Energy Agency has had no access to North Korea since Pyongyang expelled its inspectors in 2009​ and resumed nuclear testing.

North Korea conducted its sixth nuclear test in 2017. ​When diplomacy between Washington and Pyongyang is frozen, outside analysts scrutinize Yongbyon through commercial satellite imagery​, especially for signs of activities at the reactor and the facilities there that are used to enrich uranium or reprocess spent fuel for plutonium.

North Korea has shut down and reopened Yongbyon, the birthplace of its nuclear weapons program, at various times depending on its progress with Washington. Successive U.S. administrations have tried but failed to shut the complex down completely. In 2008, North Korea invited international journalists to watch it blow up a cooling tower ​in Yongbyon ​under a deal with Washington. But it restarted the reactor a few years later after negotiations over its nuclear program stalled.

The North ​also ​shocked the United States in 2010 when its officials escorted a visiting American nuclear expert, Siegfried S. Hecker of Stanford University, to Yongbyon​ and showed him a modern plant that the officials said housed 2,000 gas centrifuges​ for uranium​ enrichment.

“As long as the U.S. forces stay in South Korea, the root cause for the periodic aggravation of the situation on the Korean Peninsula will never vanish,” she said. 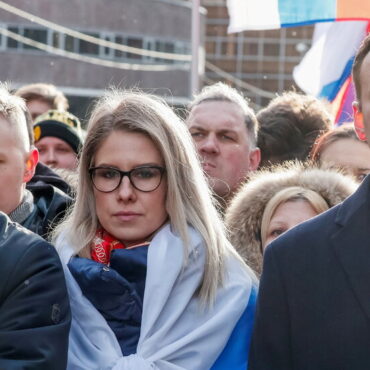 MOSCOW — Evoking the dark era of Soviet repression, Russian politicians and journalists are being driven into exile in growing numbers.The steady stream of politically motivated emigration that had accompanied President Vladimir V. Putin’s two-decade rule turned into a torrent this year. Opposition figures, their aides, rights activists and even independent journalists are increasingly being given a simple choice: flee or face prison.A top ally of the imprisoned opposition leader […]