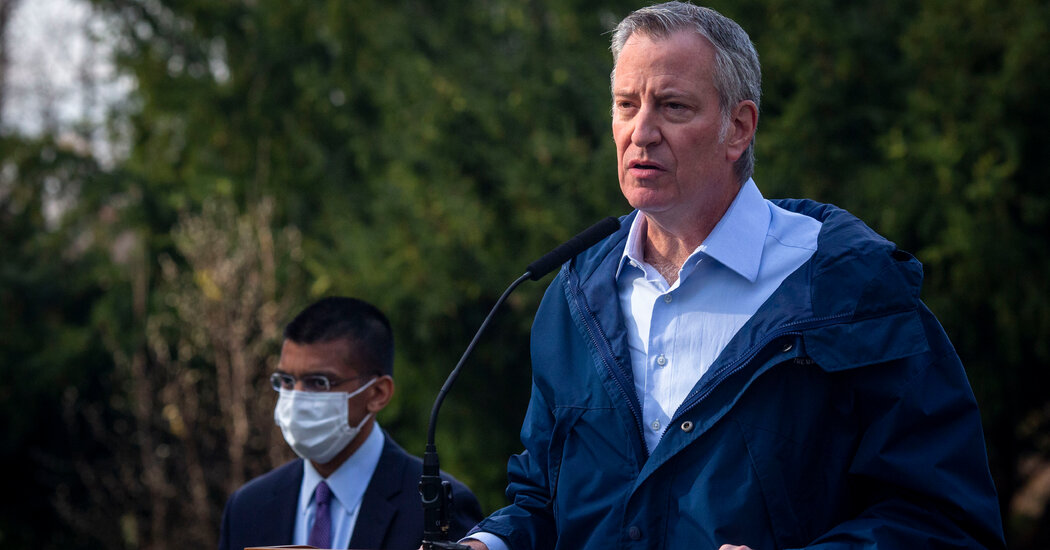 With coronavirus cases rising quickly in New York City, Mayor Bill de Blasio said on Monday that the city must “move faster” in its response to the Omicron variant but would not shut down again.

Mr. de Blasio said that the surge in cases would be large but temporary.

“We’re talking about a matter of weeks,” he said at a news conference.

Mr. de Blasio, a Democrat with less than one month left in office, said that virus cases appeared to be more mild than in past waves. He insisted that another shutdown was not necessary if the city focused on vaccination, testing and hospital capacity.

“Another shutdown would have horrible impacts on the people of this city,” he said.

The city has 89 testing sites and will be adding 23 more by the end of the week, including 20 mobile testing units, the mayor said.

“Getting tested is absolutely critical,” he said, acknowledging that New Yorkers were facing long lines.

He noted that the city had hit a milestone, with more than 6 million residents receiving at least one dose of a coronavirus vaccine.

On Sunday, New York State reported 22,478 new cases for more than 60,000 over the past three days, each a record. While the numbers are exceeding the city’s first brutal wave, the true toll of the pandemic’s early days will never be known because tests were in such short supply then.

The mayor announced 5,731 new cases in New York City on Sunday. By comparison, the city was averaging fewer than 1,000 daily cases in early November.

The city’s health commissioner, Dr. Dave A. Chokshi, said New Yorkers should reconsider travel plans if any relatives are vulnerable. He said his daughter is too young to get vaccinated, and his family is postponing an out-of-town trip to see family.

“Plan your holiday around the most vulnerable family member,” he said.

Mr. de Blasio said he would continue to require city employees to work in offices, and not remotely, despite concerns among employees over safety. He said that 94 percent of city workers were vaccinated, and the city needed them to serve New Yorkers at this difficult moment. “We’ll look at different options, but there’s no change to the approach right now,” he said. 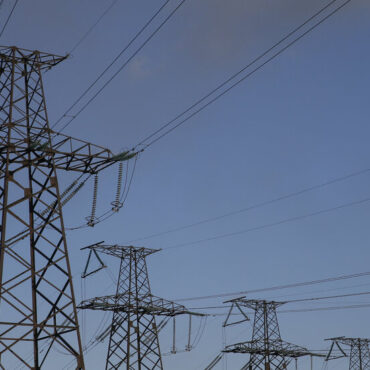 WASHINGTON — In the closing days of 2015, the lights went out across a swath of Ukraine as Russian hackers remotely took over an electric utility’s control center and flipped off one power station after another, while the company’s operators stared at their screens helplessly.The next year, the same thing happened, this time around Kyiv, the capital.Now the United States and Britain have quietly dispatched cyberwarfare experts to Ukraine in […]