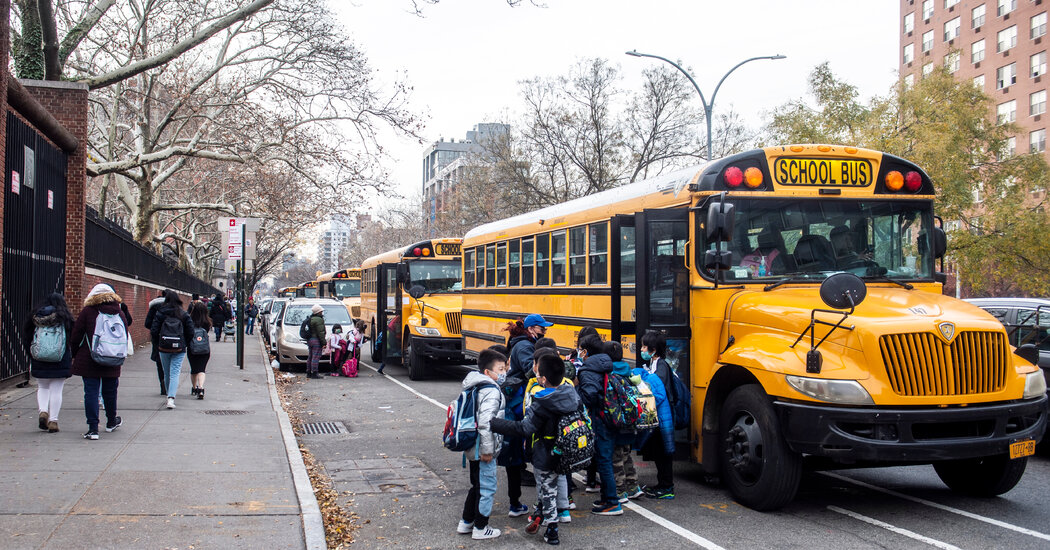 New York City, home to the nation’s largest school system, will eliminate its current policy of quarantining entire classrooms exposed to Covid, and will instead use a ramped-up testing program to allow asymptomatic students who test negative for the coronavirus to remain in school.

The new policy, which Mayor Bill de Blasio referred to as “Stay Safe, and Stay Open,” will take effect on Jan. 3, when the nearly one million students who attend the city’s public schools are scheduled to return from holiday break.

Mr. de Blasio, Gov. Kathy Hochul and Mayor-elect Eric Adams, who takes office on Sunday, appeared together at a news conference on Tuesday to present a united front against school closures, despite an enormous surge in cases driven by the Omicron variant that has only worsened in the days since city schools closed for winter break last week.

“Your children are safer in school, the numbers speak for themselves,” Mr. Adams said.

Instead of delaying the start of in-person school and pivoting to remote learning, as some other school districts across the state and country are doing, the city will aim to detect more infections while mitigating disruptions. Ms. Hochul thanked educators for their work during school closures, but called remote learning “a failed experiment” that was extremely difficult for many students and had caused major disruptions.

Hundreds of classrooms either entirely closed or partially closed last week. The city’s previous policy was to quarantine unvaccinated close contacts of infected students for 10 days. Many elementary school children in particular have not been vaccinated, even though they are eligible.

Now, instead of sending classes of unvaccinated students home to learn online when one or more students test positive, the students will be given rapid at-home tests. If they are asymptomatic and test negative, they can return the day after their first negative test. Students will then be given a second at-home test within seven days of their exposure.

But that does not mean that the new semester will be without disruption. New York will still close entire schools when there is evidence of major in-school spread.

“Schools remain among the safest settings in our communities,” Dr. Dave A. Chokshi, the city’s health commissioner, said on Tuesday.

He said that even if virus rates continued to rise across the city and in schools, “we estimate that in schools about 98 percent of close contacts do not end up developing Covid-19.”

Dr. Michael Mina, a former Harvard University epidemiologist, has been a forceful advocate of using testing to keep classrooms open and children in school.

But Dr. Mina, who is now the chief science officer for eMed, which distributes at-home tests, said that testing children twice a week in classrooms where an infection was detected would simply not do enough to dramatically reduce transmission. Instead, he said, those who have been exposed should be tested every day.

By testing just twice, “you’re very likely to miss when someone becomes infectious and potentially becomes a superspreader,” he said. “This virus goes from zero to a 100 easily in a day or maybe two days.”

Police Commissioner: Keechant Sewell. The Nassau County chief of detectives will become New York City’s first female police commissioner, taking over the nation’s largest police force amid ​​a crisis of trust in American policing and a troubling rise in violence.

Chief Counsel: Brendan McGuire. ​​After a stint as a partner in a law firm’s white-collar practice, the former federal prosecutor will return to the public sector to advise the mayor on legal matters involving City Hall, the executive staff and administrative matters.

Seventeen of the city’s roughly 1,600 schools closed temporarily during the fall semester, with more than half of the closures taking place during its final two weeks.

Mr. de Blasio has faced criticism for subjecting only a small percentage of consenting students in schools to random surveillance testing — about 10 percent in each school each week. The city aims to ramp up random testing to include 20 percent of students in each school weekly.

But there’s a catch: Only students whose parents have allowed them to be tested are eligible, meaning many children are not involved in the effort. City officials plan to encourage more parents to opt their children into the random testing pool.

City and state officials have also emphasized in recent days that many more eligible young children in particular need to get vaccinated to keep schools safe amid Omicron. The city sent vaccine trucks to schools when the shots were first authorized for young children this fall, but now it’s significantly easier for parents to find appointments for first or second doses. 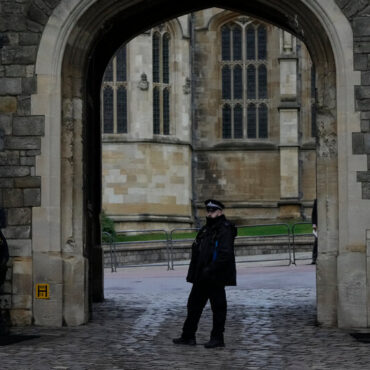 LONDON — Regulations governing crossbows in Britain are receiving renewed attention after a man was apprehended with one on the grounds of Windsor Castle, where members of the royal family had gathered for the Christmas holiday.“We are considering options to strengthen controls on crossbows,” a spokesman for Britain’s Home Office said in a statement Tuesday, as part of a continuing review of rules on lethal weapons ordered this year by […]