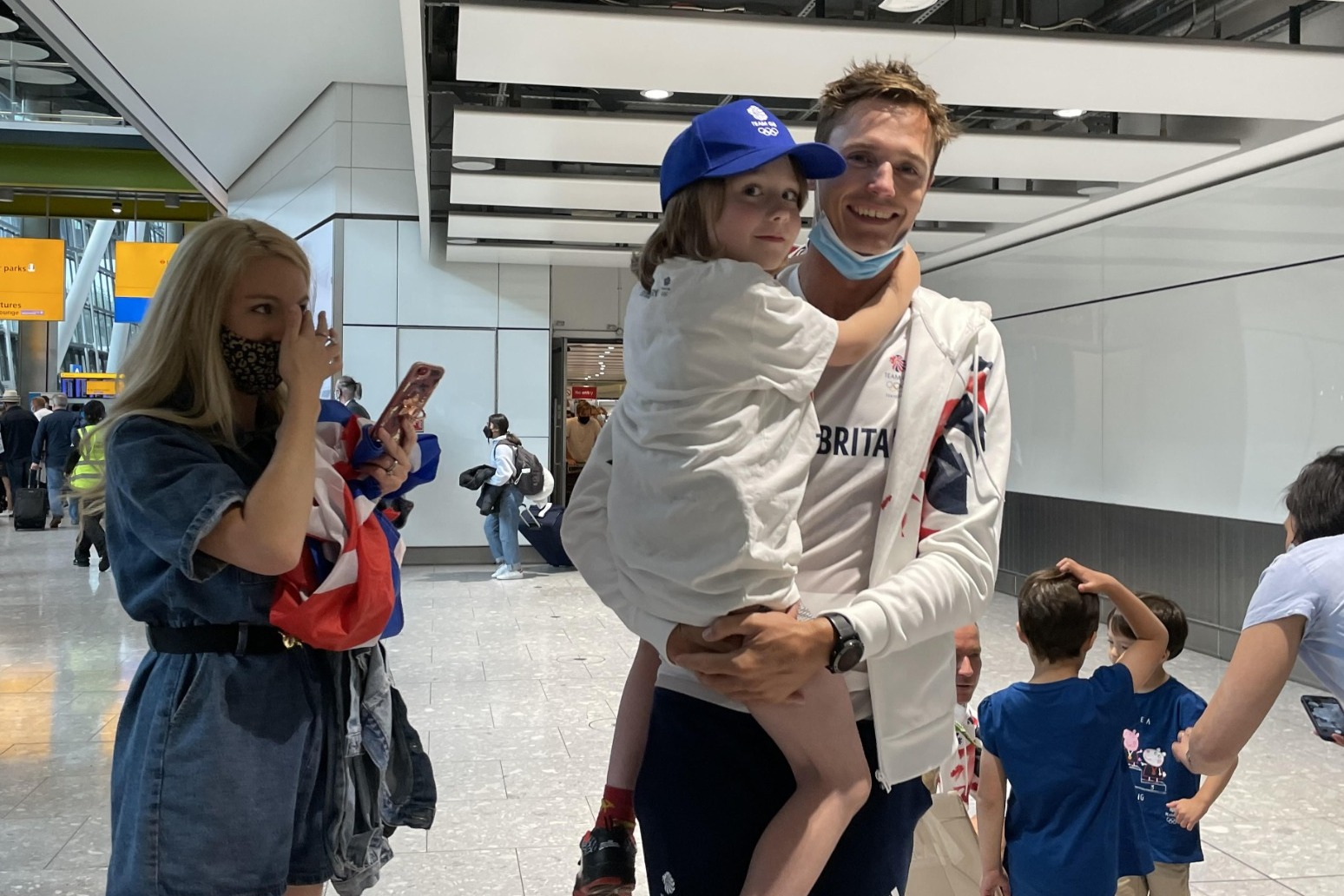 Team GB medal winners were reunited with their loved ones in emotional scenes as they returned home from the Olympic Games.

Canoeist Liam Heath and pole vaulter Holly Bradshaw were among those to touch down at Heathrow Airport on Saturday evening sporting their medals following their success at Tokyo 2020.

Heath, who won bronze in the K1 200m, was reunited with his three-year-old daughter Sarah, who ran towards him as he arrived at Terminal Five.

Other family members waved a poster that said “Welcome Back Daddy” as the Olympians were greeted with applause.

Heath, 36, from Guildford, told the PA news agency: “She (Sarah) looks so grown up. She grows every day but you don’t really see it when you’re with her 24/7. I think it’s the longest time I’ve actually been away from Sarah since she was born – nearing on a month.

“She’s a proper little person and I absolutely adore her. It was absolutely incredible to come back home and see her running towards me.”

Heath is Team GB’s most successful canoeist – with four Olympic medals won so far, including the bronze in Tokyo.

He said: “It feels absolutely incredible. You set out on a journey and you take so many people along with you and so many people were here who shared in the dream. It’s hard to put into words.”

His wife Emily said she was looking forward to much-needed family time with her husband and daughter.

She told PA: “You get used to them being gone all the time but at the same time you’re longing for their return and literally counting down the days.

“We just made sure the closest lot were at the airport to greet him and then tomorrow we’ll just see what he wants to do. It’s important to have just a bit of time for the three of us.”

Bradshaw, who won bronze in the pole vault, described Tokyo 2020 as “special” despite a lack of spectators due to the coronavirus pandemic.

She told PA: “I think every Olympics is different anyway but this has felt very different in that it’s all about the performance and not about going out and exploring or anything like that.

“You just trained and came home and you had to be super on it with hygiene. But I think it’s been a really, really good Games and Japan did a really good job to make it feel special even though there was no one there.”

The 29-year-old, who finished sixth at London 2012 and fifth in Rio, said her bronze medal meant a lot as it was something she had “wanted for so long”.

Meanwhile, sailor Dylan Fletcher was greeted by cheers from a crowd of family members who waved Union flags and held up balloons.

The 33-year-old won a gold medal in the men’s 49er alongside teammate Stuart Bithell.

Fletcher’s mother Jane told PA she had been “shaking” with anticipation ever since his victory.

She said: “We didn’t stop shaking from 5.30 on Tuesday morning all the way through to now. And I think I’m still shaking now and it’s all going to rev up again.

“I’m so proud for them and of them. They’re phenomenal sailors and phenomenal athletes. Just fantastic.”

Fletcher returns home to busy wedding planning, as he and his fiancée Charlotte are set to get married in 20 days.

His mother said: “There’s a lot to do. They’re going to come and chill out with us for a little while for a few days.

“No doubt we’ll have some champagne and I think there will be a big party on that wedding day when we get there. It will be wonderful.” 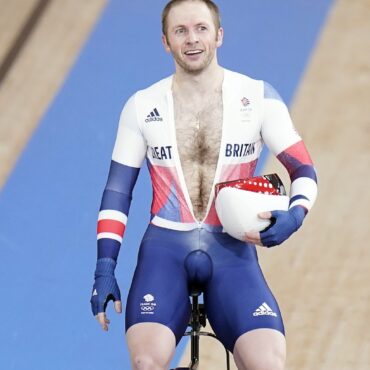 Jason Kenny became the first Briton to win seven Olympic gold medals as he took a stunning victory in the men’s keirin final in Izu. Kenny had complained of being out of form during the men’s sprint earlier this week but you would not have known it from the way in which he rode away from the field to win by a yawning gap of 0.763 seconds from Azizulhasni Awang […]