Omicron surges, a federal mandate returns and schools get new guidance: The week in Covid news. 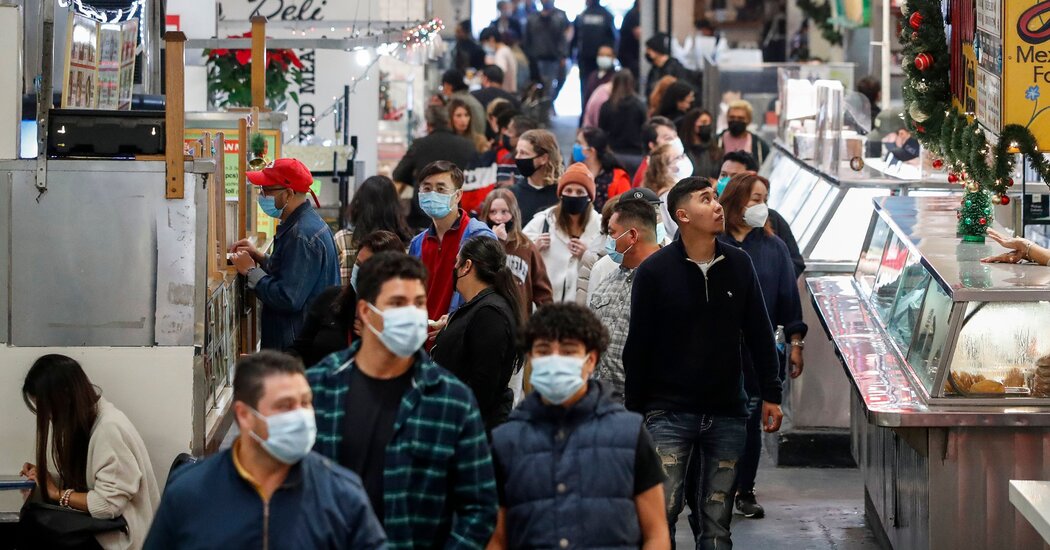 Much of the world is on edge again, experiencing déjà vu as another uncertain holiday season sets in.

That is because coronavirus cases are surging, and officials around the world are bracing for a new wave stoked by the Omicron variant, which appears to be most contagious version yet and is playing a major role in the sharp increase of infections in recent days. In Denmark, Omicron cases were doubling roughly every two days. In South Africa, Omicron spread twice as fast as the highly infectious Delta variant.

The threat of Omicron is particularly acute in Britain, where government officials estimate that about 200,000 people a day are being infected with the new variant. To contain the spike in cases, British lawmakers passed sweeping new rules, including a vaccine certification policy for entering nightclubs and places with large crowds. Boris Johnson, the prime minister whose support among members of his Conservative Party members is flagging, also announced plans to accelerate the country’s booster program.

Similar efforts to encourage boosters are lagging in the United States, where officials are preparing for a wave as infections rise and the proportion of coronavirus cases caused by the Omicron variant increases sharply. In New York State, which recorded its highest single-day total of cases on Friday, Gov. Kathy Hochul imposed a mask mandate for indoor venues where proof of full vaccination is not required. In New York City, infections have caused Broadway shows to go dark and the Rockettes to end this season’s run early because of “increasing challenges from the pandemic.”

But there is good news. Several new laboratory studies indicate that vaccines, and especially booster shots, offer protection against the worst outcomes from the Omicron variant. Still, research shows that the variant s likely to infect many people who have been vaccinated or recovered from bouts with older versions of the virus. 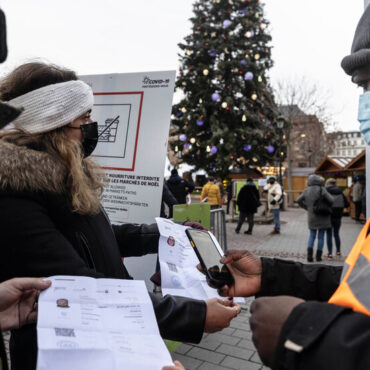 France Aims to Tighten Rules for the Unvaccinated Amid Omicron Spread