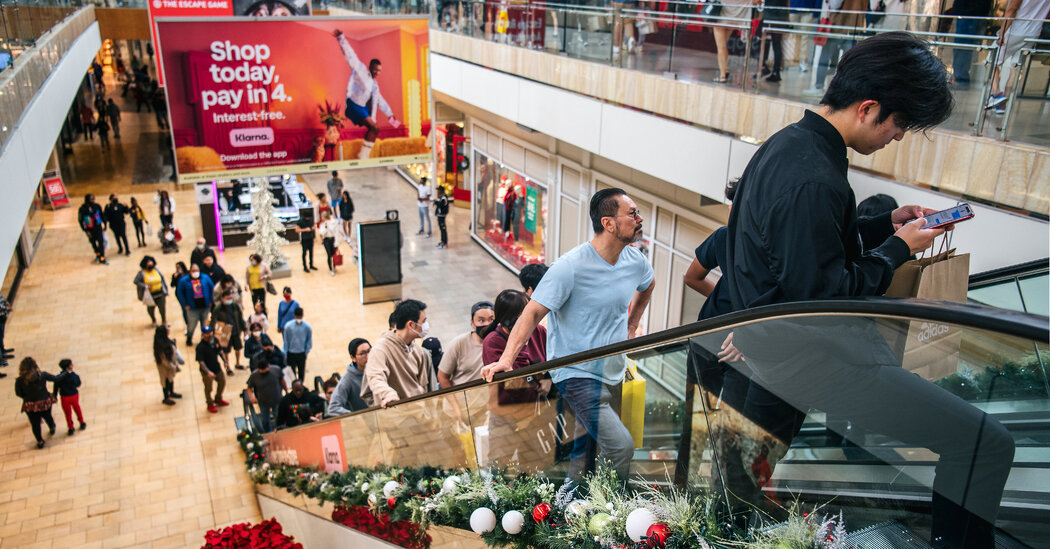 Tucker Carlson could do it. So could Laura Ingraham, Mark Levin or Donald Trump himself.

One of these conservative figures could go on the air and explain that the Omicron variant has placed much of their audience in grave danger. They could remind people that they have been skeptical of vaccines at times — but that Omicron is different. It is so contagious that it may quickly sweep the country.

As they issued this warning, they could still take their usual swipes at the political left, mocking panicky liberals for wearing masks outdoors and forcing children to sit apart in cold schoolyards. Conservatives don’t need to do any of that; they just need to take a Covid-19 vaccine — the “Trump vaccine” that could save their life.

I don’t have any illusions about how likely this scenario is, but I do think that unvaccinated Americans — who are disproportionately Republican — are now in even more danger than a few weeks ago. Omicron seems to be qualitatively more contagious than any earlier variant. As my colleague Emily Anthes writes, in a roundup of the latest developments:

In South Africa, Omicron spread twice as fast as the highly infectious Delta variant. In Britain, officials have estimated that 200,000 people are becoming infected with Omicron every day. In Denmark, Omicron cases are doubling roughly every two days.

In the U.S., partisanship is the biggest factor determining vaccination rates. If Democratic voters made up their own country, it would be one of the world’s most vaccinated, with more than 91 percent of adults having received at least one shot. Only about 60 percent of Republican adults have done so.

This vaccination gap has created a huge gap in death rates, one that has grown sharply during the second half of the year.

The chart below is based on data from Charles Gaba, a health care analyst who has split the country into 10 equally sized groups. The Trump line refers to the one-tenth of Americans who live in counties that voted most heavily for Trump last year, while the Biden line is the equivalent for the president’s best counties. The line labeled “swing” describes counties where each candidate won at least 45 percent of the votes:

One telling detail is that Covid deaths in both swing counties and heavily Biden counties have not risen over the past two months, even as nationwide case numbers have surged. In heavily vaccinated communities, rising caseloads don’t automatically lead to rising death tolls.

In hundreds of U.S. counties, though, most adults still have not received a Covid vaccine shot. “Just since this summer, 150,000 unvaccinated Americans have needlessly lost their lives despite the widespread availability of vaccines,” Dr. Peter Hotez of the Baylor College of Medicine, in Houston, said yesterday.

Vaccine skepticism stems in part from messages on social media and conservative outlets like Fox News, the Sinclair Broadcast Group and talk radio. Pundits on these platforms often stop short of telling people not to get vaccinated, even as they send a general negative message about the shots.

They criticize vaccine mandates, sensationalize rare side effects and describe vaccination as a personal choice. They certainly do not deliver the clear message that scientists and Democratic politicians have: Get vaccinated, please, as soon as possible.

The fact that many of conservative pundits are vaccinated themselves would make a pro-vaccine message from them even stronger. It would surely be more persuasive than anything that President Biden, Anthony Fauci, Rochelle Walensky or a New York Times journalist could say.

Biden, at the White House yesterday, tried his best, saying, “We are looking at a winter of severe illness and death if you’re unvaccinated.”

There is still a chance that Omicron will be less bad than scientists fear. Some early evidence suggests it is less severe than earlier versions of the virus. And a substantial number of unvaccinated Americans have also had Covid before, giving them some level of immunity.

Still, unvaccinated people appear to be in real danger. For one thing, immunity wanes over time. For another, millions of adults have no immunity, having been neither vaccinated nor infected.

Finally, Omicron appears to be so contagious that even a modest decline in severity — such as the decline estimated in an early analysis from South Africa — could still lead to a large spike in deaths, as Dr. Robert Wachter of the University of California, San Francisco, explained to me.

Some basic arithmetic makes the point: Imagine that the risk of death is 30 percent lower from an Omicron case than a Delta case — but that Omicron leads to a tenfold increase in cases. This combination would lead to a substantial increase in deaths. “It’s bad number times a decent number, and you end up with a bad number,” Wachter said.

For vaccinated Americans, Omicron creates a complicated set of questions, and I’ll write more about them next week, including: When should I get boosted? (Now, experts say.) When should schools close? (Rarely.) How much should older people change their behavior? (It depends on their health, and it’s a vexing question regardless.)

For the unvaccinated, however, the best medical advice is clear: Get a shot that may save your life. The question is whether unvaccinated Americans will hear that message from the voices they trust.

“He believed another world was possible,” Laila Soueif writes about her son, a political activist imprisoned in Egypt.

School mask mandates are based on very shaky science, David Zweig writes in The Atlantic.

Advice from Wirecutter: Turn your home into a cozy cabin.

Lives Lived: Ken Kragen latched onto the idea to organize a recording session to raise money for famine relief in Africa, making “We Are the World” a reality. He died at 85.

The New York Times Faces Quiz offers you a chance to see how well you know some of the defining personalities of 2021. We have chosen 52. When we show you each face, you need to tell us the name. (And yes, we’re lenient on spelling.)

Play it here, and see how well you do compared with other Times readers.

The pangrams from yesterday’s Spelling Bee were allegiance, angelic, angelica, canceling, cancelling, cleaning, enlacing and inelegance. (Our colleague Sam Ezersky tells us it was the most pangrams ever.) Here is today’s puzzle — or you can play online.

Thanks for spending part of your morning with The Times. See you Monday. — David

P.S. Has holiday shopping — or airplane travel, or mailing a package — turned into more of a nightmare? Our colleague Sarah Lyall is writing about the frustrations of workers and customers during our second pandemic winter. Tell her about your experiences.

“The Daily” is about the next phase of the pandemic.

Claire Moses, Ian Prasad Philbrick, Ashley Wu and Sanam Yar contributed to The Morning. You can reach the team at themorning@nytimes.com.

Sign up here to get this newsletter in your inbox. 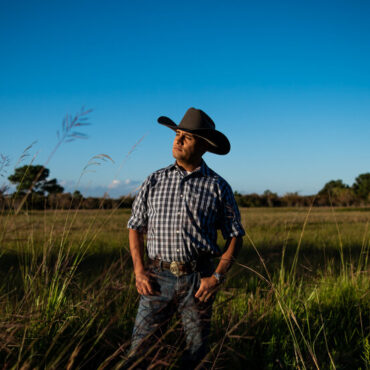 Stolen at Birth, Chilean Adoptees Uncover Their Past

Growing up in Minnesota, Tyler Graf knew almost nothing about his birth mother. And what little he knew, he said, stung.His adoption papers listed her name, Hilda del Carmen Quezada; her age, 26; the date, March 2, 1983; and the hospital where she gave birth to him in central Chile. The documents also included a judge’s note saying Ms. Quezada gave him up because she had little money and “other […]