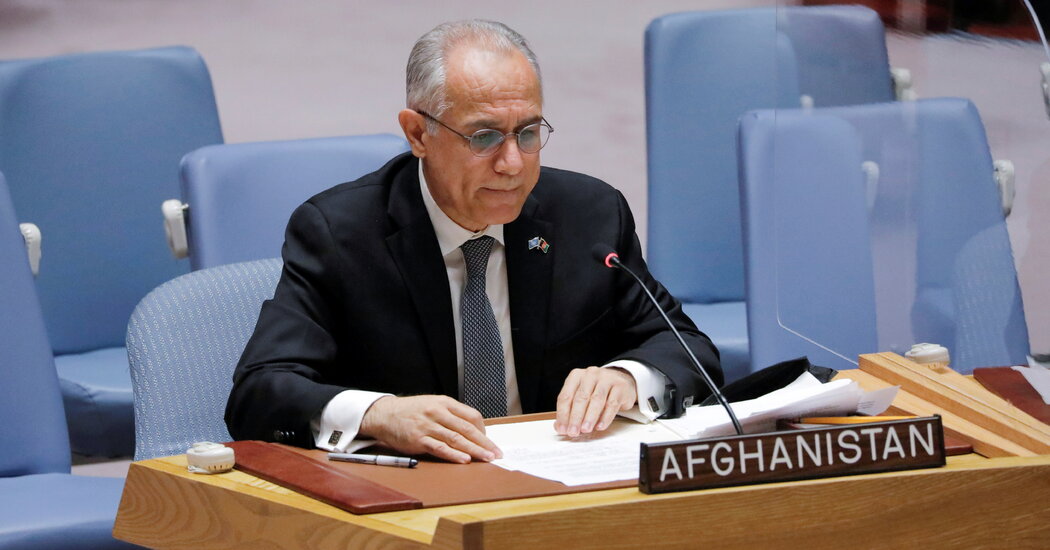 Pakistan’s foreign minister said Friday that the United Nations ambassador from Afghanistan’s toppled government had no standing and that its seat at the 193-member organization should remain vacant for now.

While not endorsing the Taliban’s request for U.N. representation, the Pakistan foreign minister, Shah Mahmood Qureshi, said in an interview with The New York Times that he had seen indications of improved stability in Afghanistan since the American withdrawal nearly a month ago after 20 years of war and occupation.

He further said that, to his surprise, there had been no sign of a feared descent into civil war in Afghanistan over the Taliban’s victory — at least not yet. Nor had Pakistan seen an influx of Afghanistan citizens surge across the border, he said, while offering the reminder that Pakistan already houses millions of refugees from the protracted upheaval in its western neighbor. “We do not have the capacity to absorb more,” he said.

Although Pakistan has erected a security fence along the porous frontier with Afghanistan, Mr. Qureshi said, “the border is open at the moment,” and that “because of that improved situation, people have started to move back.”

Still, Mr. Qureshi allowed for the possibility that a humanitarian and economic collapse in Afghanistan remained a real threat.

Mr. Qureshi, who has been attending the United Nations General Assembly this week, spoke with The Times, not just about the crisis in neighboring Afghanistan but also about the American relationship with his own country.

Mr. Qureshi spoke as a diplomatic drama was intensifying over who, if anyone, would speak for Afghanistan at the weeklong schedule of annual speeches at the General Assembly, which concludes on Monday. The last slot on the roster is currently reserved for Afghanistan.

The ambassador of the toppled government, Ghulam M. Isaczai, remains the officially recognized envoy of Afghanistan at the United Nations. But the Taliban have requested that Suhail Shaheen, the militant movement’s spokesman in Doha, Qatar, replace Mr. Isaczai and be permitted to speak at the General Assembly.

Mr. Qureshi said it remained to be seen whether the Taliban’s request was justified. But he also said Mr. Isaczai’s right to represent Afghanistan at the United Nations was not defensible because his government had collapsed and its president, Ashraf Ghani, had fled abroad.

“Who is he speaking for?” Mr. Qureshi asked about Mr. Isaczai. The best short-term solution for Afghanistan’s U.N. seat, Mr. Qureshi said, is “keep it empty.”

He also dismissed the idea of even talking to Mr. Isaczai. “What good would it do?” he said. “To me he’s of no use.”

Mr. Isaczai, who has kept a relatively low profile in recent weeks, did not immediately respond to messages seeking comment.

Asked who might be speaking for Afghanistan on Monday, Stéphane Dujarric, the chief U.N. spokesman, said in an emailed message that “as for now, the Afghanistan representative inscribed on the list for Monday is H.E. Mr. Ghulam M. Isaczai.”

The question over who should be Afghanistan’s rightful representative at the United Nations is to be taken up by the General Assembly’s Credentials Committee, a nine-member group that includes China, Russia and the United States. It is not expected to address the question until October or later.

While Pakistan is not on the committee, Mr. Qureshi’s views on the matter are important because his country is one of Afghanistan’s most influential neighbors, with significant impact on its trajectory under Taliban control.

The U.N. Security Council, the most powerful body in the organization, has said that the Taliban must form an inclusive government, protect the rights of women, girls and minorities, prevent terrorist groups from using Afghanistan as a base, allow the free flow of humanitarian aid and permit the exit of all who wish to leave.

Mr. Qureshi said Afghanistan’s Taliban rulers “are not unaware” of the international community’s expectations concerning their standard of behavior.

“Obviously they’ll be judged,” he said. “I think they are beginning to understand.” 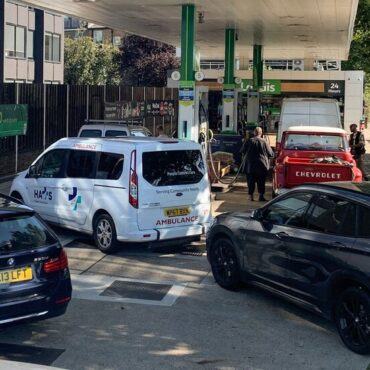 For the opposition Labour Party, which struggled to attack the government amid the national solidarity inspired by the pandemic, hitting the Tories over the high cost of living is an easy strategy. Some analysts predict a series of humiliating reversals for Mr. Johnson, starting with potential repercussions from the tax increases.“When articles are written in Conservative papers about a return to the Seventies, that’s a flashing red sign for a […]