Pakistan’s leader is in Moscow to meet with Putin about a gas pipeline. 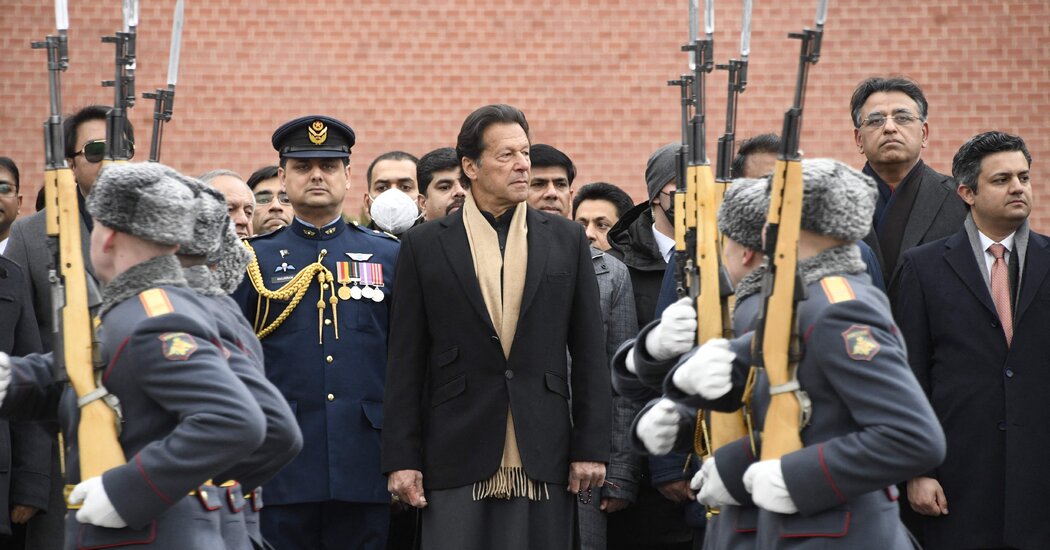 Prime Minister Imran Khan of Pakistan was due to meet President Vladimir V. Putin of Russia in Moscow on Thursday during a long-planned visit that began hours before Russian forces attacked Ukraine.

Mr. Khan intended to push for a multibillion-dollar gas pipeline to be built by Pakistani and Russian companies, according to news media reports in Pakistan.

And while some commentators called the visit ill-timed and said it would be cut short, Pakistan’s information minister said on Twitter that it would proceed as planned, with Mr. Khan returning to Pakistan later Thursday.

Gas is a crucial export for Russia, and Germany on Monday halted certification of the Nord Stream 2 pipeline linking the country to Russia in response to the Kremlin’s recognition of two separatist regions in Ukraine. That could potentially increase the importance of other outlets for Russian gas.

Mr. Khan, in an interview broadcast on Tuesday, avoided criticizing Moscow’s policy in Ukraine and said he hoped the crisis could be resolved peacefully.

“What we want to do is not become part of any bloc,” he said in the interview, given with the Russian news media courtesy of the Moscow-controlled broadcaster RT. “We want to have trading relations with all countries.”

He said that sanctions on Iran had contributed to delays in building the pipeline.

The U.S. State Department said that it was aware of Mr. Khan’s visit and that it hoped Pakistan, like all countries, would voice objection to Mr. Putin’s action in Ukraine, especially given the longstanding partnership between Islamabad and Washington.

Ned Price, a State Department spokesman, said at a briefing on Wednesday that Washington hoped “every country around the world would make that point clearly in unambiguous language in their engagements with the Russian Federation.”

In Moscow, Mr. Khan laid a wreath at the Tomb of the Unknown Soldier, a war memorial dedicated to Soviet troops who died in World War II, according to The Associated Press of Pakistan, which said it was the first visit by a Pakistani leader to Moscow in two decades. 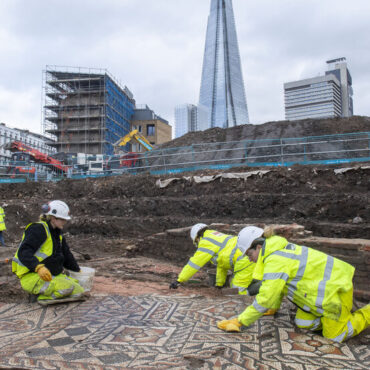 LONDON — The Southwark district in London during the Roman era is often presented as little more than a patch of swampy land lined with low-end brothels, taverns, and gambling joints. But two newly discovered mosaics in the district south of the Thames are adding to evidence that it also had a more upmarket side.“These are exceptional,” said David Neal, an expert on British mosaics, said of the mosaics, which […]