Palestinians Finally Have Vaccines. But Will People Take Them? 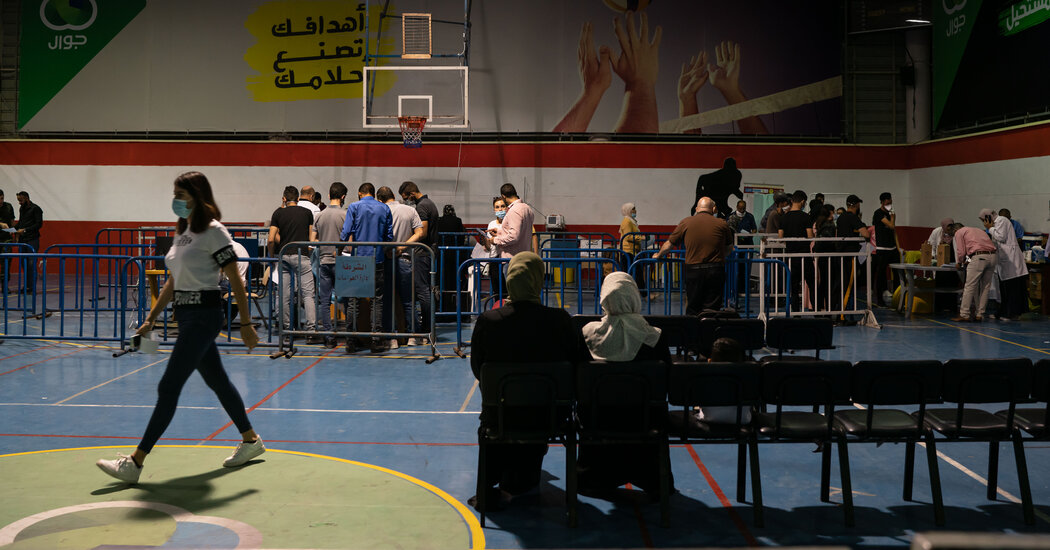 But Ms. Gadeon, 41, the membership director at the Bethlehem Chamber of Commerce, has refused to receive the Covid-19 vaccine, worrying about side effects like blood clots, heart complications and hair loss. While some damaging side effects have been found, they are extremely rare and health experts say the benefits of getting vaccinated far exceed the risks.

“I’m strongly opposed to taking the vaccine now,” she said. “I would only be comfortable after a three- to five-year study proves that it is safe to get.”

For months, the Palestinian authorities in the West Bank and in the blockaded Gaza Strip struggled to inoculate residents for want of vaccine supplies.

Now they have received millions of doses, but they are facing a new challenge: persuading a majority of the public to get the shots.

“We’ve got vaccines, but we urgently need people to get vaccinated,” said Shadi al-Liham, the top Health Ministry official in the Bethlehem district. “They are critical to helping us get through the pandemic.”

The number of new cases of the virus in the West Bank and Gaza jumped significantly over the past week, reaching 868 in the West Bank on Thursday and 1,021 in Gaza on Friday, the highest single-day figures in months. The number of hospitalizations in both territories has roughly tripled in the last two weeks.

But only 37 percent of eligible West Bank residents have received at least one dose of vaccine, and about 18 percent in Gaza, according to health officials in the two territories.

Disinformation and conspiracy theories, along with more well-founded concerns about waning vaccine efficacy, have contributed to widespread hesitancy about getting inoculated, according to Abdulsalam al-Khayyat, director of the public health department at An Najah University’s medical school in Nablus, in the West Bank.

“Many people simply are not receiving reliable information about the vaccines,” he said.

Bethlehem, where the first confirmed case of Covid-19 in a West Bank Palestinian city was found, may have been harmed the most. In addition to causing at least 258 deaths in the region, the virus has ravaged the tourism industry in the city where Christians believe Jesus Christ was born. Hotels and restaurants have closed and tour guides have been put out of work.

But at the bustling open-air market in the Old City, many fruit and vegetable vendors spoke almost as loudly about their vaccine skepticism as they did in hawking their produce.

“I read online that people will die two years after they take the vaccine,” said Issa Abu Huleil, 53, citing an unfounded rumor as he sold a watermelon to a customer. “So I decided I’m not taking the vaccine. Why would I risk it? My health is excellent.”

This past week, the Palestinian Authority and Hamas, the Islamist militant group that rules Gaza, ordered government employees to get vaccinated in an effort to increase compliance.

Refusing to be vaccinated “is not a matter of personal freedom,” Prime Minister Mohammad Shtayyeh of the Palestinian Authority said in announcing the decision. “Your freedom ends when it causes harm to others’ health.”

The authority said that public sector employees who do not get vaccinated would be placed on unpaid leave until the end of the pandemic. The government is the West Bank’s largest employer, and Palestinian officials said that the number of vaccinations increased substantially in recent days, after the government order took effect.

In Gaza, all government employees must be vaccinated or face legal measures, said Ashraf al-Qidra, a spokesman for the Health Ministry. And anyone in the private sector whose work brings them into direct contact with the public must be vaccinated, too, if they want to stay in their jobs, Mr. al-Qidra said.

Human rights advocates expressed reservations about the measures’ strictness, arguing that officials could have introduced incentives instead, such as extra vacation for getting vaccinated, or allowed employees who refused the vaccine to continue working on the condition of being tested regularly.

“There needs to be a balance between public health and personal freedoms,” said Ammar Dwaik, the director of the Independent Commission for Human Rights, a Palestinian government-established body. “But I think the authorities could have given more consideration to alternatives here,” he added.

Vaccine hesitancy is just the latest snag in the Palestinians’ tortuous fight against the pandemic. For much of this year, Palestinians had very few vaccines, leading to harsh criticism of Israel for not protecting Palestinians under its occupation while it carried out a world-leading vaccination program for Israeli citizens.

But many of the doses that the Palestinian Authority did have were siphoned off to the senior ranks of the ruling party, allies in the media and even to family members of top dignitaries. Last spring, Israel gave vaccines to more than 100,000 Palestinians who work in Israel but not to the millions of other Palestinians in the West Bank and Gaza.

And when Israel finally offered the authority more than a million doses in a vaccine-exchange deal in June, the authority turned them down.

Since the Palestinians began receiving international shipments in February, they have received more than 2.8 million doses, according to the World Health Organization, enough to fully vaccinate most of the currently eligible population. The authorities in the West Bank and Gaza are in the process of receiving or negotiating deals for about another 4.6 million doses, the organization said.

Palestinian health officials said that more than 1.2 million doses had already been administered. An American donation of 500,000 doses arrived this week, and an order of four million Pfizer doses was arriving in batches.

Richard Peeperkorn, the W.H.O. representative in the West Bank and Gaza, said that the authorities still needed many more vaccines to inoculate an overwhelming majority of the population.

At a vaccination center in Bethlehem on Thursday, the effect of the Palestinian Authority’s decision to require its employees to become vaccinated was apparent.

Dozens crowded near a table where nurses were administering a variety of shots, while others filled out paperwork outside.

But several people receiving the inoculation said that they were getting vaccinated only because they had to.

“I’m not convinced about the vaccine at all,” said Mohammed Quwar, 34, an aspiring taxi driver. But the Transportation Ministry, he said, would only allow him to take a driving test if he showed proof of vaccination.

“I don’t see any benefit from the vaccine, but I want to be a taxi driver,” he said. “So, I really don’t have a choice.” 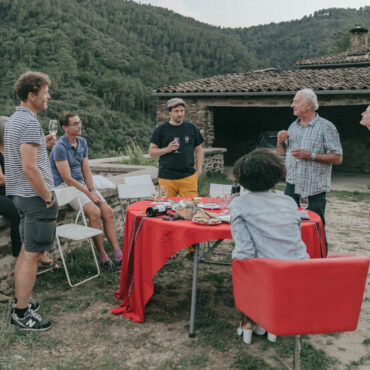 BEAUMONT, France — The vines were once demonized for causing madness and blindness, and had been banned decades ago. The French authorities, brandishing money and sanctions, nearly wiped them out.But there they were. On a hillside off a winding mountain road in a lost corner of southern France, the forbidden crop was thriving. Early one recent evening, Hervé Garnier inspected his field with relief.In a year when an April frost […]