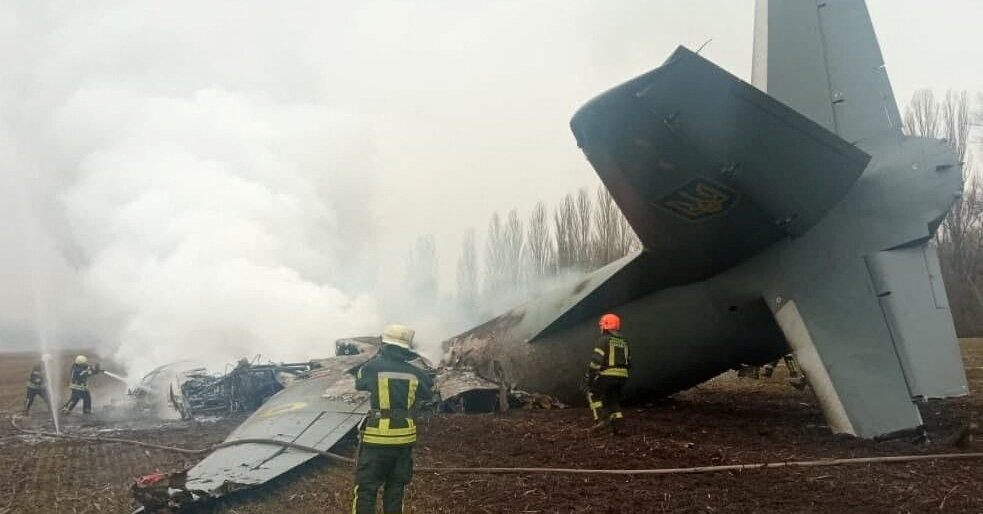 Western leaders have described the sanctions that they have imposed on Russia as “strong” and “severe.” And the sanctions will damage the Russian economy. After the U.S. and Britain announced new measures yesterday — making it harder for Russian companies to raise money or import goods — an index of Moscow’s stock market fell more than 30 percent.

But it’s also worth taking a look at the potential sanctions that the U.S., Britain and the European Union have chosen not to impose. They are almost certainly more severe than the sanctions going into effect. A full-scale diplomatic response to Russia’s invasion of Ukraine could include:

That the U.S. and its allies have chosen not to pursue a more aggressive path helps explain why Putin has been willing to take the enormous risk of starting the most significant war in Europe in 80 years. He believes that his enemies will respond in a limited way. Not only will they decline to send troops to Ukraine; they will fight only a limited economic and diplomatic battle, too.

This decision could change at some point, of course. For now, I want to help you understand why the Western response has been so limited.

1. Sanctions will hurt the West, too. “It’s very hard to get countries to sign up for truly tough sanctions against Russia,” Michael Crowley, who covers the State Department for The Times, told me. “It comes at a cost to their own economies.”

Freezing out Russian banks could create problems for the global financial system. Hurting Russia’s energy industry would increase prices when inflation is already high and angering many Western workers. The effects would often be largest in the E.U., which may explain why European officials have often been more dovish on sanctions than American or British officials.

(Here’s an explainer about why the U.S. cannot unilaterally cut off Russia from the SWIFT financial network — and why some Europeans have reservations.)

“The European Union is Russia’s largest trading partner, accounting for 37 percent of its global trade in 2020, and receives a third of its energy from Russia,” my colleague Patricia Cohen wrote. “The flip side of mutual interest is mutual pain.” Matina Stevis-Gridneff, The Times’s Brussels bureau chief, adds: “The reality is that many of the tougher sanctions are considered too onerous for Europe.”

One unknown is whether the ugly reality of war in Ukraine — as opposed to merely the prospect of it — will make Western leaders and citizens more willing to accept economic costs. If not, Putin’s gamble may have succeeded, which autocrats elsewhere will no doubt notice.

2. The West worried about closing off lines of communication. Western allies have started to impose more measures designed to hurt Russian oligarchs and top officials. But the sanctions have not yet targeted the very top officials, including Putin, nor have they cut off many Russian elites’ access to the West.

The result, as Applebaum has written, is that much of Putin’s inner circle has felt insulated from sanctions (including those imposed after Russia annexed Ukraine’s Crimean peninsula in 2014). Rather than seizing the assets of Russian elites and expelling their children from boarding schools and universities, the West has tried to negotiate. In effect, Applebaum argues, two sides in this battle are playing by different rules.

“Western leaders and diplomats,” she wrote, “think they live in a world where rules matter, where diplomatic protocol is useful, where polite speech is valued. All of them think that when they go to Russia, they are talking to people whose minds can be changed by argument or debate. They think the Russian elite cares about things like its ‘reputation.’ It does not.”

3. The West has wanted to move slowly — both to retain future options and to avoid aggravating the crisis.

As Matina reports, the E.U. is keeping some sanctions in reserve. Doing so will allow it to impose them if Putin later expands the war and will also keep open a channel of communication with the Kremlin, officials say. Critics of this approach, on the other hand, say it “gives the impression of proportionality to a completely outrageous move by Putin which should be met by shock and awe,” Matina said.

For now, the critics are losing the debate.

Dmitri Alperovitch, an American technology executive born in Russia, argues that a full-on sanctions program would bring major risks, too. It could debilitate Russia’s economy and make Putin fear for his regime. Russia might hit back by restricting energy exports, to increase inflation and cause political instability in democracies. Russia could also launch cyberattacks.

“This outcome — a hot conflict between two nuclear powers with extensive cyber capabilities — is one that everyone in the world should be anxious to avoid,” Alperovitch wrote in The Economist. It’s a reminder that there are rarely easy answers once a war begins.

The latest: Here are the sanctions E.U. leaders have agreed on.

‘The Godfather,’ in theaters

One of the most famous movies of the 20th century is coming out again — and it will be as if no time has passed.

Fifty years after its release, “The Godfather” is returning to theaters today, with a restored print that cleans up stains, tears and other flaws. After a limited run in theaters, the new version will come out on home video next month.

The movie was released in March 1972, and it received a rave review in The Times. “Francis Ford Coppola has made one of the most brutal and moving chronicles of American life ever designed within the limits of popular entertainment,” the critic Vincent Canby wrote.

Coppola, now 82, told The Times that the goal of the project was to make the film look new again without spoiling its famously dark appearance. And if you wonder whether he ever gets tired of watching the movie, even after a half century, his answer is: “No. Never.” — Claire Moses, a Morning writer 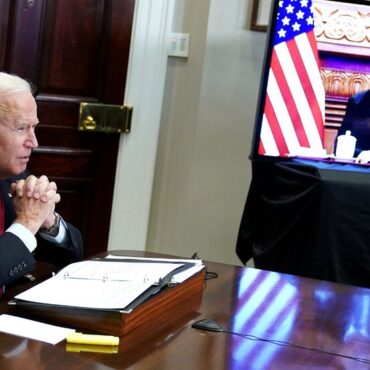 The Biden administration’s diplomatic outreach to China to try to avert war began after President Biden and Mr. Xi held a video summit on Nov. 15. In the talk, the two leaders acknowledged challenges in the relationship between their nations, which is at its lowest point in decades, but agreed to try to cooperate on issues of common interest, including health security, climate change and nuclear weapons proliferation, White House […]