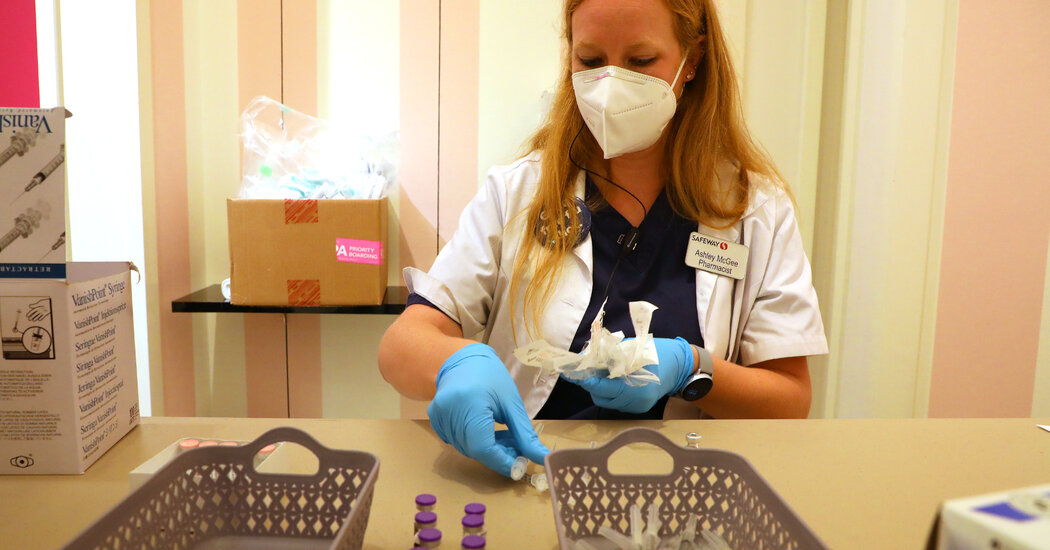 Pfizer reported data on Friday showing that its coronavirus vaccine had a 90.7 percent efficacy rate in preventing symptomatic Covid-19 in a clinical trial of children ages 5 to 11.

The company submitted the information to the Food and Drug Administration, which was expected to release its own analysis of the data later in the day.

Children in the trial received a dose of 10 micrograms, smaller than the 30-microgram dose given to adults. The company said that the dosage was safe, and that trial participants had seen only mild side effects.

The company released the data before a meeting next week at which expert advisers to the F.D.A. will decide whether to recommend that the agency authorize the vaccine for children in this age group. Federal regulators have already made the vaccine available for those 12 and older.

If the F.D.A. authorizes the vaccine for ages 5 to 11 — a move that could help protect more than 28 million people in the United States — the Centers for Disease Control and Prevention will then make recommendations to the agency next month on how the shots should be administered.

According to federal data, 66 percent of the U.S. population has received at least one dose of a Covid vaccine, while 57 percent are fully vaccinated.

He praised Kaleb Cooper and other staff on his farm after being presented with the prize at the event in Birmingham Jeremy Clarkson has been presented with a prize at the British Farming Awards. The television presenter stars in Clarkson’s Farm, which sees him grow crops and look after livestock on land he owns in the Cotswolds. He bought the farm in 2008 and it was run by a villager, but when he retired in 2019 Clarkson decided to see […]