Philippines’ Nobel Prize Newsroom Is Overjoyed but Under Siege 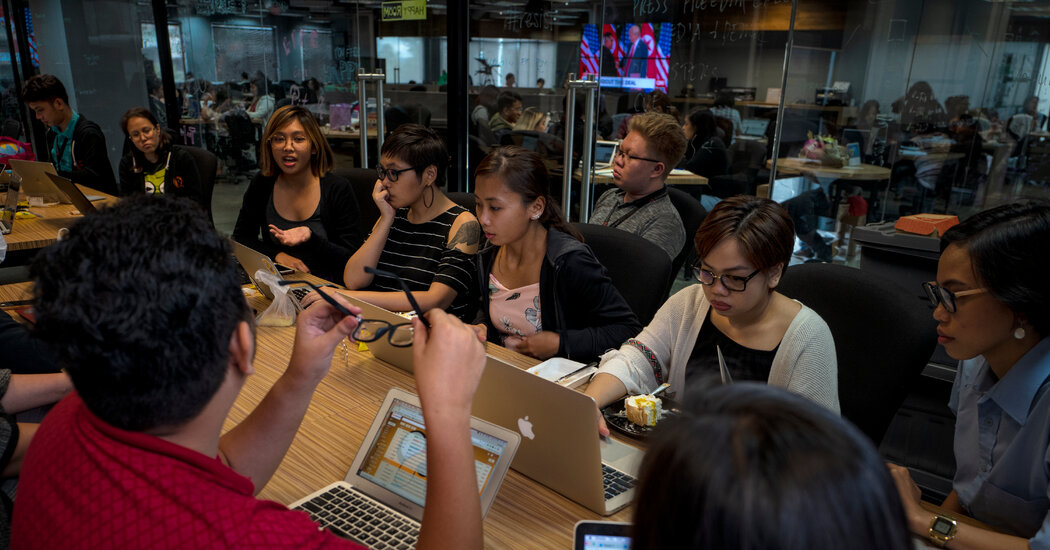 The young editors and reporters of the Philippine news site Rappler were already busy on Friday. It was the last day candidates could file to run in next year’s elections, and the journalists were watching to see who would try to replace Rodrigo Duterte, the president who for years has attacked Rappler and threatened its staff members.

Then Maria Ressa, one of the news outlet’s founders, heard she and a Russian journalist, Dmitri A. Muratov, had been awarded the Nobel Peace Prize for their “courageous fight for freedom of expression.” She immediately texted her co-founders: “I won.” Word got out, and a slew of “OMGs” flooded the company’s Slack channel.

For several hours, the staff said, they were energized by Ms. Ressa’s award. But they know tough times lie ahead. The news website could still be shut down. There are seven active court cases pending against Ms. Ressa and Rappler. The site’s journalists face immense pressure from online trolls, who have been emboldened by Mr. Duterte’s suggestion that reporters should be treated as “spies” who are “not exempted from assassination.”

“We need to fight and soldier on,” said Gemma Mendoza, who leads Rappler’s efforts to address disinformation in digital media. “You feel when you’re in this situation, that it is bigger than yourself. And having that feeling fuels you and you keep going.”

At stake is the future of one of the few independent journalistic institutions in the Philippines. With coverage about abuses by the police in Mr. Duterte’s war on drugs and stories about corrupt deals involving local businessmen, Rappler has come to symbolize fearless journalism in a region where the press is consistently hobbled.

Reporters for Rappler acknowledge these are trying times. Access is an issue because of Mr. Duterte’s attacks on them. The psychological burden of being trolled, especially in a newsroom where the median age is only 23, is draining. But they are still striving to — in the words of Ms. Ressa — “hold the line.”

They know all too well that defying Mr. Duterte comes at a high price. In January 2018, the Philippines’ Securities and Exchange Commission announced that it would revoke Rappler’s operating license, saying the site had violated laws on foreign ownership. The action was widely seen by rights activists and other journalists as retaliation for Rappler’s coverage of Mr. Duterte’s brutal drug war.

During a staff meeting shortly after, Ms. Ressa and her co-founders, Lilibeth Frondoso, Glenda Gloria and Chay Hofilena, stressed that the company was not going to be intimidated. Together, the founders are referred to in the newsroom as “manangs” — a Filipino term of endearment for an older sister.

Bea Cupin, a senior reporter, said she entered the meeting “kind of confused and a little worried” but left feeling hopeful. “It was clear that our manangs were going to fight, so I think that helped a lot of us, the younger people of Rappler,” said Ms. Cupin. “It was like: ‘OK, maybe we can do this.’”

Founded in 2012, the news organization exposed how some of the people killed by the police had not fought back, as the authorities had said, but instead were summarily executed. It called for those responsible to be held accountable.

Mr. Duterte responded by singling out Rappler in his 2017 State of the Nation address, saying it was “fully owned by Americans,” in violation of the Philippine Constitution. In 2018, after the government announced it would revoke the website’s license, Mr. Duterte said it was not a political decision but called the organization a “fake news outlet.”

In July that year, the Philippine Court of Appeal asked the regulator to review the case again, allowing Rappler to stay open — for now.

In February 2019, the authorities arrested Ms. Ressa and a researcher in a libel case involving an article that was published four months before the law they invoked was enacted. In June 2020, Ms. Ressa was convicted of that charge, which she is appealing.

The onslaught has made Ms. Ressa more determined than ever. “When you come under attack, all of the friction of a news organization, they die away, especially with the mission of journalism, if you know what you’re supposed to do,” she said in an interview. “I think that’s been incredibly empowering and it gives us energy.”

“You get tired, and you get afraid. But I have three co-founders. We take turns at being afraid,” she said. “We’re never afraid at the same time.”

As chief executive officer, Ms. Ressa manages the business and tech operations of the newsroom. To get around the loss of advertisers because of Mr. Duterte’s attacks, Rappler has put its resources into data-driven projects and subscriptions. Even with a newsroom of only 15 reporters, it launched more podcasts and short videos during the pandemic, allowing the company to be profitable in 2020.

Ms. Ressa and her co-founders cut their teeth as reporters during the “People Power” revolt that brought down President Ferdinand Marcos in the mid-1980s. A black funeral wreath was once delivered to Ms. Gloria’s family door. Ms. Frondoso was once thrown in prison with her newborn child.

Leaders of the roughly 100-person newsroom say part of not being afraid is being prepared. Ms. Gloria said the company had done drills preparing for four scenarios: an arrest, a raid, a jail sentence and a shutdown. In February 2020, one dry run of a raid was so realistic that the staff, who were none the wiser, started broadcasting it on the website’s Facebook Live platform.

The fight for press freedom now, Ms. Gloria said, is more complex than it was in the 1980s, “because the reputational attacks are insidious, systematic and widespread.”

“If you’re a Filipino journalist who is underpaid and who works in an environment that is not exactly secure, economically and financially, your only wealth is your reputation,” said Ms. Gloria. “But when you’re attacked online by a troll army and accused of corruption and unfounded claims, then you lose that right.

“That’s what our young reporters have gone through and are going through, and that has really hardened them a bit in terms of their courage,” she said.

The company offers advice on dealing with trolls: engage people and debunk lies. Report threats to Facebook immediately. And use investigative skills to expose those behind the trolling.

Like many newsrooms in the United States, Rappler also grapples with questions over what it means to be objective today, especially in an environment where freedom of the press is under siege. Paterno Esmaquel II, Rappler’s news editor, said one of the questions he asked interviewees was how they felt about the news organization being attacked. There should not be any wishy-washy answers, he said.

“People think that we have to be just transcribers and stenographers. That is not how it is supposed to be,” said Mr. Esmaquel. “Your very existence is at stake, and if you do not fight back, then what are you?” 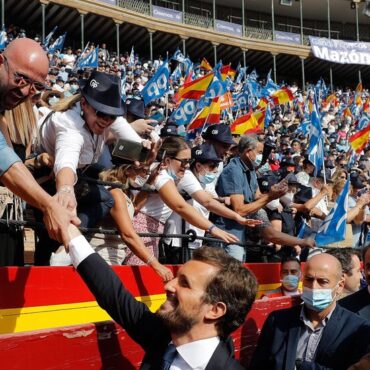 In Debate Over Conquistadors 500 Years Ago, Spanish Right Sees an Opportunity

MADRID — In a letter to Mexican bishops last month, Pope Francis called for a revisiting of the country’s history, especially the role of the Roman Catholic Church, and urged clergy members to “recognize the painful errors committed in the past.”Yet it wasn’t in Mexico where his remarks drew controversy, but in Spain, where the right wing soon rallied behind the country’s role in conquering the Americas, alongside the church, […]