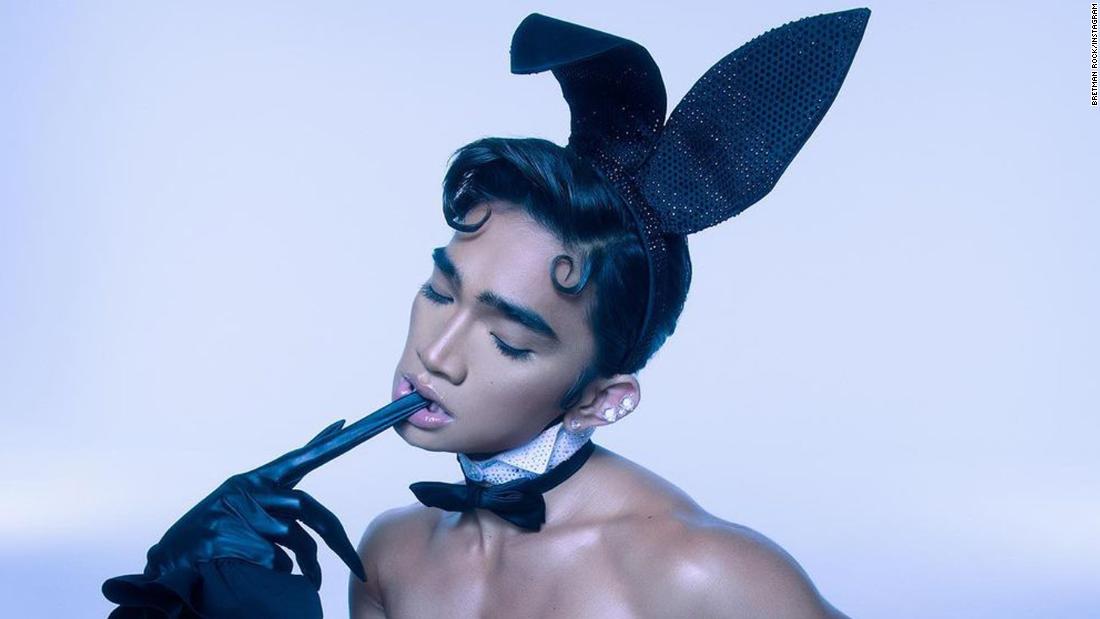 Bretman Rock has donned Playboy’s famed bunny ears and become the first out gay man to star on its cover.

The 23-year-old Filipino beauty influencer, who rose to fame on YouTube before landing his own MTV show, is one of the few men to ever wear the Playboy ears, joining actors Ezra Miller and Paul Rudd. And he follows in the footsteps of Bad Bunny, who made history last July as the magazine’s first male cover star (besides its late founder, Hugh Hefner).

“For Playboy to have a male on the cover is a huge deal for the LGBT community, for my brown people community, and it’s all so surreal,” Rock is quoted as saying on Playboy’s Instagram page. Rock has worked with the brand before, producing clothing with them, but it’s his first time posing in an editorial for the magazine.

The shoot is digital-only, as the brand dropped its print magazine in March 2020 after 66 years, citing “disruption” in production and supply chains caused by the coronavirus pandemic The new digital cover was photographed by Brian Ziff and features Rock in the Playboy Bunny ears, necktie and cuffs — which have also been worn by icons including Kate Moss and Dolly Parton — in addition to a black corset and black platform heels. Ziff also photographed a second set of glittering, retro-looking images featuring Rock with gem-encrusted lips and slinky velvet black gloves.

Rock recently showed up to the MTV Video Music Awards wearing a tribute to the late singer Aaliyah — the black and yellow Roberto Cavalli dress she wore to the event in 2001. And though Rock is known for his glamorous looks, he told Playboy his personal style has more of a sense of ease to it.

“My personal style is very much like who Bretman Rock is. Not giving a f*** and wearing whatever I feel cute in,” he is quoted as saying. “I look cute in this today but I could’ve done this s*** naked. Just saying.” 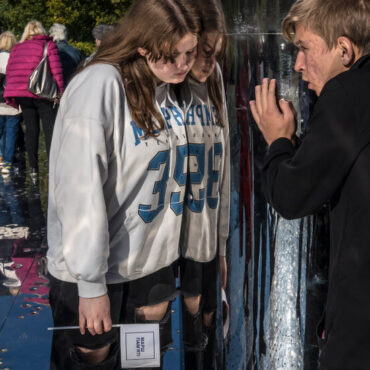 A Tech-Savvy Holocaust Memorial in Ukraine Draws Critics and Crowds

KYIV, Ukraine — An advertisement on the Ukrainian-language version of Tinder, the online dating platform, offered a not-so-romantic experience.“Touch the tragedy of Babyn Yar,” the ad suggested, urging users to learn more about one of the largest mass shooting of Jews in World War II, at a site in Kyiv.The pitch was hardly an outlier. As Ukraine this week marks the 80th anniversary of the massacre at Babyn Yar, web-savvy […]