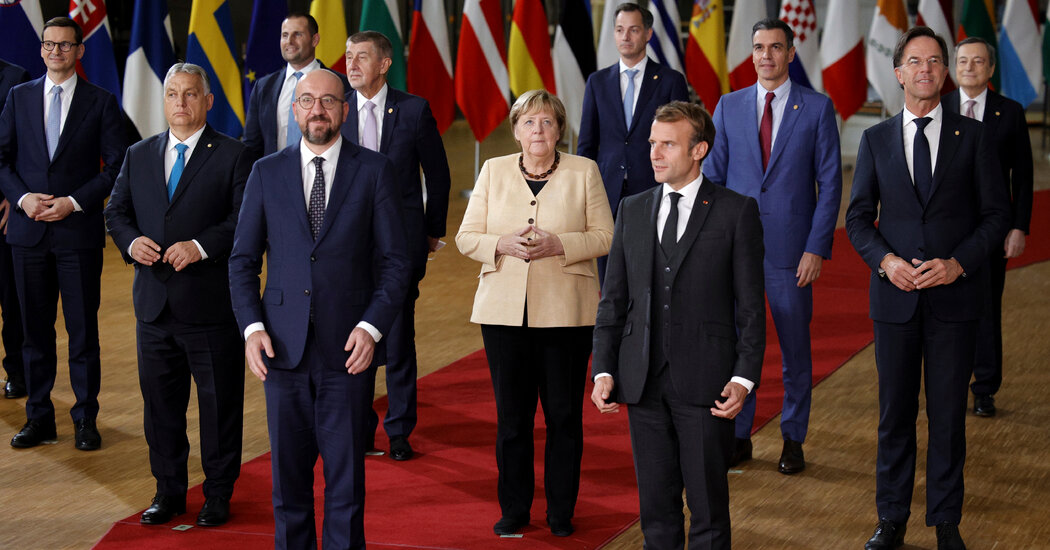 BRUSSELS — The European Union is facing a growing challenge from Poland that is pitting its own institutions against each other and leaving member states divided: What to do when a member repeatedly violates rules agreed on by the bloc’s 27 countries, but shows no intention of leaving?

For years, European Union officials and leaders have tried to counter Poland’s attacks on the rule of law, its illiberal views on issues like L.G.B.T.Q. rights and media freedom, and the dismantling of the judiciary’s independence. Professing “deep concern” — E.U.-speak that doesn’t quite convey the depth of the frustration among many in the bloc — they have deployed first dialogue, then lengthy legal proceedings, and now threats of sanctions to get Poland to reverse its policies.

But Poland has showed no intention of backing down, and took a provocative step this month when its top court ruled that the country’s Constitution trumps European Union law in certain aspects, thus rejecting a key pillar of the European project.

The bad blood escalated this week after the president of the European Commission and the Polish prime minister clashed in the European Parliament. Talks on the rule of law also dominated a summit of E.U. national leaders in Brussels on Thursday and Friday along with energy prices.

European Union officials say they face an unprecedented situation in which a member is directly challenging a founding principle of the bloc: the primacy of E.U. law over national legislation. Some analysts also argue that Poland’s intransigence may pose a bigger threat than Brexit, another existential crisis in which one member, Britain, decided unilaterally to leave, while the rest remained united.

“E.U. legitimacy is at stake: if there’s no primacy of European law over national laws, what’s the point of having a union?” said Sophie Pornschlegel, a senior policy analyst at the Brussels-based European Policy Center.

In a tense exchange in the European Parliament on Tuesday, Prime Minister Mateusz Morawiecki of Poland accused the European Union of overstepping its authority and blackmailing Poland into accepting the commission’s instructions with sanctions. “If you want to make Europe into a nation-less superstate, first gain the consent of all European countries and societies for this,” he said.

Poland has long maintained that Brussels is bent on restricting Polish sovereignty and pushing policies on L.G.B.T.Q. rights and other issues that run contrary to Polish traditions and the will of voters.

“Your arguments are not getting better. You’re just escaping the debate,” the president of the European Commission, Ursula von der Leyen responded, adding that the E.U’s executive body would not let the violations go unpunished.

Alice Stollmeyer, the executive director of Defend Democracy, a Brussels-based nonprofit organization, said the bloc had more important issues to tackle than infighting among members. “The E.U. can only be as strong as it is united, and when it’s not, others rejoice,” she said. “Putin must be watching with a box of popcorn.”

European Union officials and experts have warned that the repeated attacks on the judiciary by Poland’s right-wing and nationalist government could embolden other governments to follow their example.

The leaders of Lithuania and Hungary sided with Poland at the European Council on Thursday. In France, Eric Zemmour, a far-right pundit and likely candidate in the next presidential election whose popularity has been rising in recent weeks, has called for support for Poland in its “fight for liberty.”

Daniel Kelemen, a professor of European studies at Rutgers University, said challenges to the rule of law by European Union members could “grow and metastasize like a cancer.”

“If the Polish government can simply ignore the primacy of E.U. law, then other governments could ignore whatever aspect of E.U. law they say is unacceptable to them,” he said.

While tensions between Poland and the European Union have been high for years over cultural and rule of law issues, the current crisis was sparked by a refusal by Poland this summer to enact a ruling by the European Court of Justice to dismantle a disciplinary chamber that critics say has been used to dismiss defiant judges.

The Polish government doubled down this month when its constitutional court handed down the ruling that gave primacy to the country’s Constitution over E.U. judges in some areas.

Didier Reynders, the European Union’s justice commissioner, called the ruling “a direct challenge to the E.U. legal order, the foundations of the European project,” and vowed to use more legal procedures or financial sanctions to pressure Poland to relent.

Mr. Morawiecki said this week that the Polish government would dismantle the disciplinary chamber, but gave little details. Legal experts also say it will not be enough to restore the independence of the judiciary in Poland.

Taking aim at the bottom line, the commission has withheld $41 billion in payments to Poland as part of the bloc’s Covid-19 $857 billion recovery fund, which amounts to almost 7 percent of the country’s annual income.

It has also threatened to use a new instrument that ties the disbursement of European Union funds — which are channeled into farming subsidies or infrastructure projects, for instance — to the respect of the rule of law, but has yet to activate it.

Speaking on background, a commission official on Wednesday called the procedure, known as the “rule of law conditionality mechanism,” the “sharpest tool in the toolbox,” but acknowledged that it would take months for it to have an impact.

The European Council, which gathers the bloc’s 27 leaders, has also been divided on how to put pressure on Poland. Countries like the Netherlands or Belgium have pushed for more decisive action, including activating the rule of law mechanism, but others, such as France and Germany, have urged more dialogue. At the summit on Thursday, leaders avoided a tense face-off on the issue, leaving the situation almost unchanged.

“France, Germany and others need Poland and Hungary on so many other issues, like the European Green Deal,” Ms. Pornschlegel said, referring to plans by the bloc to tackle climate change.

Other analysts see no end in sight because Poland and the European Union need each other: Poland is the bloc’s fifth-most-populous country, and its biggest economic country in Eastern Europe. And Poland has no intention of leaving the European Union — E.U. funds amount to nearly 4 percent of Poland’s national income.

Piotr Buras, the head of the Warsaw office at the European Council on Foreign Relations, a research institute, said the debate over the primacy of E.U. law should not hide the real issue: the dismantling of Poland’s judiciary. “This is not E.U. competences versus member states’ competences; it’s democracy versus autocracy.”

The crisis has also pitted E.U. institutions against each other, further undermining its unity: this week, the European Parliament filed a lawsuit against the commission over its reluctance to activate the new mechanism to block budget disbursements over rule of law violations.

Sergey Lagodinsky, a Green member of the European Parliament, said that blocking E.U. money would deprive Poland and Hungary of “a considerable share of their economic wealth.”

Ms. Stollmeyer of Defend Democracy said she hoped the Polish government would de-escalate the crisis, as it had taken proportions that she said it was not expecting. “Poland didn’t even mean to make it a European conflict; it was meant for a domestic audience,” she said.

A more pessimistic option would be to wait until Poland’s next elections, in 2023, and hope that a new government would revert course, analysts said. But the longer leaders wait, the harder it will get, Ms. Stollmeyer said.

“If you start to undermine the foundations of the E.U., if you let that happen for too long,” she added, “You may end up with the building collapsing.” 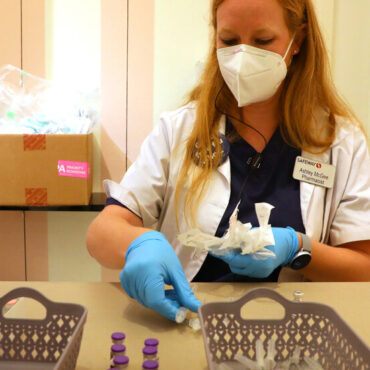 Pfizer reported data on Friday showing that its coronavirus vaccine had a 90.7 percent efficacy rate in preventing symptomatic Covid-19 in a clinical trial of children ages 5 to 11.The company submitted the information to the Food and Drug Administration, which was expected to release its own analysis of the data later in the day.Children in the trial received a dose of 10 micrograms, smaller than the 30-microgram dose given […]