Age verification could be brought in for pornography sites if they fail to do more to stop youngsters accessing them, the Children’s Commissioner for England has warned.

Age verification could be brought in for pornography sites if they fail to do more to stop youngsters accessing them, the Children’s Commissioner for England has warned.

Dame Rachel de Souza told the Daily Telegraph she is calling for “stronger protections” to be imposed to keep children safe online.

She has also proposed three alternative legislative measures for the Government to consider if tech companies are unable to fix the problem.

The final suggestion is for the Government to back a Private Member’s Bill which would lay out minimum standards for social media firms to check the ages of users – requiring others to adopt this as well.

Dame Rachel told the Telegraph: “We’ve got to put stronger protections in place.

“Despite all the best efforts of the tech companies trying to clean sites up, it just clearly isn’t as effective as it needs to be.

“These tech companies are so huge. They are such strong businesses, I really want to push back on them and say ‘Although you are doing many things, the volume of traffic is so huge, you need to do more to keep kids safe’.”

It comes after an online study last month, co-conducted by Dame Rachel, showed social media accounts linked to children are “directly targeted” with graphic content within as little as 24 hours of being created.

The report showed that, despite knowing the age of younger users, social media platforms were allowing them to be contacted, unsolicited, by adults, as well as recommending potentially damaging content. 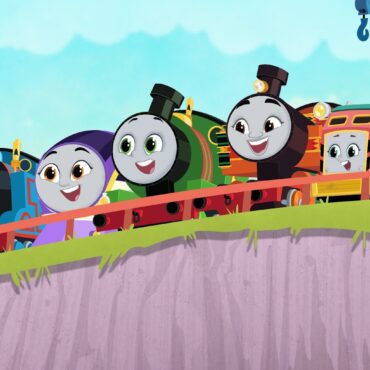 Thomas the Tank Engine is to debut a contemporary new look as part of a major revamp of children’s programme Thomas And Friends. The new series of the animated show about the beloved locomotive and his Steam Team, called All Engines Go, will see them portrayed as children and voiced by child actors. Episodes will also feature a new storytelling approach, bright 2D animation, more physical comedy and music, and […]