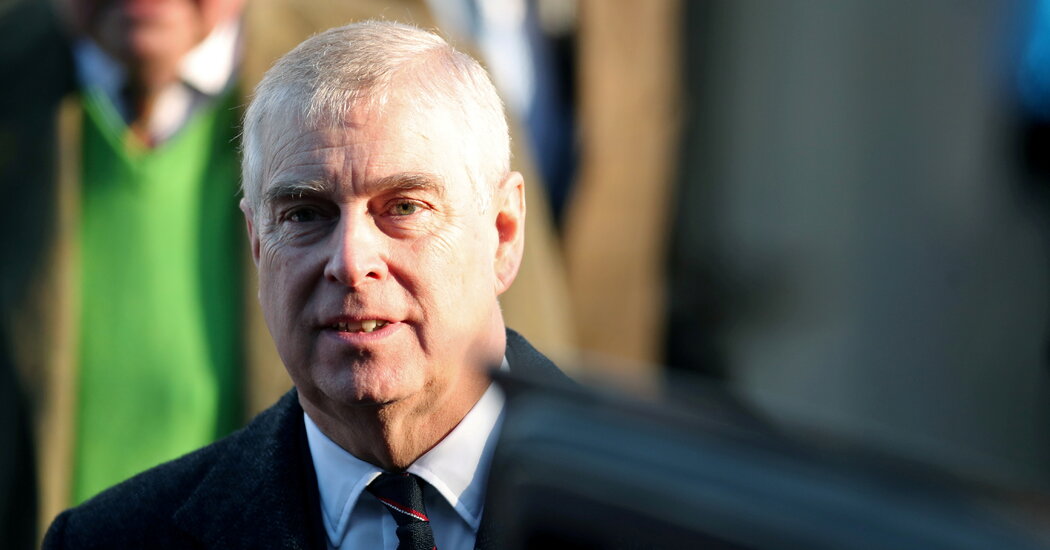 LONDON — Britain’s High Court agreed on Wednesday to intervene in a sexual assault lawsuit against Prince Andrew, clearing the way for him to answer a legal claim in the United States that he sexually abused a minor while a guest of Jeffrey Epstein.

Andrew, the second son of Queen Elizabeth II, has denied the allegations, and his American lawyer contended on Monday that the lawsuit, brought by Virginia Giuffre, was “baseless, nonviable and potentially unlawful.” The lawyer, Andrew B. Brettler, also argued that legal papers had not been properly served on his client in Britain.

The High Court, which said it was responding to information provided by Ms. Giuffre’s lawyers, agreed to serve the papers on Andrew if the two parties did not work out a way to do so. Andrew has been visiting the queen at Balmoral Castle in Scotland, making that process more complicated.

The allegations against Andrew, 61, known as the Duke of York, have led to his exile from official duties and have cast a shadow over the royal family. Royal watchers said the family was bracing itself for damaging disclosures in both the Giuffre lawsuit and a forthcoming trial of Mr. Epstein’s longtime companion, Ghislaine Maxwell.

Mr. Epstein, a sex offender and a prominent financier, killed himself in jail in 2019 while awaiting trial on sex trafficking charges.

The prince’s lawyers in Britain had no comment on the High Court’s ruling, and Mr. Brettler did not respond to an email seeking comment.

Ms. Giuffre’s lawyer, David Boies, said that the lawsuit was now likely to move along more quickly and that it was inevitable Andrew would have to answer Ms. Giuffre’s claim in New York.

“Further delaying tactics I don’t think will serve him well,” Mr. Boies said in an interview, adding that even if the prince managed to delay the case for a month or two, it would not help him and would only focus more attention on the matter.

In her lawsuit, Ms. Giuffre, 38, claimed that Andrew sexually abused her at Mr. Epstein’s mansion in New York and on Mr. Epstein’s private island, Little St. James, in the U.S. Virgin Islands. Ms. Giuffre also said in the suit that Andrew, along with Mr. Epstein and Ms. Maxwell, forced her to have sexual intercourse with the prince in Ms. Maxwell’s home in London.

Mr. Epstein, 66, who was arrested in July 2019, was found dead by hanging a month later in his jail cell in Manhattan; the death was ruled a suicide. Federal prosecutors have accused him of recruiting dozens of underage girls to engage in sex acts with him at his Manhattan mansion and his Palm Beach estate, and paying them hundreds of dollars in cash afterward.

Ms. Maxwell, who was arrested in July 2020, faces trial in November on charges that she helped Mr. Epstein recruit, groom and sexually abuse underage girls. In one case, she has been charged with sex trafficking a 14-year-old girl.

Andrew has not been charged with any crimes.

Mr. Brettler, the prince’s U.S.-based lawyer, argued on Monday before a federal judge in Manhattan that his client had not been properly served with legal papers in Britain and that Ms. Giuffre’s lawsuit might in any case be invalid under the terms of an earlier confidential settlement that they said she had reached with Jeffrey Epstein.

“We have significant concerns about the propriety of this lawsuit,” Mr. Brettler told Judge Lewis A. Kaplan of Federal District Court in Manhattan.

Judge Kaplan, however, said there was “a pretty high degree of certainty that he can be served sooner or later” and suggested the parties move on to the substance of the case. 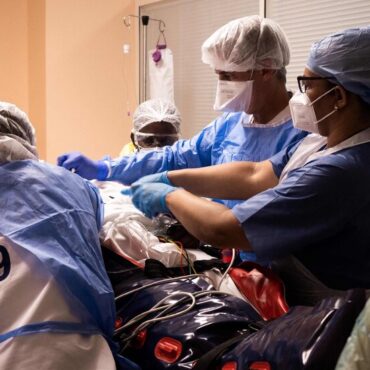 North and Central America Are Driving a Hemispheric Coronavirus Surge

While the spread of new coronavirus cases is steady or slowing in many parts of the world, it is accelerating in the Western Hemisphere, where new case reports rose by 20 percent in the past week, the World Health Organization warned on Wednesday.North America, where new case reports are up by one-third, is the chief driver of the trend.New cases doubled in the Canadian province of Alberta, “where hospitals are […]