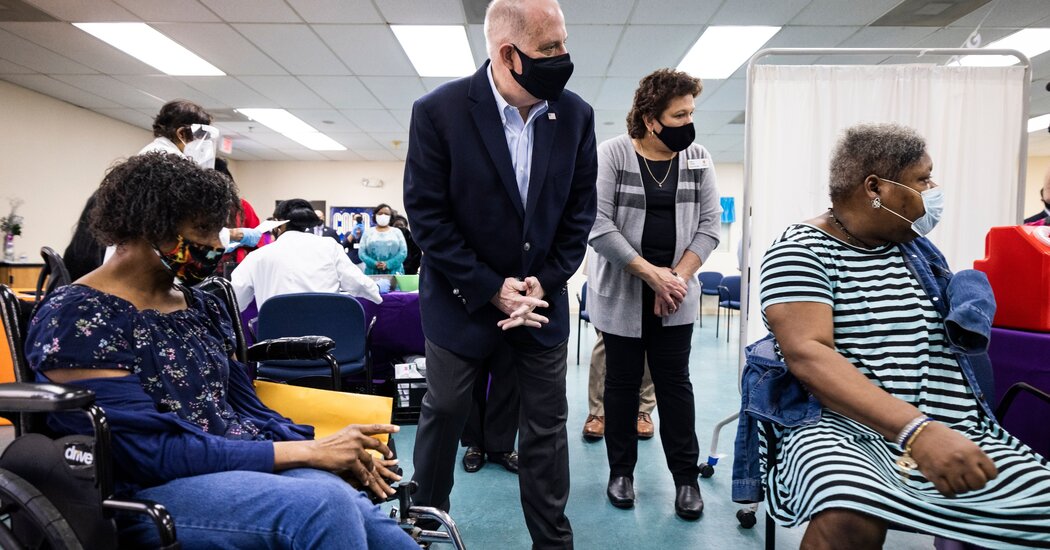 On Friday, Prince George’s County in suburban Maryland became the first major school district to announce an extended, systemwide shift to remote learning amid the nation’s fifth major surge of the coronavirus.

With Delta surging, and the threat of the highly contagious Omicron variant looming, the district will shutter school buildings for the remaining four days of classes before Christmas break and for two additional weeks in the new year.

“Educators, administrators and support staff must be able to deliver in-person instruction and other activities in conditions that prioritize their own health, as well as the well-being of the school community,” said Monica Goldson, chief executive of the district, in a written statement. “The increased positivity rates have significantly challenged the ability to do so, causing anxiety among many school communities and disruption to the school day.”

Last week, the district of roughly 131,000 students reported a two-day total of 100 virus cases, but this week, it saw 155 cases in a single day and shut down three of its 208 schools, according to a Wednesday announcement from Dr. Goldson. A district spokeswoman said on Friday that she could not immediately provide more detailed data.

Prince George’s County experienced some of the longest classroom closures in the nation last school year. Two-thirds of its students are from low-income families, and over 90 percent are Black or Hispanic.

Other major school districts are not keen to return to remote schooling, despite the current surge. Education leaders said they had no plans to broadly close school buildings, even if rising case counts might mean an uptick in targeted classroom closures or students quarantined after the holidays.

Indeed, even in parts of the northeast and Midwest where the virus is raging, transmission in schools appeared to be limited, as it has been throughout the pandemic.

In the nation’s largest district, New York City, with 938,000 students, there were 592 confirmed cases as of Dec. 16; 50 classrooms and three schools were closed because of the virus.

New York City officials said Thursday that despite rampant rumors, a systemwide shutdown was not a possibility. Mayor Bill de Blasio, in his final weeks in office, sees his efforts to keep schools open during the pandemic as a key part of his legacy.

In Boston, a districtwide return to remote learning would only occur at the behest of the state, said Sharra Gaston, a spokeswoman for Boston Public Schools.

Several of the same teachers’ unions that fought for extended school closures and strict virus safety measures last year said that a systemwide return to remote learning was currently unlikely, though they still want districts to beef up testing and contact tracing protocols.

“We haven’t really talked about that,” said Erik Berg, vice president of the Boston Teachers Union. “Our members want to work in person with kids, and we think that’s the best way for schooling to occur.”

In Chicago, where conflict between Mayor Lori Lightfoot and the Chicago Teachers Union has been unrelenting, the union vice president, Stacy Davis Gates, took a somewhat more cautious tone, noting that a post-holiday surge was a near inevitability given family gatherings and the lack of widespread vaccination in many lower-income neighborhoods.

Asked if the union might push for a period of remote learning after the holidays, she responded, “What’s on the table is that we have to keep people healthy and safe.” 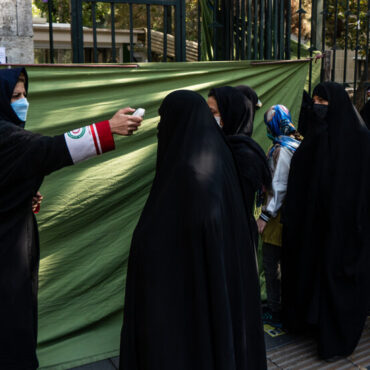 Two Iranian lawyers and a civil rights activist were among a group organizing a legal challenge to Iran’s top leader and the government over their disastrous handling of the pandemic.But before they could even file their complaint, they were seized and incarcerated.Now known on Iranian social media as “the health defenders,” their case has attracted widespread attention, even though their trial in Tehran is not open to the public.“We were […]