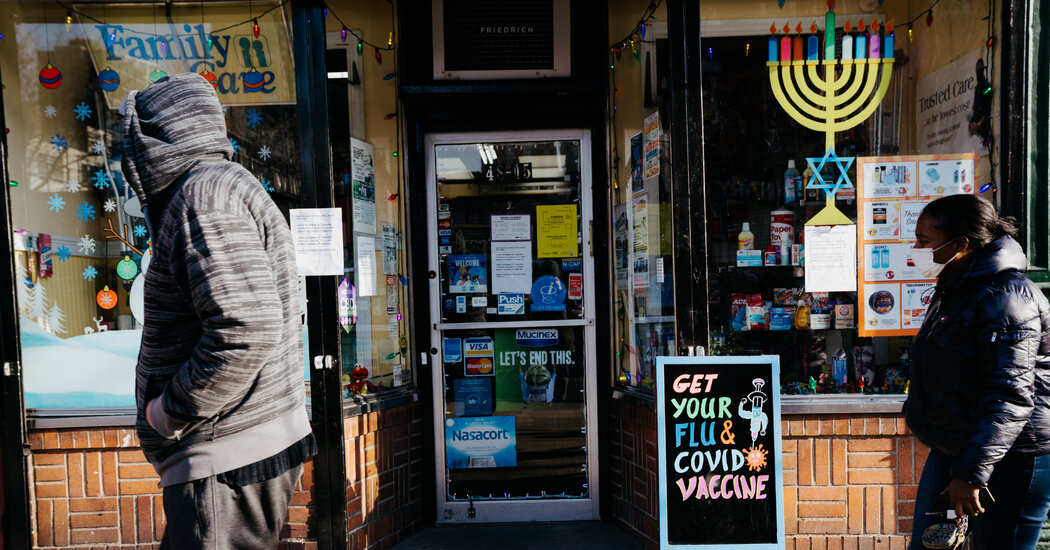 Mayor Bill de Blasio on Monday implemented what he cast as the most sweeping vaccine mandate for private businesses in the nation.

All employers in New York City now have to verify that their on-site workers have received at least one dose of a vaccine. If employees have opted for a two-dose vaccine, they must submit proof that they have received the second dose within 45 days.

“I am 110 percent convinced this was the right thing to do, remains the right thing to do, particularly with the ferocity of Omicron,” Mr. de Blasio said, after giving a “key to the city” to the music icon Patti Smith. “And I don’t know if there’s going to be another variant behind it, but I do know our best defense is to get everyone vaccinated and mandates have worked.”

This is Mr. de Blasio’s last week as mayor, and it remains unclear if his successor, Mayor-elect Eric Adams, will move forward with the mandate, or if he will modify it in deference to concerns from business owners. He has consistently refused to say, and Monday proved no different.

“The mayor-elect will make announcements on his administration’s Covid policy this week,” his spokesman, Evan Thies, said in a text message Monday morning.

During his final months in office, Mr. de Blasio has come to lean heavily on vaccine mandates. He has already required vaccines for the city’s roughly 300,000 public employees, as well as for staff and patrons of restaurants, gyms and entertainment venues.

The mandates appear to have helped drive the vaccination rate up in New York City. As of Monday, 80.5 percent of all New Yorkers had received at least one dose of a vaccine. Nearly 72 percent were fully vaccinated.

But the mandates have also sparked dismay among some business leaders, who argue that they should include a testing option for those who remain opposed to vaccination — particularly in light of some of the staffing challenges that businesses are facing.

Kathryn Wylde, the chief executive of the Partnership for New York City, which represents many major corporations, said that some New Yorkers who are still resistant to vaccines are people of color who may lack trust in the health care system, while others are workers who have jobs that require them to appear in person.

“Ironically, most of the remote workers are vaccinated,” she said.

But Michael Dorf, the founder of City Winery, a restaurant and music venue, supports the effort and said his own company — which employs roughly 1,000 workers nationwide, including about 400 locally — has even more stringent measures already in place.

“Every single human breathing person coming into the building has to be vaccinated and tested,” Mr. Dorf said.

The Supreme Court will in January consider President Biden’s vaccine mandate for the private sector, which applies only to large employers and has a testing option. 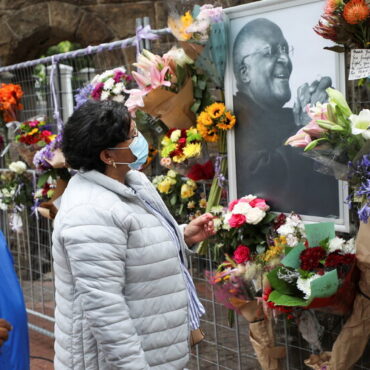 new video loaded: Desmond Tutu’s Funeral Is Limited to 100 PeopletranscriptBackbars0:00/1:02-1:02transcriptDesmond Tutu’s Funeral Is Limited to 100 PeopleChurch leaders in South Africa urged mourners to attend services for Desmond M. Tutu, the first Black archbishop of Cape Town, in their local communities because of pandemic restrictions.At 10 a.m. on Saturday, New Year’s Day, the funeral will take place here, and it is here where his ashes will also be interred. […]