Protesters Set to Demonstrate Over G20 Summit in Rome 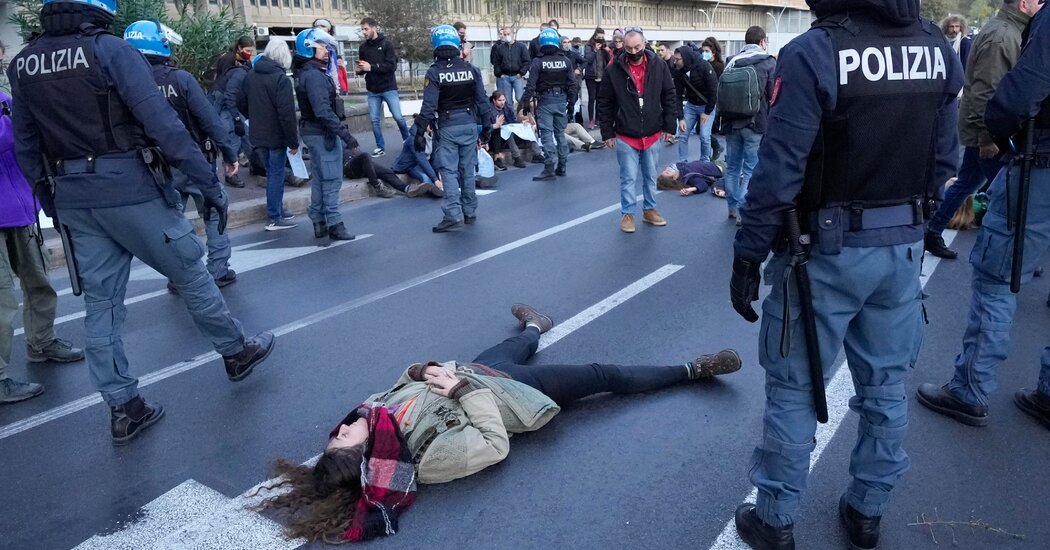 As the Group of 20 summit of the world’s leading economic powers brings numerous global leaders to Rome, it is also drawing laid-off factory workers, climate activists, antiglobalization campaigners, unions, feminist groups, Communists and perhaps some vaccine skeptics and fascists to speak out in protest.

“There will be many of us,” said Gino Orsini, a representative for the Si Cobas union, one of the organizers of a demonstration planned for Saturday to coincide with the Group of 20 gathering.

This year is the 20th anniversary of the Group of 8 summit that Italy hosted in the northern city of Genoa that was marred by rioting. It is also a moment of tension between the authorities and opponents of the Italian government’s coronavirus vaccination requirements, which have resulted in violent clashes.

“The level of attention is maximum,” said Giovanni Borrelli, a local government official, adding that 5,500 extra law enforcement officers were being deployed this weekend.

Climate protesters briefly staged a sit-in on the main avenue leading to the G20 site on Saturday morning, but offered no resistance when the police forcibly removed them. And organizers of Saturday’s protests vowed that there would be no violence.

“It will be a relatively calm march,” said Lavinia Iovino, 15, a representative for the Italian branch of the international youth-led Fridays for Future movement.

She said they planned to urge the Group of 20 leaders to act urgently amid a time of unprecedented interest in climate change and social justice. “It’s the moment when we can do most,” she said. “What we don’t do now, we won’t be able to do in the future.”

The environmentalist march will be joined by workers’ unions and factory workers who are seizing the opportunity to voice anger at the elites. “It’s a protest against all the G20 governments who represent the part that dominates the world and exploits workers,” said Mr. Orsini, the union representative.

It was unclear whether vaccine opponents and neo-fascist groups would turn out on Saturday. But neo-fascist groups have joined recent protests over coronavirus vaccination requirements, and some of their members assaulted the headquarters of Italy’s biggest union on Oct. 9.

Since then, other threats to “take Rome” have drawn only scattered crowds. But on Facebook groups, opponents to Italy’s coronavirus health pass have threatened to participate in the protests.

“The situation and the moment are quite complicated,” Lamberto Giannini, the head of the Italian police, said at a news conference on Wednesday. “The narrative on the web is really worrying.” 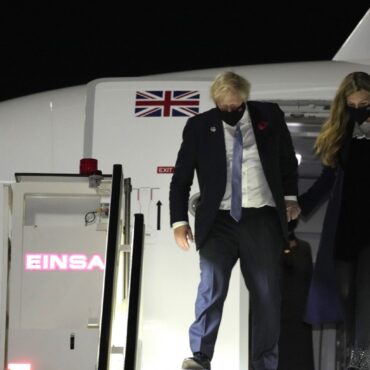 Boris Johnson will urge leaders of the world’s biggest economies to make good on their commitments to cut damaging carbon emissions ahead of crucial climate changes talks in Glasgow. The Prime Minister is attending the G20 summit in Rome as key leaders gather in advance of the Cop26 conference, which formally opens on Monday. Downing Street said he would be taking a tough message that as the countries which had […]