Putin claims Russia has been fighting ‘nationalist groups,’ not the Ukrainian army. 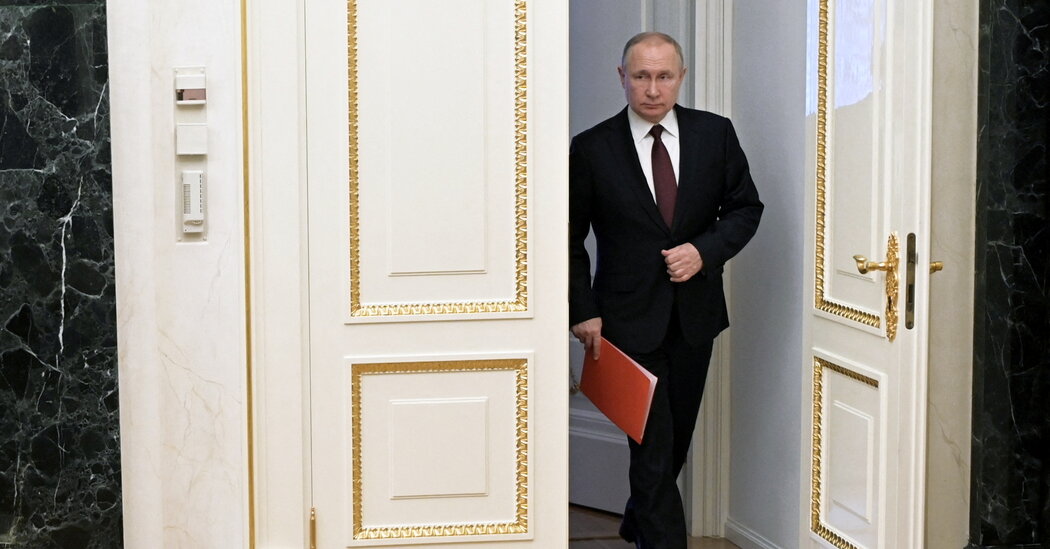 MOSCOW — President Vladimir V. Putin of Russia urged Ukrainian soldiers to lay down their arms, while describing the government of President Volodymyr Zelensky as “a band of drug addicts and neo-Nazis.”

Russian state television aired brief remarks by Mr. Putin as he spoke by video to his Security Council. Mr. Putin — apparently trying to assuage fears in the Russian public of a bloody war with a neighbor — claimed that most of the Russian army’s fighting so far had been with “nationalist groups,” not with the regular Ukrainian army.

“Take power into your own hands,” he said, addressing Ukrainian soldiers. “It looks like it will be easier for us to come to an agreement with you than with this gang of drug addicts and neo-Nazis who lodged themselves in Kyiv and took the entire Ukrainian people hostage.”

Mr. Putin’s brutal language suggested that he was not seriously planning to engage Mr. Zelensky in peace talks, despite the Kremlin’s offer earlier in the day. In a hastily scheduled call with reporters Friday evening, a Kremlin spokesman said that while Russia had proposed talks in Minsk, Belarus, the Ukrainian side asked to hold them in Warsaw instead. Then, he said, Ukrainian officials “took a pause” in communicating and have now been out of touch for “a rather long time.”

During this time, Mr. Peskov claimed, the Ukrainian military had been setting up multiple-launch rocket systems in residential neighborhoods in Kyiv and elsewhere.

“We believe this situation to be extremely dangerous,” Mr. Peskov said, taking no questions. 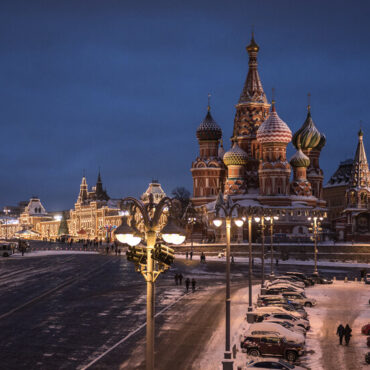 Sanctions Aim to Put Pressure on Russia After Invasion

The United States, the European Union and several other countries and entities have expanded their economic sanctions against Russia as punishment for its invasion of Ukraine.The first actions in the most recent crisis were taken after President Vladimir V. Putin of Russia signed decrees on Monday recognizing Donetsk and Luhansk, two pro-Russian breakaway regions in eastern Ukraine, and then later ordering troops to enter those areas.The multipronged invasion began in […]