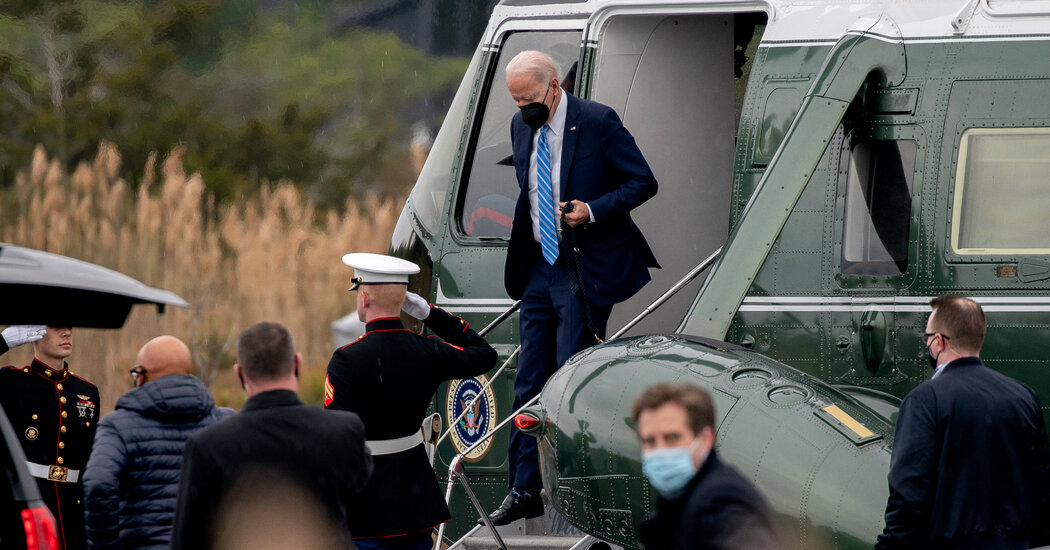 While the tone of the call was constructive, according to the Kremlin aide, Mr. Putin repeated his claims that Russia felt threatened by an encroaching NATO. He said that Russia would “conduct itself as the United States would behave if offensive weapons were near the United States.”

The Biden administration, like the Trump administration before it, has provided hundreds of millions of dollars in aid to the Ukrainian military to fund what it characterizes as purely defensive arms, including anti-tank missiles to repel a threatened Russian invasion. Russia has called those offensive weapons that threaten its own forces.

Mr. Ushakov said that “for now, it’s not clear” if the two sides were moving toward a compromise but said Russia had not specific deadline for talks.

An American official, briefing reporters on the condition of anonymity, said the call “set the sort of tone and tenor for the diplomatic engagements” to come in January. But he declined to “get into the territory of starting to negotiate in public,” saying that “whatever the Russian side has decided is its best tactic and strategy in terms of its public pronouncements, we really believed, based on past precedents, that it is most constructive to have these conversations privately.”

Mr. Biden and Mr. Putin had radically different objectives going into the call. By massing troops on the border and then publishing two draft treaties that had echoes of Cold War-era demands, Mr. Putin created an international crisis and made plain his desire to wind back the clock 30 years, to just before the collapse of the Soviet Union. He demanded that Ukraine halt its embrace of the West, that the United States and its allies halt all military activity in Eastern Europe and Central Asia and that NATO freeze its expansion to the east and roll back military deployments near Russia’s borders.

In Washington and European capitals, most of the proposed treaty language was immediately rejected as an effort to redraw the post-Cold War boundaries of Europe, and, with the threat of invasion, force Ukraine back into Moscow’s orbit.

Yet despite Russia’s damaged economy and diminished capabilities, Mr. Putin is dealing from a strong hand: He demonstrated in 2014, with the annexation of Crimea, his willingness to pick off Russian-speaking territory. And he is confident that the United States and its NATO allies will not commit forces to the task of pushing back.

Written by Jeevan Ravindran, CNNA Māori journalist has made history in New Zealand by becoming the first person with traditional facial markings to host a primetime news program on national television. Oriini Kaipara made headlines worldwide after hosting her first 6 p.m. bulletin for Newshub on the TV channel Three, with many lauding the milestone as a win for Māori representation. "I was really elated. I was over the moon," […]