Qaddafi Son to Run for President in Libya 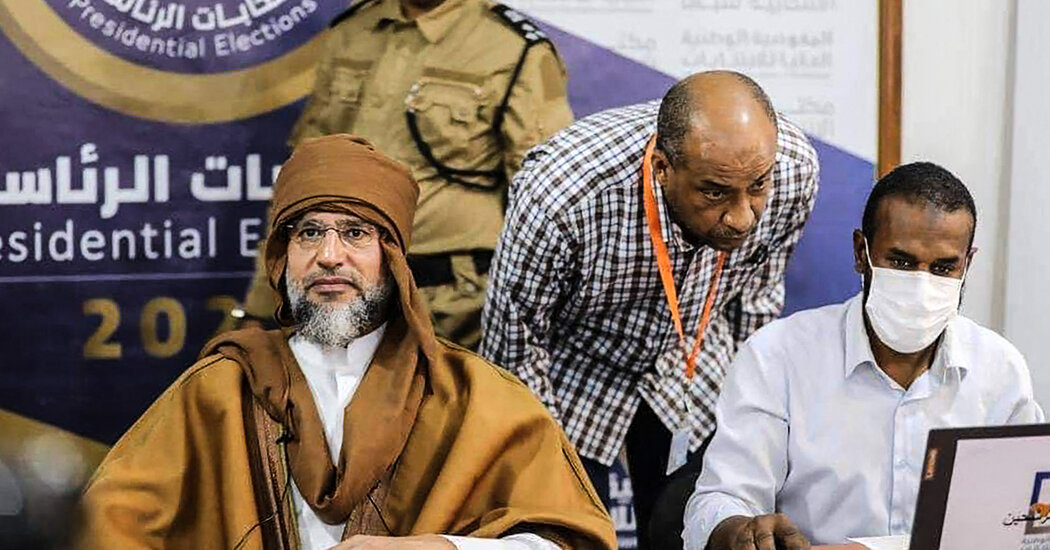 CAIRO — After years underground and months of hints, the son and former heir apparent of the deposed Libyan dictator Col. Muammar el-Qaddafi emerged from the shadows on Sunday to announce that he would run for president in Libya’s coming election.

The candidacy of the colonel’s son, Seif al-Islam el-Qaddafi, who once put a reformist face on the Qaddafi regime before helping his father crack down on opposition rebels during the Arab Spring uprising in 2011, came as little surprise — he had told The New York Times in May that he was interested in the job. Still, his reappearance sent a jolt through the already fragile efforts to hold the election, which international actors and Libyans hope will be the next major step in Libya’s transition from years of civil war and chaos toward peace and stability.

The electoral process got a lift on Friday when global powers met in Paris with Libyan leaders to reaffirm their commitment to holding presidential and parliamentary votes on Dec. 24. But it remains to be seen what will come of the declaration, with Libya’s leaders still unable to agree on ground rules for the balloting — neither on an electoral law nor on whether the presidential and parliamentary elections will take place simultaneously nor on the date.

The chairman of Libya’s presidential council, Mohamed Menfi, said in Paris that he supported holding the presidential election on Dec. 24, but the country’s prime minister, Abdul Hamid Dbeiba, did not make the same commitment.

Mr. Dbeiba has said that he plans to run for president, despite a previous pledge not to. Other likely candidates include the military commander Khalifa Hifter, who leads Libya’s eastern forces; the speaker of Parliament, Aguila Saleh; and the former interior minister Fathi Bashagha.

But Mr. el-Qaddafi, who was seen in a video on Sunday filing his candidacy papers in the southern city of Sabha, wearing a traditional Libyan robe and turban in what was his first public appearance among Libyans in years, could be a formidable challenger to them all.

Victory or no, Mr. el-Qaddafi has mounted a remarkable comeback, his re-emergence a reflection of how times have changed in Libya since rebels captured him and killed his father in 2011. As civil war engulfed the country, eventually splitting Libya between rival eastern and western governments, Mr. el-Qaddafi remained captive, wanted — as he is still — by the International Criminal Court on suspicion of war crimes committed during the uprising.

One Libya analyst, Emadeddin Badi, tweeted on Sunday that “quite a depressing canvas” was being painted for the election, noting that the candidates now included someone wanted by the International Criminal Court (Mr. el-Qaddafi) and “a warlord” (Mr. Hifter). Mr. Hifter is being sued in an American court on accusations that he tortured Libyans during the war.

The accusations against Mr. el-Qaddafi and Mr. Hifter led Libya’s military prosecutor to announce on Sunday that he had asked the nation’s elections commission to halt both their candidacies until they were cleared. The commission had not responded by Sunday evening.

For years, Libyans did not know whether Mr. el-Qaddafi was alive or dead. Quietly freed in 2017, he has spent the past several years out of the public eye.

But the United Nations-led efforts to reunify the country’s institutions and set it on a path toward unified government are now giving him an opportunity to regain prominence, though analysts say it is doubtful whether he can attract widespread support.

Some Libyans on Sunday rejected Mr. el-Qaddafi’s candidacy as a cynical attempt to reclaim power after his father’s destructive rule. But they were not hopeful that better alternatives existed.

“Only a continuous cycle of chaos, fighting and violations can be expected,” said Mohamed Doukali, 47, a government employee in the Libyan capital, Tripoli, adding that, though he felt Mr. el-Qaddafi lacked ideas to save the country, many of his friends and relatives would support the former dictator’s son.

For many Libyans, Mr. el-Qaddafi represents a chance to reject the turmoil and violence of the past decade, seeing in him a potentially unifying figure who reminds them of the more stable days before the uprising.

“Frankly, I don’t want to participate in voting for the current well-known candidates,” said Aya Emhamed, 31, an architect in Tripoli, “because we’ve already seen what they can offer to Libya, and the result is a fragmented and divided Libya.”

For all of the focus on the difficulties in holding a vote, the election alone is unlikely to stabilize Libya. The country faces economic turmoil, armed militias with little intention of disbanding, fragmented politics, divisions between east and west, and continued meddling from external powers who backed both sides in the war in recent years, aiming for influence in the oil-rich North African country.

The conference in Paris — which was attended by President Emmanuel Macron of France, Chancellor Angela Merkel of Germany, Prime Minister Mario Draghi of Italy and Vice President Kamala Harris — was also intended to address the thousands of foreign fighters and mercenaries who were sent to Libya by foreign powers including Russia and Turkey, and who remain there more than a year after the latest round of battles between the country’s eastern and western factions ended.

While Libya took a small step toward evicting the foreigners last week, when Mr. Hifter announced that 300 mercenaries fighting on his side would exit at an unspecified date, those who remain threaten the brittle cease-fire and the elections that are supposed to spring from it.

The foreign fighters number about 20,000, the United Nations has estimated, including some from the Russian private security firm Wagner Group, as well as from Chad, Sudan and Syria.

Despite pressure from European powers and from the United States, Russia and Turkey, whose hired guns backed opposite sides, have remained reluctant to withdraw them. 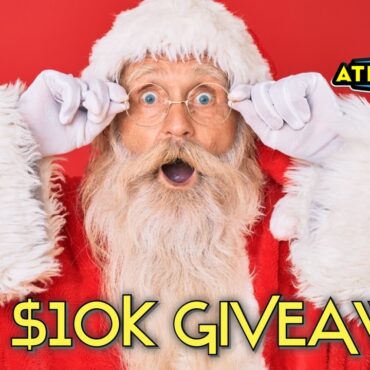 If you've got an online business and you'd like a marketing boost during 2022, then we have something for you....our $10k Giveaway is here!Your business could be receiving the following:Audio sponsor tags 3 times an hour - crediting your company's website30 second commercial played every hour, 24 hours a day, 7 days a weekAlexa Smart Speaker Intro - sponsored by your companyYour company on the footer of every page of […]