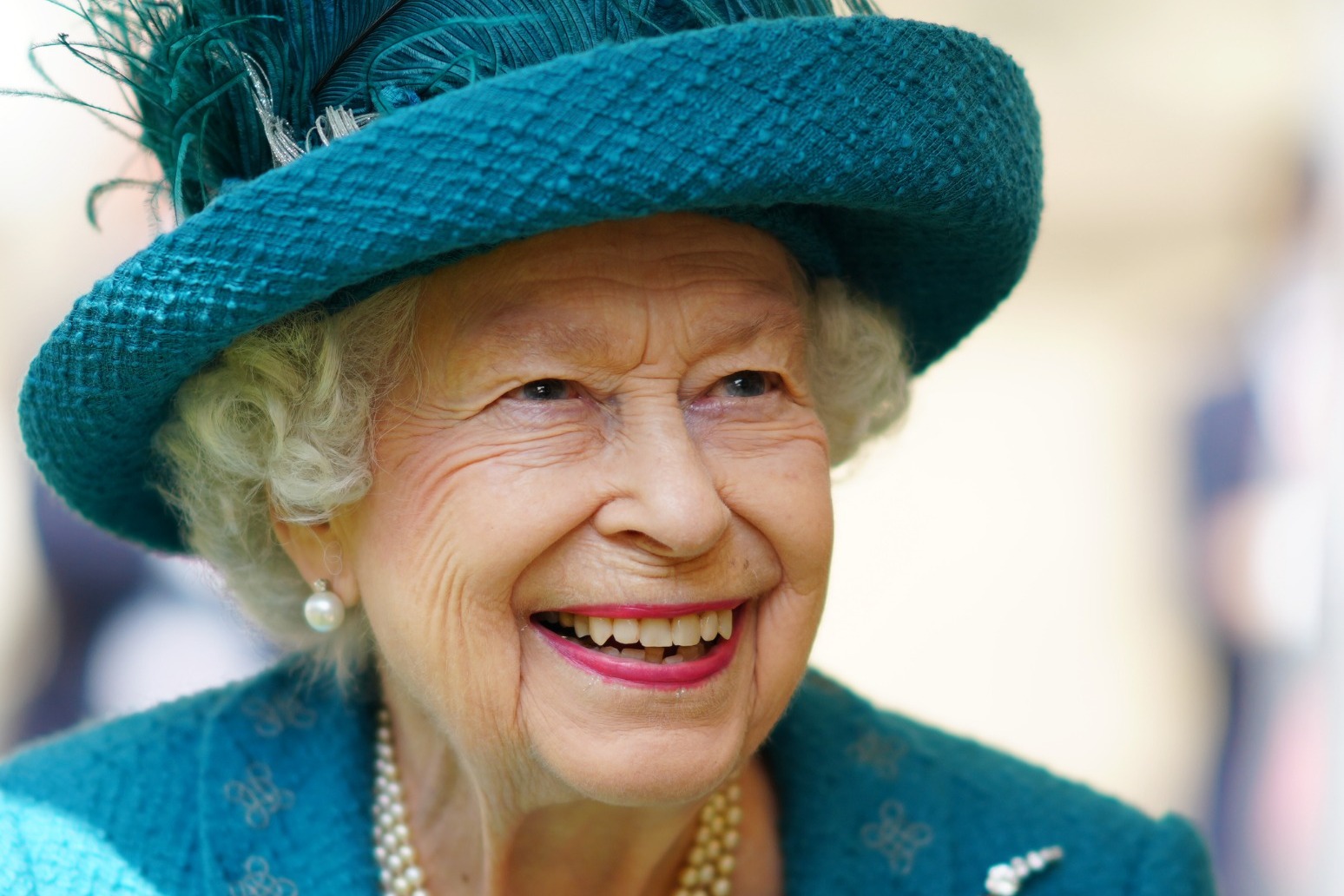 Two much-loved and long-running British institutions united as the Queen visited the set of Coronation Street.

The cobbles of Weatherfield have seen a host of famous faces but for only the second time the head of state walked down the street, home to the ITV soap, celebrating its 60th year on our screens.

On a 40-minute tour of the set and studios, the royal visitor, wearing a teal Angela Kelly outfit with matching hat, met a host of cast and crew of the show, walking beside the cobbled street before popping into the studio where the interior of the Rovers Return is filmed.

The Queen began her tour with four actors who between them have more than 200 years service on the show.

Bill Roache, who plays Ken Barlow, Barbara Knox who is cast as Rita, Sue Nicholls who plays Audrey and Helen Worth, known to millions of soap fans as Gail, greeted the Queen with bows and curtsies outside the Rovers Return.

Roache told the Queen he had first seen her when she visited Jamaica in 1963, when he was serving as an officer with the Royal Welsh Fusiliers.

He added: “Thank you so much for coming today.”

Knox told the Queen when she first arrived: “Good morning, your majesty, you have brought the sunshine.

“You know you are like a ray of sunshine.

“And you’ve given us all such a lift (with) you coming, thank you very very much indeed.

“We all absolutely adore you, the world adores you.”

The Queen, who asked how they had managed to keep filming during the pandemic, replied: “It’s really marvellous you’ve been able to carry on”, and Roache replied to laughter: “Well, ma’am, you’re the one who has carried on.”

Further up the street outside number five, the Queen met the fictional “Bailey” family, and was told the set’s cobbles were the original ones taken from the old Granada street set in Manchester, before it moved three miles up the road to the new ITV Studios in 2013.

Kate Spencer, who plays Grace Vickers, warned the Queen: “Hard to walk on, as well, in heels.”

To laughter, the Queen, looking down at her shoes, replied: “No, I know. I’ve been told. Probably better not.”

After chatting to back stage production staff, including writers, camera operators, set designers and sound engineers, the Queen spoke to the fictional Dobson family, including Jennie McAlpine, who plays Fiz and Maureen Lipman, who plays Evelyn Plummer holding the lead of Bob, or Cerberus in the show, a pet whippet.

Next the Queen spoke to cast members who live on the “posh” side of the street, over the road from the terraced houses.

As the Queen studied the cast members she asked: “I have not been able to see it all the time.

“Are you all nice?” Ben Pryce, who plays Nick, stood alongside Corrie “villain” David, played by Jack P Shepherd, said: “I can confidently say Jack is a bad boy.

“There always has to be conflict.”

The royal visitor finished her tour outside the corner shop, speaking to cast including Jimmi Harkishin, who plays Dev and being told of the sometimes challenging issues plot-lines in the soap has dealt with.

The Queen said: “Obviously people feel its something visible, they can relate to.

“You don’t really want too much real life do you?”

Next the royal visitor moved to the studio where she chatted with staff at the bar of the Rovers Return, talking about how the everyday lives of ordinary northern folk is reflected in the soap.

Sally Dynevor, who plays Sally Webster said: “The great thing about Coronation Street is that we manage to have the comedy with the drama so that’s been a really, really important thing over the lockdown as well.”

To laughter, the Queen replied: “Well, there wasn’t much to laugh about, was there?”

Finally the Queen was introduced to Charlotte Jordan, who plays Daisy Midgeley, the street “troublemaker” she was told.

The Queen replied: “I suppose life is a trouble.”

Before leaving to cheers and applause by the more than 300 cast and crew on the set, the royal visitor was presented with a “Corrie Cobble” from the original set, specially engraved by a local stonemason and some Newton & Ridley beer mats.

Afterwards Roache said the royal visit as an honour and “absolutely wonderful.”

He added: “She just smiles. She listens, she always has and she loves to be made to laugh.

“I’ve been lucky to meet her quite a few times and she’s always charming and a laugh is never far away.

“She came to our other set in 1982 and Prince Charles has been here.

“To have her here, to this set, is a wonderful bit of icing on the cake.”

Lipman added: “She was quite unbelievably calm with whoever you put in front of her.

“She just seemed extremely at ease, very comfortable to meet anyone and everyone.

“For us to have her here, today after England won… the sun shone, it was great.

“She appeared to have all the time in the world.

“She spent as much time talking to the crew as the stars.” John Whiston, managing director of continuing drama at ITV, said: “For everyone who works on Coronation Street this was a very special and very personal event.

“We felt deeply honoured to have Her Majesty walk down the cobbles and visit The Rovers.

“I hope Her Majesty went away knowing how much her visit meant to us in the North after what has been a very difficult and dark 18 months.

“It has been a real morale boost for all of us as we come out of the pandemic and look to the future.

“And with so many doors in Buckingham Palace, we hope Her Majesty will find a use for an original Coronation Street cobble.

ITV chief executive Dame Carolyn McCall added: “It has been such an honour to have Her Majesty here today.

“The whole team has worked so hard through a very difficult period and it was very special for all of us to have Her Majesty walking the famous cobbles of Coronation Street.

“It will never be forgotten!”

The Queen continued her visit to the area by departing for a visit to Manchester Cathedral. 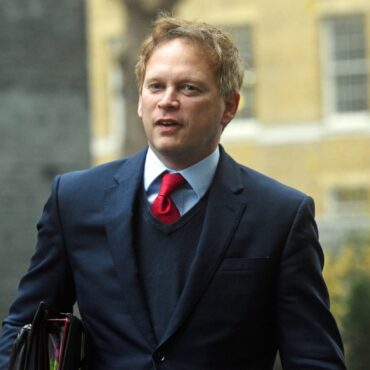 People who have had both doses of the coronavirus vaccine will be able to enjoy quarantine-free travel to amber list destinations under plans being revealed on Thursday. In a Commons statement, Transport Secretary Grant Shapps will explain the terms under which holidaymakers from England who are fully vaccinated will no longer be required to self-isolate for 10 days on their return. The move will come as a huge boost to […]