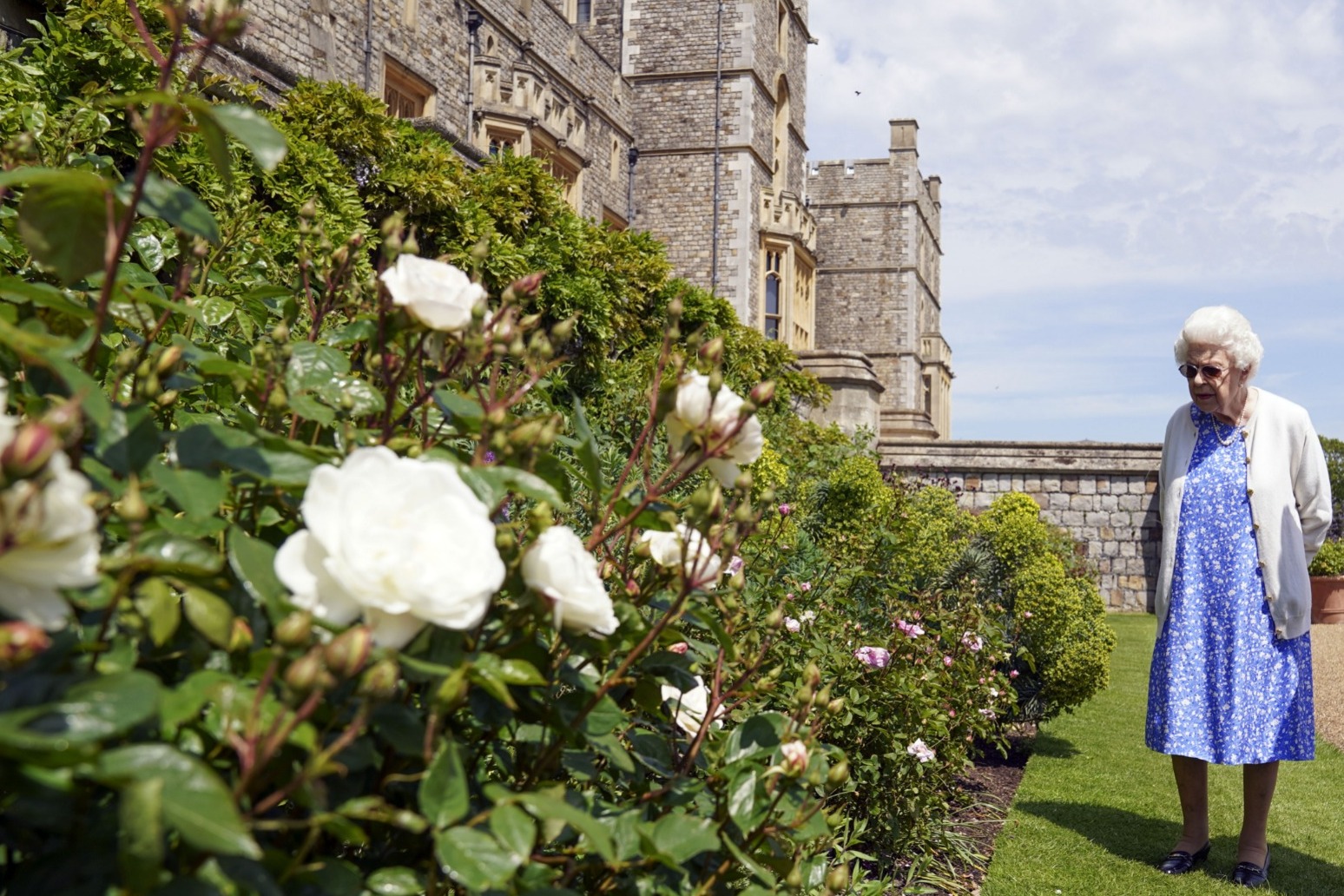 The Queen described the Duke of Edinburgh Rose, which is deep pink, dappled with white lines and double-flowered, as “lovely” and the tribute as “very kind”.

The Queen has poignantly marked what would have been the Duke of Edinburgh’s 100th birthday with the planting of a newly-bred rose named after her beloved late husband.

The monarch received the gift from the Royal Horticultural Society (RHS) and watched it placed in the Windsor Castle gardens last week to commemorate Philip’s centenary on Thursday.

The Queen described the Duke of Edinburgh Rose, which is deep pink, dappled with white lines and double-flowered, as “lovely” and the tribute as “very kind”.

She was wearing sunglasses in the June sunshine and dressed in a summery blue dress with a white floral pattern, white cardigan and a string of pearls, and was holding a patterned silk scarf.

The Queen smiled as she accepted the small rose bush, wrapped in brown paper and twine, from RHS president Keith Weed.

A year ago, the monarch and Philip were photographed together in the castle’s quadrangle to mark the duke’s 99th birthday, but he died just nine weeks before he was due to turn 100.

Mr Weed told the Queen: “It’s a rose named the Duke of Edinburgh Rose to mark his centenary and it’s a commemorative rose for all the marvellous things that he did over his lifetime and for everyone to remember so much that he did.

“Each rose, there’s a donation that goes to the Living Legacy Fund which will help more children. It’s a beautiful flower in itself, a double flower.”

The Queen said: “It looks lovely.”

The Duke of Edinburgh Rose was newly bred following Philip’s death on April 9 by Harkness Roses, which has been breeding and growing British roses since 1879.

For every rose sold, the firm will donate £2.50 to The Duke of Edinburgh’s Award Living Legacy Fund, which will help one million more young people from all backgrounds and circumstances take part in the youth award scheme set up by Philip in 1956.

Mr Weed added of the rose: “Right now, with a cold spring and nature being a little bit behind, it doesn’t look so lovely there but that’s what it looks like. The picture says it all.”

Looking at the label, the Queen also saw it features a small profile photograph of a smiling Philip wearing a white panama hat.

The monarch watched as the tiny shrub bush – which will grow to around 70cm tall – was rehomed by Windsor’s head gardener Philip Carter in the front of the castle’s mixed rose border of the East Terrace Garden, amid more mature specimens and purple alliums, as a permanent reminder of the duke.

The duke was instrumental in redesigning the layout of the East Terrace Garden and also commissioned the bronze lotus fountain at the centre.

The Queen remarked on seeing there was a “hole already” made for the rose, and chuckled in agreement when told Mr Carter had done a lovely job with the borders.

The monarch chatted to the appropriately-named Mr Weed about the flowers at the royal residence and authoritatively shared her knowledge of her garden.

She remarked how the blooms were not fully out because of the cold weather in May.

“As you can see, nothing has flowered here much,” she said.

The RHS president replied: “I’ll tell you what, your roses are a little ahead of mine. But they really by now would normally be over.”

But the Queen responded: “No, no, no, it’s Ascot Week,” with Mr Carter confirming the Queen had correctly identified when her roses usually bloom and how long they last.

Mr Weed told her: “If we can say any good things about this extraordinary year, we’ve had a boom in gardening.”

The monarch replied: “It’s rather nice, isn’t it.”

The Duke of Edinburgh Rose is described as having a delicate fragrance, and its flowers will develop in large clusters on long stems, deemed perfect for vase displays.

Mr Weed said afterwards: “Whilst being very poignant, it was also a delight to give Her Majesty The Queen, patron of the Royal Horticultural Society, the Duke of Edinburgh Rose to mark what would have been HRH The Duke of Edinburgh’s 100th birthday and to remember his remarkable life.”

Philip, who was born on June 10 in 1921, was the nation’s longest serving consort and dedicated decades of his life to royal service.

The Queen and the duke were married for 73 years and had spent lockdown in the safety of Windsor together.

The Duke of Edinburgh’s Award’s Living Legacy Fund – which will benefit from the sale of the roses – will provide targeted help to young people who need specialist support to do their DofE, including those in financial hardship, in a young offender institution or prison, or those with special educational needs or disabilities.

Millions across the globe have taken part in the self-improvement and adventure initiative since it was set up by the duke 65 years ago. 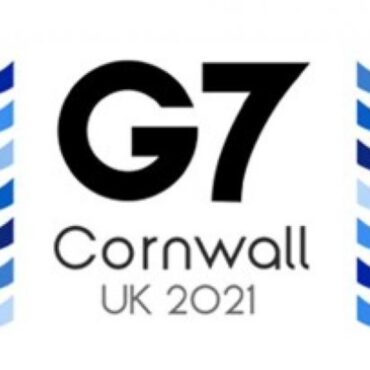 What is the G7 Summit Everything you need to know

It's taking place in Cornwall from Friday to Sunday Boris Johnson will welcome leaders from around the world to the G7 summit in Cornwall on Friday. – What is the G7? The Group of Seven countries brings together some of the world’s richest democracies – the UK, US, Canada, Japan, France, Germany and Italy, along with representatives of the European Union. – Where is the summit happening? The UK holds […]