The Doncaster-born star, 24, came out as a member of the LGBT community last year.

Rapper Yungblud says he hopes his decision to publicly come out as pansexual gives encouragement to others struggling with their sexuality.

The Doncaster-born star, 24, came out as a member of the LGBT community last year.

He said he identified as pansexual, meaning he does not recognise gender as part of his attraction to others.

Yungblud, whose real name is Dominic Harrison, appeared on the cover of Hunger magazine and discussed coming out.

He said: “I was just like with it all; ‘I’m pan, you know what I’m saying?’ It doesn’t matter what genitalia you’ve got or what you identify as, if I love you, I love you and that’s it, and that’s (something) I’ve struggled with my whole life, because I didn’t know what I was.

“I couldn’t quite put a label on it, then I learned about pansexuality from magazines and the internet and I think it’s so beautiful that sexuality has really come to the forefront of my generation’s mind, that you can be beautifully yourself.

“What I want to encourage with my message is that no matter what you are, no matter how you want to express yourself, you are individual and you are beautiful just by simply existing. I wanted to make a stand so that if anyone’s out there scared to come out, they will come out.”

Yungblud is back with a new single in the form of Fleabag, a follow-up to the 2020 chart-topping album Weird!.

He said he wanted to subvert expectations with the song.

The award-winning musician, who has worked with the likes of Travis Barker and Machine Gun Kelly, said: “I think it’s really scary to fall into people’s expectations, an artist should never become an expectation, because you’re not an expectation, that’s the definition of being an artist … I’m not gonna be the same artist that I am today as I am tomorrow.” 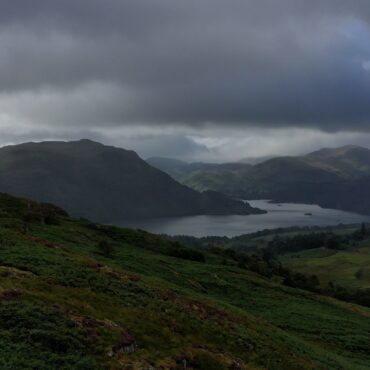 That's according to Fix The Fells, an organisation which works to protect the area The staycation boom has led to an increase in the erosion of the Lake District landscape, according to an organisation set up to protect the area. Fix the Fells has carried out £10 million worth of work to repair paths and erosion scars in the Cumbrian national park since it was set up 20 years ago […]