Hawker Chan, founded by Chan Hong Meng, became famous for its simple-yet-delicious $2.50 soy sauce chicken noodle dish when it was included in Michelin’s first-ever guide to Singapore in 2016, earning one star.

After his Michelin triumph, Meng’s career took off. His brand has grown from one humble stall in a Chinatown hawker center to a franchise restaurant with locations in Thailand, the Philippines, and more.

He changed the name of the restaurant to Hawker Chan and began branching out to other dishes.

In response to a request for comment on the loss of the star, a representative of Hawker Chan sent the following statement to CNN Travel by email: “Chef Chan Hon Meng has prepared his famous soya sauce chicken rice since 2009 with his secret recipe and cooking method, which has not changed since the beginning of Hawker Chan in 2009. He has always believed that his food should be freshly prepared daily and cooking should not be done in (a) central kitchen.

“We do hope to understand why the Michelin Guide has left us out of the list this year. However, we also understand that everyone has their own opinion when it comes to food choices. We will continue to serve delicious and affordable meals as that is our vision and mission.

“We are thankful to our all Hawker Chan customers who have been supporting us since it was founded 12 years ago, and we will do our best to earn the star again for the upcoming year.”

‘Michelin has correctly stuck to their guns’

While some have applauded the Malaysia-born chef for capitalizing on his hard work, others felt the quality of the food slipped following the opening of his new establishments.

Singaporean food expert KF Seetoh tells CNN, “I think Michelin has correctly stuck to their guns and protected the dignity of the stars.”

Seetoh was a longtime friend of the late Anthony Bourdain and took the chef to several hawker centers in the Lion City. Bourdain’s support of these small, local food stalls, many of which specialize in just one dish, helped to show travelers outside of Singapore how much great food the city had to offer at every price level.

The two had been working on a hawker center concept in New York City when Bourdain died in 2018.

For Seetoh, though, the future of Singapore’s food scene depends on much more than just one chef or one restaurant.

Singapore, like nearly every country in the world, has seen its tourism industry devastated by the coronavirus pandemic. Amid border closures and local lockdowns, the food and beverage industry has been particularly hard hit.

However, the country’s high vaccination rate has spurred the Singaporean government to begin slowly reopening and developing a strategy to live safely with Covid.

Michelin under the microscope

Michelin, which is owned by the tire company of the same name, is one of the most secretive publications in the world. The names of its editors and contributors are closely guarded secrets.

The company originally began publishing travel guides for people driving in Europe, making the leap from tires to cars to tourism. In the travel guides, some restaurants would get special mentions.

Later, the star system emerged and took on a life of its own. The highest number of stars a restaurant can earn is three.

The Michelin brand became so respected in the world of fine dining that some chefs were driven into a frenzy trying to score its accolades.

French chef Marc Veyrat sued Michelin in 2019 when his famed restaurant, La Maison des Bois, was downgraded from three stars to two. Veyrat, the first chef ever to sue Michelin, wanted the company’s mysterious criteria to be more transparent, and to know the names of people who worked on the guides and what their backgrounds were.

Ultimately, Veyrat lost his suit. But he isn’t the only chef to speak out against the food bible recently.

Korean chef Eo Yun-gwon, whose restaurant Ristorante Eo was awarded a Michelin star in the 2019 guide to Seoul, complained that he did not want to be included in the book at all.

“I have filed a criminal complaint against Michelin Guide’s behavior of forcibly listing (restaurants) against their will and without a clear criteria,” Eo wrote in a Facebook post.

“Including my restaurant Eo in the corrupt book is a defamation against members of Eo and the fans. Like a ghost, they did not have a contact number and I was only able to get in touch through email. Although I clearly refused listing of my restaurant, they included it at their will this year as well.”

Over the years, Michelin had been criticized for focusing too much on Europe and North America while ignoring the rest of the world and for prioritizing high-end establishments.

Amid this criticism, Michelin created a new category, the Bib Gourmand, in 1997. According to the company, the Bib Gourmand designation recognizes a “simpler style of cooking” that is “something you feel you could attempt to replicate at home.”
It released its first guide to Tokyo in 2007 and its inaugural guide to Hong Kong and Macao two years later.

Article updated with comments from a representative of Hawker Chan. 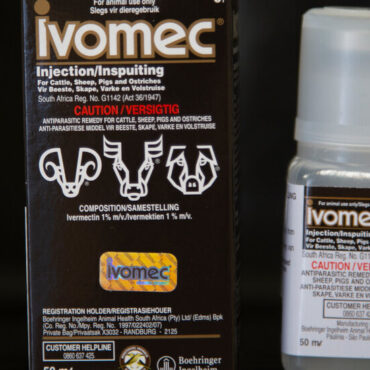 A doctor in rural Oklahoma says hospitals are backed up with patients who have overdosed on veterinary ivermectin, an anti-parasite medication. Mississippi’s health department said that 70 percent of recent calls to the state poison control center in August came from people who ingested ivermectin from livestock supply stores.The Centers for Disease Control and Prevention reported that a person had an “altered mental status” after apparently taking five pills of […]