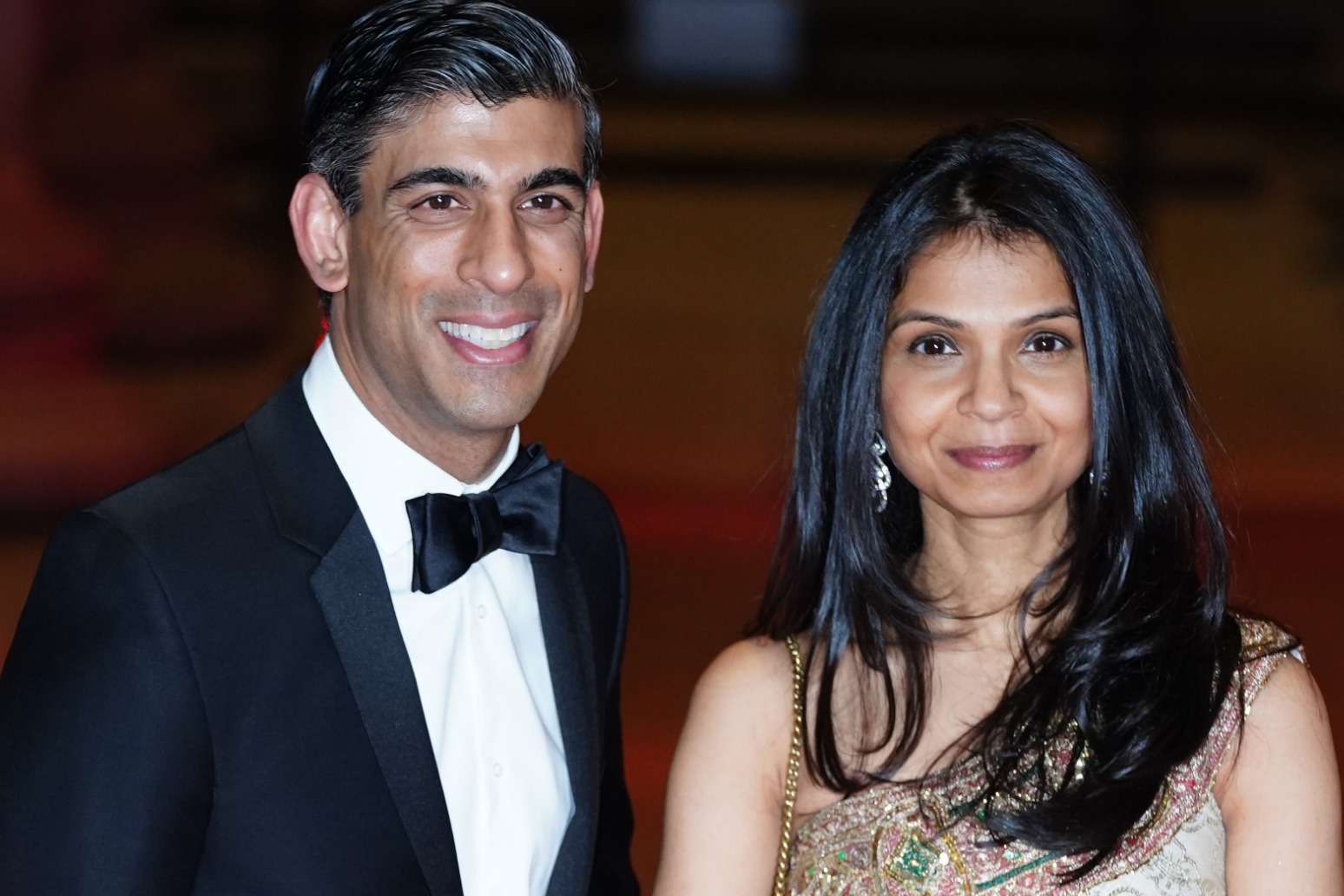 Chancellor Rishi Sunak’s wife, Akshata Murty, has said she will now pay UK taxes on all her worldwide income after disclosure of her non-domiciled status sparked a furious political row.

In a statement, Ms Murty, who remains an Indian citizen, said she was acting as she did not want her financial arrangements to be a “distraction” for her husband.

Her announcement came just hours after Mr Sunak faced further attacks after he disclosed he had held a US green card – making him a “lawful permanent resident” of the United States – while he was Chancellor.

In her statement, Ms Murty said her non-dom status – which meant that she did not pay UK taxes on income derived from outside the UK – was “entirely legal”.

However, she said it had become clear that there were many who believed it was not compatible with her husband’s position in charge of the nation’s finances.

“I understand and appreciate the British sense of fairness and I do not wish my tax status to be a distraction for my husband or to affect my family,” she said.

“For this reason, I will no longer be claiming the remittance basis for tax. This means I will now pay UK tax on an arising basis on all my worldwide income, including dividends and capital gains, wherever in the world that income arises.

“I do this because I want to, not because the rules require me to.”

Earlier, Boris Johnson insisted Mr Sunak was doing an “outstanding job” as he denied that No 10 was responsible for briefing against the Chancellor.

Mr Sunak has faced intense scrutiny following the disclosure earlier this week that Ms Murty, who is thought to be worth hundreds of millions of pounds, held non-dom status.

There were further questions after The Independent reported on Friday that Mr Sunak was listed as the beneficiary of trusts set up in the British Virgin Islands and Cayman islands to help manage the tax and business affairs of Ms Murty’s family interests.

In response, a spokeswoman close to the Sunak family said: “No-one in Akshata’s family is aware of this alleged trust.”

Earlier, a spokeswoman for Mr Sunak released a statement confirming that he held a green card while Chancellor until seeking guidance ahead of his first US trip in a Government capacity, in October last year.

The US inland revenue says anyone who has a green card is treated as a “lawful permanent resident” and is considered a “US tax resident for US income tax purposes”.

The spokeswoman said Mr Sunak continued to file US tax returns, “but specifically as a non-resident, in full compliance with the law”, having obtained a green card when he lived and worked in the States.

“As required under US law and as advised, he continued to use his green card for travel purposes,” the spokeswoman said.

“Upon his first trip to the US in a Government capacity as Chancellor, he discussed the appropriate course of action with the US authorities. At that point it was considered best to return his green card, which he did immediately.

“All laws and rules have been followed and full taxes have been paid where required in the duration he held his green card.”

On the green card, Mr Johnson said: “As I understand it the Chancellor has done absolutely everything he was required to do.”

Asked if he knew Ms Murty was a non-dom, Mr Johnson replied: “No.”

But he denied No 10 has been briefing against Mr Sunak, who is seen as the frontrunner for any possible Conservative leadership election, over his wife’s tax status.

“If there are such briefings they are not coming from us in No 10 and heaven knows where they are coming from,” Mr Johnson said. “I think that Rishi is doing an absolutely outstanding job.” 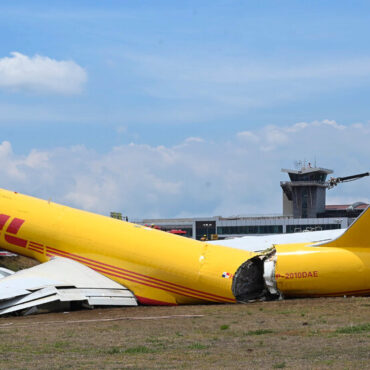 Cargo Plane Splits in Half During Landing in Costa Rica

By The Associated Press and Reuters •April 8, 2022The plane, a DHL cargo transport, was headed to Guatemala when it was forced to return to Juan Santamaria International Airport northwest of San Jose, where the airliner skidded off the runway and fell into a gully.Original story from https://www.nytimes.com