Rodrigo Duterte of the Philippines Won’t Run for Senate 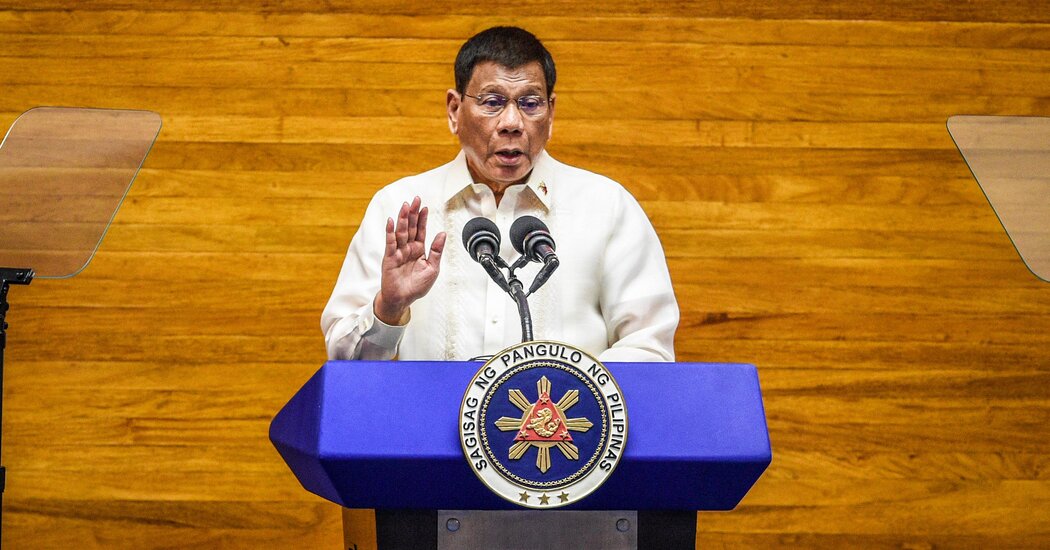 MANILA — President Rodrigo Duterte of the Philippines on Tuesday ended his bid for a Senate seat in next May’s elections, one day after promising a peaceful transition of power.

It was a surprising move by the populist, ruthless Mr. Duterte, who is constitutionally barred from seeking another six-year presidential term. He had previously announced plans to run as vice president, in what critics charged was part of a scheme to hang on to power unofficially and ward off possible prosecution by the International Criminal Court. A report from that court has said there was sufficient evidence to show that crimes against humanity had been committed in Mr. Duterte’s bloody drug war, which has left thousands dead.

However, he dropped the vice-presidential plan in October and announced that his chief aide, Senator Christopher Lawrence Go, would run instead.

Another widely reported possibility had been that Sara Duterte-Carpio, his popular daughter, would seek the presidency, but she has chosen instead to run for vice president. She is effectively the running mate of presidential candidate Ferdinand Marcos Jr., the son and namesake of the late dictator who was ousted in 1986 after two decades in power.

Mr. Duterte, 76, then said he would seek a post in the Senate. If he won, he would have at least a semblance of protection from outside forces seeking to prosecute him.

But on Tuesday, both Mr. Duterte and Mr. Go separately ended their candidacies.

It is not clear what Mr. Duterte plans next. He has vehemently denied the criminal accusations against him, and his aides have said that no International Criminal Court prosecutor would be allowed into the Philippines.

A spokesman for Mr. Duterte said in a statement that the Philippines’ leader believed that withdrawing from the Senate race would allow him to better focus on the Covid-19 pandemic response and on efforts to ensure “transparent, impartial, orderly and peaceful elections” in May.

On Monday night, in his weekly televised address to the nation, Mr. Duterte said: “As I step down in June 2022, it will be my highest honor to turn over the reins of power to my successor knowing that in the exercise of my mandate, I did my best to serve the Filipino people.”

According to early polls, the Marcos Jr. and Duterte-Carpio ticket leads a crowded presidential field. Also running are the boxer-turned-politician Manny Pacquiao, a former national police chief and Francisco Domagoso, the mayor of Manila.

In the Philippines, the president and vice president are elected separately. While the vice presidency is a largely ceremonial job, analysts say that if an opposition figure holds the post, it can provide a semblance of checks and balances on the chief executive. 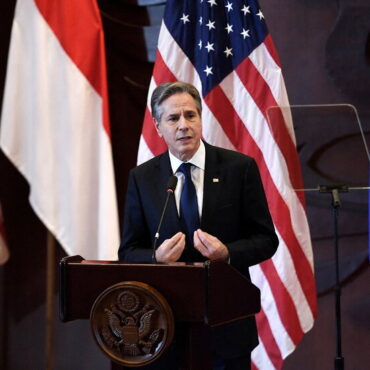 JAKARTA, Indonesia — Downplaying direct confrontation between the United States and China, Secretary of State Antony J. Blinken on Tuesday pledged to strengthen relations with Indo-Pacific nations through billions of dollars in American investment and aid and, in doing so, counter Beijing’s regional pull.That soft-power pitch was delivered at Universitas Indonesia in Jakarta, the country’s capital, and continued with a series of agreements on maritime cooperation and education and Peace […]