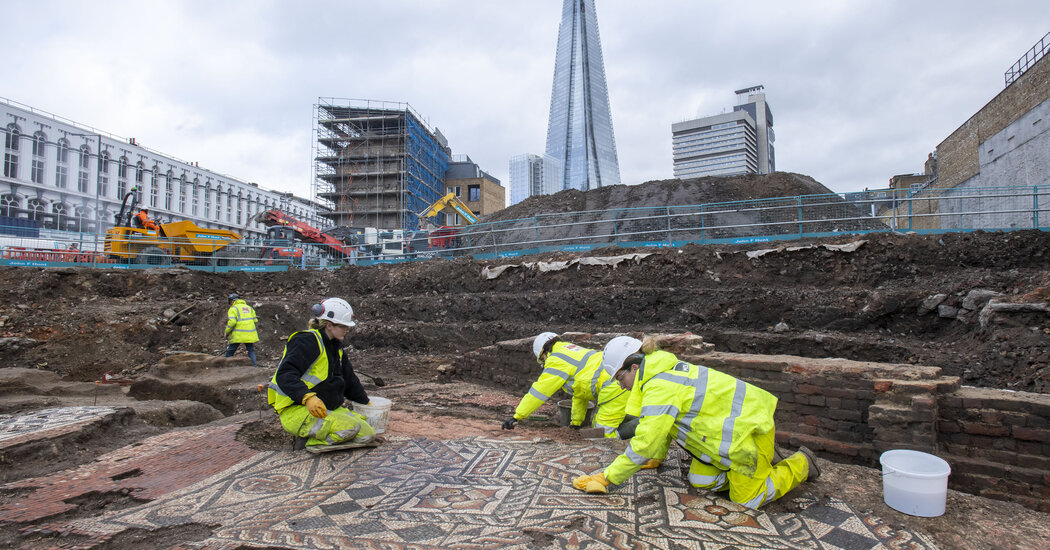 LONDON — The Southwark district in London during the Roman era is often presented as little more than a patch of swampy land lined with low-end brothels, taverns, and gambling joints. But two newly discovered mosaics in the district south of the Thames are adding to evidence that it also had a more upmarket side.

“These are exceptional,” said David Neal, an expert on British mosaics, said of the mosaics, which include dense compositions of lotus flowers and twisted rope, and are believed to have graced a dining room of a second-century building.

They “tell a great deal about Roman Southwark,” he said. “It was not a slum.”

The two extremely well-preserved mosaics are the largest to be found in London in more than 50 years. Archaeologists believe it was in a part of the building where upper-class Roman travelers drank wine and feasted on roasts after stationing their horses outside.

Archaeologists from the Museum of London Archaeology uncovered the mosaics at a site where a new development including offices, apartments, shops and restaurants is planned for a space that was most recently used as a parking lot.

“It’s amazing that it has survived there for 1,800 years,” said Sophie Jackson, who oversees London archaeological projects for the museum said of the find. “It’s actually a miracle.”

One of the two mosaics is almost ten feet long, and Ms. Jackson said that such big mosaics were rare in Londinium, or Roman London, where space was at a premium, even then.

Antonietta Lerz, the site supervisor, called it a “once-in-a-lifetime” find in London.

The archaeologists said that the living room where the mosaics were located was possibly part of a Roman “mansio,” which she defined as an upmarket inn where travelers would stop for a night to eat, drink, network with merchants, and “show off, feel important,” said Ms. Jackson.

While there is evidence that the Southwark district during Roman times was home to brothels, Ms. Jackson said the area also included some large homes, shops and artisan workshops.

The district for centuries had a permissive spirit, because it was situated outside of the more restive confines of the City of London, an area within the city itself that is now the capital’s main business district.

Brothels were a feature of the waterfront in the Middle Ages, and theaters, including William Shakespeare’s Globe, were also well-visited attractions in the area. More recently, it was home to a club, in the basement of a fitness center, that is credited with kicking off the British rave scene.

Archaeologists also identified a large building close to the mosaics, likely the private residence of wealthy Romans, where they found traces of painted walls, coins, jewelry and decorated bone hairpins.

Mr. Neal, the mosaics expert, said the design of the smaller mosaic was very similar to one found in Trier, Germany, using artisans who probably traveled and worked in both places.

The larger one was attributed to the Acanthus group, a local team of mosaicists. Mr. Neal said it had been rebuilt on top of another mosaic after the floor of the building had subsided.

“They haven’t sorted them out properly,” he said.

But he said the panels that the archaeologists uncovered were extremely well crafted.

“Often British mosaics can get a little crude,” said Mr. Neal, “these are brilliantly done.” 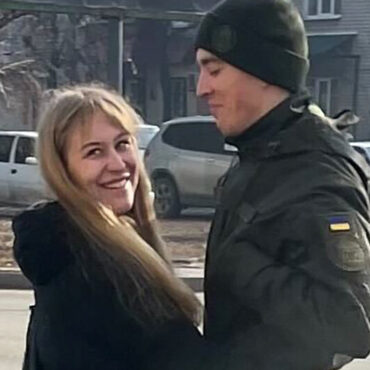 SLOVYANSK, Ukraine — The explosions began before dawn. Loud booms of artillery in the distance, shaking a region that knows conflict and death all too well. Then came an eerie silence, pierced by the crowing of roosters, as people blinkingly stepped out of their homes into the morning light.Then came the outrage, and the panic.In this small town in eastern Ukraine’s Donetsk region, not too far from where heavy fighting […]