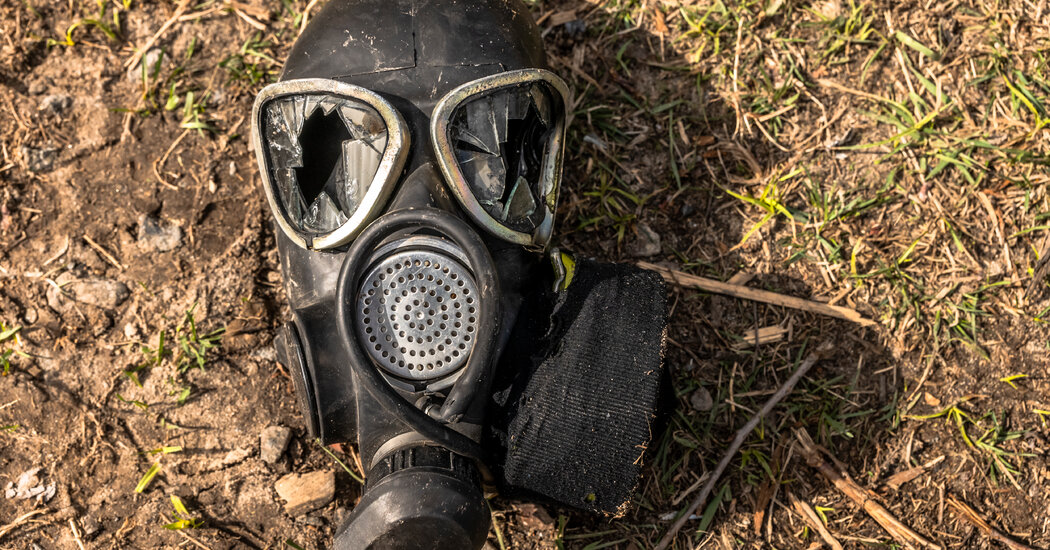 WASHINGTON — As Russian troops retreat from northern Ukraine and focus operations on the country’s east and south, the Kremlin is struggling to scrape together enough combat-ready reinforcements to conduct a new phase of the war, according to American and other Western military and intelligence officials.

Moscow initially sent 75 percent of its main ground combat forces into the war in February, Pentagon officials said. But much of that army of more than 150,000 troops is now a spent force, after suffering logistics problems, flagging morale and devastating casualties inflicted by stiffer-than-expected Ukrainian resistance, military and intelligence officials say.

There are relatively few fresh Russian troops to fill the breach. Russia has withdrawn the forces — as many as 40,000 soldiers — it had arrayed around Kyiv and Chernihiv, two cities in the north, to rearm and resupply in Russia and neighboring Belarus before most likely repositioning them in eastern Ukraine in the next few weeks, U.S. officials say.

The Kremlin is also rushing to the east a mix of Russian mercenaries, Syrian fighters, new conscripts and regular Russian army troops from Georgia and easternmost Russia.

Whether this weakened but still very lethal Russian force can overcome its blunders of the first six weeks of combat and accomplish a narrower set of war aims in a smaller swath of the country remains an open question, senior U.S. officials and analysts said.

“Russia still has forces available to outnumber Ukraine’s, and Russia is now concentrating its military power on fewer lines of attack, but this does not mean that Russia will succeed in the east,” Jake Sullivan, President Biden’s national security adviser, said on Monday.

“The next stage of this conflict may very well be protracted,” Mr. Sullivan said. He added that Russia would probably send “tens of thousands of soldiers to the front line in Ukraine’s east,” and continue to rain rockets, missiles and mortars on Kyiv, Odesa, Kharkiv, Lviv and other cities.

U.S. officials have based their assessments on satellite imagery, electronic intercepts, Ukrainian battlefield reports and other information, and those intelligence estimates have been backed up by independent analysts examining commercially available information.

As the invasion faltered, U.S. and European officials have highlighted the Russian military’s errors and logistical problems, though they have cautioned that Moscow’s ability to regroup should not be underestimated.

The Ukrainian military has managed to reclaim territory around Kyiv and Chernihiv, attacking the Russians as they retreat; thwarted a ground attack against Odesa in the south and held on in Mariupol, the battered and besieged city on the Black Sea. Ukraine is now receiving T-72 battle tanks, infantry fighting vehicles and other heavy weapons — in addition to Javelin antitank and Stinger antiaircraft missiles — from the West.

Anticipating this next major phase of the war in the east, the Pentagon announced late Tuesday that it was sending $100 million worth of Javelin anti-tank missiles — roughly several hundred missiles from Pentagon stocks — to Ukraine, where the weapon has been very effective in destroying Russian tanks and other armored vehicles.

American and European officials believe that the Russian military’s shift in focus is aimed at correcting some of the mistakes that have led to its failure to overcome a Ukrainian army that is far stronger and savvier than Moscow initially assessed.

But the officials said it remained to be seen how effective Russia would be in building up its forces to renew its attack. And there are early signs that pulling Russian troops and mercenaries from Georgia, Syria and Libya could complicate the Kremlin’s priorities in those countries.

Some officials say Russia will try to go in with more heavy artillery. By focusing its forces in smaller geographic area, and moving them closer to supply routes into Russia, Western intelligence officials said, Russia hopes to avoid the logistics problems its troops suffered in their failed attack on Kyiv.

Other European intelligence officials predicted it would take Russian forces one to two weeks to regroup and refocus before they could press an attack in eastern Ukraine. Western officials said that President Vladimir V. Putin of Russia was desperate for some kind of win by May 9, when Russia traditionally celebrates the end of World War II with a big Victory Day parade in Red Square.

“What we are seeing now is that the Kremlin is trying to achieve some kind of success on the ground to pretend there is a victory for its domestic audience by the 9th of May,” said Mikk Marran, the director general of the Estonian Foreign Intelligence Service.

Mr. Putin would like to consolidate control of the Donetsk and Luhansk regions of eastern Ukraine, and establish a land bridge to the Crimean Peninsula by early May, a senior Western intelligence official said.

Russia has already moved air assets to the east in preparation for the renewed attack on the heart of the Ukrainian military, and has increased aerial bombardment in that area in recent days, a European diplomat and other officials said.

“It’s a particularly dangerous scenario for the Ukrainians now, at least on paper,” said Alexander S. Vindman, an expert on Ukraine who became the chief witness in President Donald J. Trump’s first impeachment trial. “In reality, the Russians haven’t performed superbly well. Whether they could actually bring to bear their armor, their infantry, their artillery and air power in a concerted way to destroy larger Ukrainian formations is yet to be seen.”

Russian troops have been fighting in groups of a few hundred soldiers, rather than in the bigger and more effective formations of thousands of soldiers used in the past.

“We haven’t seen any indication that they have the ability to adapt,” said Mick Mulroy, a former senior Pentagon official and retired C.I.A. officer.

The number of Russian losses in the war so far remains unknown, though Western intelligence agencies estimate 7,000 to 10,000 killed and 20,000 to 30,000 wounded. Thousands more have been captured or are missing in action.

The Russian military, the Western and European officials said, has learned at least one major lesson from its failures: the need to concentrate forces, rather than spread them out.

But Moscow is trying to find additional forces, according to intelligence officials.

Russia’s best forces, its two airborne divisions and the First Guards Tank army, have suffered significant casualties and an erosion of combat power, and the military has scoured its army looking for reinforcements.

The British Defense Ministry and the Institute for the Study of War, a Washington think tank that analyzes the Ukraine war, both reported on Tuesday that the Russian troops withdrawing from Kyiv and Chernihiv would not be fit for redeployment soon.

“The Russians have no ability to rebuild their destroyed vehicles and weapon systems because of foreign components, which they can no longer get,” said Maj. Gen. Michael S. Repass, a former commander of U.S. Special Operations forces in Europe who has been involved with Ukrainian defense matters since 2016.

Russian forces arriving from Abkhazia and South Ossetia, two secessionist statelets that broke away from Georgia during the 1990s and then expanded in 2008, have been conducting peacekeeping duties and are not combat ready, General Repass said.

Russia’s problems finding additional troops is in large measure why it has invited Syrian fighters, Chechens and Russian mercenaries to serve as reinforcements. But these additional forces number in the hundreds, not thousands, European intelligence officials said.

The Chechen force, one of the European intelligence officials said, is “clearly used to sow fear.” The Chechen units are not better fighters and have suffered high losses. But they have been used in urban combat situations and for “the dirtiest kind of work,” the official said.

Russian mercenaries with combat experience in Syria and Libya are gearing up to assume an increasingly active role in a phase of the war that Moscow now says is its top priority: fighting in the country’s east.

The number of mercenaries deployed to Ukraine from the Wagner Group, a private military force with ties to Mr. Putin, is expected to more than triple to at least 1,000 from the early days of the invasion, a senior American official said.

Wagner is also relocating artillery, air defenses and radar that it had used in Libya to Ukraine, the official said.

Moving mercenaries will “backfire because these are units that can’t be incorporated into the regular army, and we know that they are brutal violators of human rights which will only turn Ukrainian and world opinion further against Russia,” said Evelyn N. Farkas, the top Pentagon official for Russia and Ukraine during the Obama administration.

Hundreds of Syrian fighters could also be heading to Ukraine, in what would effectively return a favor to Moscow for its helping President Bashar al-Assad crush rebels in an 11-year civil war.

A contingent of at least 300 Syrian soldiers has already arrived in Russia for regular training, but it was unclear if or when they would be sent to Ukraine, officials said.

“They are bringing in fighters known for brutality in the hopes of breaking the Ukrainian will to fight,” said Kori Schake, the director of foreign and defense policy studies at the American Enterprise Institute. But, she added, any military gains there for Russia will depend on the willingness of the foreign fighters to fight.

“One of the difficult things about putting together a coalition of disparate interests is that it can be hard to make them an effective fighting force,” she said.

Finally, Mr. Putin recently signed a decree calling up 134,000 conscripts. It will take months to train the recruits, though Moscow could opt to rush them straight to the front lines with little or no instruction, officials said.

“Russia is short on troops and is looking to get manpower where they can,” said Michael Kofman, the director of Russian studies at C.N.A., a research institute in Arlington, Va. “They are not well placed for a prolonged war against Ukraine.” 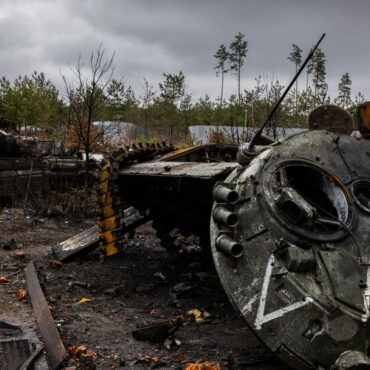 With the Biden administration sending dozens of armed drones to Ukraine, the Pentagon is training Ukrainian soldiers in the United States to use the weapons to attack Russian tanks and other armored vehicles.Defense Secretary Lloyd J. Austin III disclosed the training for the first time in House testimony on Tuesday. Pentagon officials offered more details on Wednesday about what the military calls Switchblade drones and how U.S. officials are instructing […]