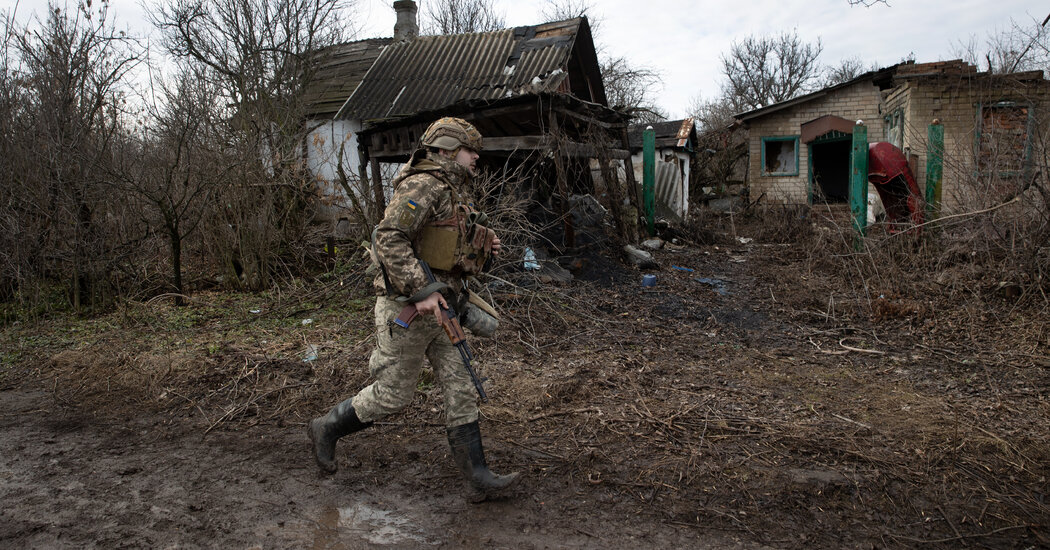 SLAVIANSK, Ukraine — Russian mercenaries with experience fighting in Syria and Libya have covertly trickled into two rebel territories in eastern Ukraine, helping to lay the groundwork for war, according to two senior European security officials.

The mercenaries, which so far number about 300, are with the Russian paramilitary group Wagner and arrived in the separatist enclaves of Donetsk and Luhansk wearing civilian clothes, according to the European officials. Western intelligence services have tracked them leaving Libya and Syria and arriving in Russian-controlled Crimea, from where they have filtered into the rebel territories, one of the officials said.

Their numbers are tiny compared to the estimated 190,000 troops that President Vladimir V. Putin of Russia has placed around Ukraine’s border as he threatens to wage what many fear could be the bloodiest conflict in Europe since World War II.

But the presence of Wagner fighters is another ominous sign of the approach of war, and raises the possibility that Mr. Putin may follow a playbook used in 2014, when the Kremlin deployed Russian mercenaries, mostly veterans of the Russian military, to augment the forces of rebel fighters in eastern Ukraine.

The precise purpose of the mercenaries is a subject of debate. One of the officials said the mercenaries had been placed in the rebel territories to engage in sabotage and stage false flag operations intended to make it seem as if Ukrainian forces were attacking civilian targets.

But the second senior official, who is with Ukraine’s military, said the mercenaries began arriving two months ago and were primarily brought in to fill out the ranks of the separatist forces, to make it seem like local fighters were leading the charge. The Ukrainian official, interviewed on Wednesday, said it was Russian intelligence services that were responsible for sabotage.

Both officials spoke on condition of anonymity to freely discuss sensitive intelligence findings.

Ukraine is at a moment of intensifying anxiety. For months, even as Russian troops have amassed on their borders, Ukrainians have been largely sanguine and their government mostly dismissive of increasingly alarmist rhetoric from the West that a Russian invasion could be at hand.

But the mood appears to have changed dramatically almost overnight.

In the eastern Ukrainian city of Kharkiv, less than a few dozen miles from Russian forces across the border, soldiers dressed in body armor and carrying automatic weapons had set up checkpoints on Wednesday and were checking cars, seemingly at random.

This week, Ukraine’s defense minister, Oleksii Reznikov, wrote a blunt open letter to Ukraine’s troops, warning them to prepare for the worst.

“Ahead lies a difficult test,” he wrote. “There will be losses. You will have to go through pain and overcome fear and despondency.”

Last month, the White House warned that the Russian military was sending saboteurs into eastern Ukraine to stage events U.S. officials said could be used to fabricate a pretext to war. That warning appears to have come to fruition, at least according to Ukrainian officials, who pointed to a recent spate of curious incidents, including the detonation of a bomb in the vehicle of a rebel security official, and a bizarre report by Russian government media that five Ukrainian soldiers were killed trying to launch a sneak attack across the Russian border. Ukrainian officials have said each of these incidents was fabricated. It was not clear whether any mercenaries were involved in these episodes.

The use of mercenaries is regarded as a key feature of the Kremlin’s military strategy around the world. But the strategy was born and honed in Ukraine, beginning in 2014, when Moscow sought to disguise its involvement in supporting what it publicly was calling a popular, democratic uprising against Ukraine’s government.

Understand How the Ukraine Crisis Developed

Failed diplomatic efforts. The United States, NATO and Russia have been engaged in a whirlwind of diplomacy to prevent an escalation of the conflict. In December, Russia put forth a set of demands, including a guarantee that Ukraine would never join NATO. The West dismissed those demands and threatened economic consequences.

The involvement of mercenaries, as well as regular Russian soldiers, was never easy to hide. Dead and wounded fighters turned up at hospitals in the eastern Donbas region with Russian passports. The bodies of young men, riddled with shrapnel, would unexpectedly turn up in their home villages deep within Russia with no explanation of how they died.

Moscow has consistently denied that professional Russian soldiers have taken part in any fighting in Ukraine, though the United States and Ukraine say that tens of thousands of Russian troops have been deployed over the years to fight in the separatist enclaves, even before the recent military buildup.

But Russia has acknowledged the participation of what it calls “volunteers,” saying they choose to spend their holidays assisting fellow Slavs fighting against what Moscow has called a fascist regime in Ukraine.

Wagner is the best-known of an array of Russian mercenary groups, which over the years have become more formalized, acting more like Western military contractors.

Wagner’s fighters have gained military experience in wars in the Middle East and serve as security advisers to various governments, including in the Central African Republic, Sudan and, most recently, Mali. Though they are loosely tied to the Russian military, they operate at a distance, which has allowed the Kremlin to deny responsibly when fighters engage in unseemly behavior.

In 2017, the Trump administration sanctioned Dmitri Utkin, the commander of the Wagner group, for his role in recruiting soldiers to join separatist forces in Ukraine. In 2021, a United Nations report found that mercenaries from Wagner based in the Central African Republic had killed civilians, looted homes and fatally shot worshipers at a mosque.

Several years earlier, Wagner fighters in Syria, together with Syrian pro-government forces, launched a massive artillery barrage against American commandos at a desert redoubt, apparently in an attempt to seize oil and gas fields the Americans were protecting. In response, the Americans called in airstrikes that resulted in 200 to 300 deaths.

In both cases, the Russian government denied involvement. 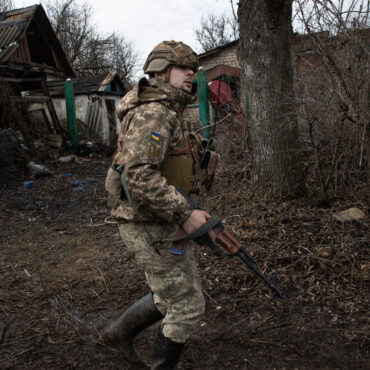 We’re covering the world preparing for possible war in Ukraine and China’s inward focus under Xi Jinping.Ukraine in a state of emergencyIn its most dire assessment yet, the Pentagon said on Wednesday that 80 percent of the 190,000 Russian troops and separatist forces in or near Ukraine are in combat-ready positions, and that a full-scale military assault is most likely imminent. Here are the latest updates.Ukrainians braced for all-out war […]