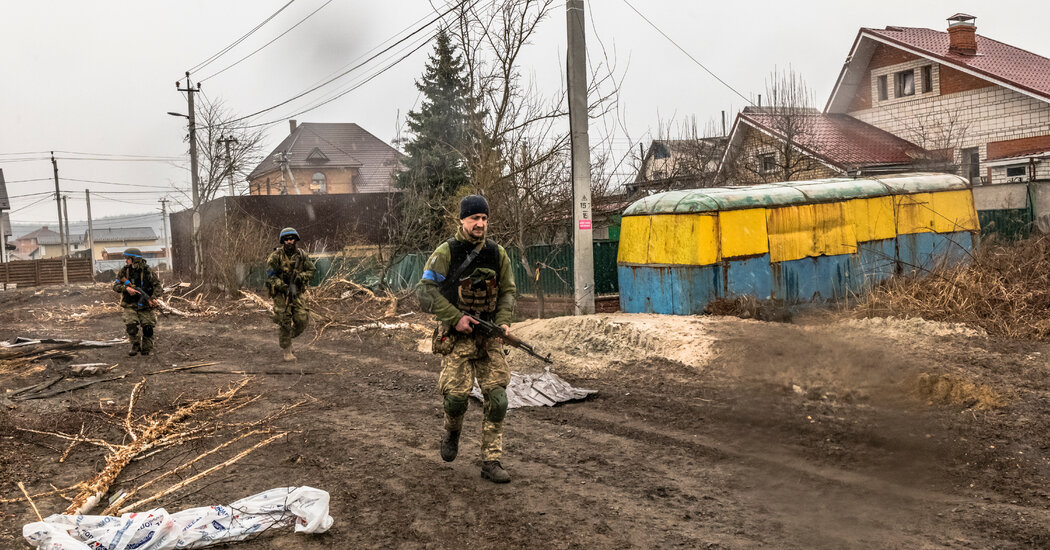 ISTANBUL — Russia’s lead negotiator said on Wednesday that peace talks with Ukraine appeared to be on the verge of a breakthrough, even as other officials voiced skepticism and pro-Kremlin commentators heaped scorn on the talks — mixed messages that underscored the lack of clarity over President Vladimir V. Putin’s goals in the invasion and the uncertainty over whether progress in the talks was real.

The Kremlin’s chief negotiator, Vladimir Medinsky, read a statement broadcast on state television that described Ukraine’s proposal on Tuesday to declare neutrality as a core concession to Russia, just hours after the Kremlin’s spokesman, Dmitri S. Peskov, said that the talks in Istanbul had produced nothing “very promising.”

In the broadcast, Mr. Medinsky said, “Yesterday, the Ukrainian side for the first time outlined its readiness, in writing, to fulfill a number of important conditions for building normal and, I hope, good neighborly relations with Russia.”

He listed a series of concessions, like refusing to host foreign troops, that he said Ukraine was prepared to make. “If these conditions are fulfilled, then the threat of a NATO bridgehead being created on Ukrainian territory will be liquidated,” Mr. Medinsky said.

He said Russia was determined to keep negotiating, and Mykhailo Podolyak, a member of Ukraine’s delegation in Istanbul, said the talks had yielded “proof of the viability of Ukrainian statehood.”

“The revision of global security principles & the role of institutions begins,” Mr. Podolyak said on Twitter.

The positive language from the negotiators clashed markedly with hard-line rhetoric coming out of Moscow, where supporters of the war decried Mr. Medinsky’s diplomacy as bordering on traitorous.

“Any talks with Nazis before your boot is on their throat are perceived as weakness,” Vladimir Solovyov, a popular state television host, said on his YouTube show, reprising the Kremlin’s false characterization of the Ukrainian government as “Nazis.” “You cannot meet with them or talk to them.”

And Mr. Peskov, the Kremlin’s spokesman, was far more cautious than Mr. Medinsky in his comments earlier Wednesday. He said that Ukraine’s willingness to put some proposals in writing was a “positive factor,” but that there was little progress to report otherwise.

“We do not see anything very promising or any breakthroughs,” Mr. Peskov told reporters. “Very, very long work is ahead.”

Energy concerns. Germany activated the first step of an emergency plan that could lead to the rationing of natural gas within the country. The move comes amid growing concerns that Russia could cut off deliveries unless payments on existing contracts were made in rubles.

Some Russian analysts and Western officials see the diplomacy as little more than a way to buy time while Russian troops regroup. Russia’s promise to wind down military operations around Kyiv, which the Russian Defense Ministry cast as a good-faith gesture of de-escalation, in reality appeared to be a way to explain away a battlefield defeat.

Russia forces around Kyiv were “regrouping,” the Defense Ministry said on Wednesday, although that assertion could not be independently confirmed. The aim of gathering forces near Kyiv was all along not to take the city, but to tie up and weaken Ukrainian troops in the area, the ministry claimed in a statement.

“All these goals were achieved,” the ministry said, adding it would now focus on “the final stage of the operation to liberate” the Donbas area of eastern Ukraine.

Mr. Putin himself has not commented on what the Kremlin calls a “special military operation” in Ukraine since March 18. Tatiana Stanovaya, founder of the France-based political analysis firm R. Politik, noted that much of what Ukraine proposed on Tuesday would be a nonstarter for Mr. Putin, such as the idea that there would be a 15-year negotiating process about the status of Crimea — something that Mr. Putin, who annexed the Ukrainian peninsula in 2014, says is nonnegotiable.

She described the negotiations as, most likely, a feint rather than a signal that Russia was ready to wind down the war. But she noted that — as was the case in the run-up to the invasion — senior Russian officials were unlikely to know what Mr. Putin was really planning, leading to this week’s mixed messages.

“The problem with the Russian regime is that, once again, no one understands what Putin wants,” Ms. Stanovaya said. “As a result, we get this informational chaos.” 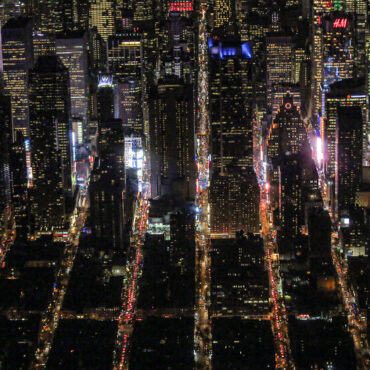 As a child in Chicago, Stephanie de Silva found that the city helped her get where she was going. Streets had directional names like “West” or “North,” and they often met at neat right angles. If all else failed, Lake Michigan could situate her.But when Ms. de Silva, 23, moved to London, where she now studies cognitive science, she suddenly could not navigate to a restaurant two blocks from home […]